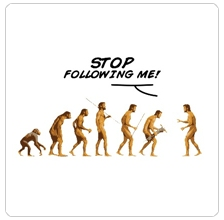 Are we all just following the herd?

How did you decide to buy your last vehicle?

When you purchased or leased your last vehicle, did you decide to buy that car, SUV or truck because you had researched how fuel efficient, reliable and safe it was or was it because someone persuaded you to buy it? My money is on the later. Someone convinced you that a particular model was popular and fashionable so it must be good. If you did; no reason to dismay. Most of us, it seems, follow the same rationale when making, seemingly, well thought out purchasing decisions. In 1949, Sociologist Robert Merton dubbed this tendency, “self fulfilling prophecy”. Since then social scientists have been trying to measure the true effect and reach of this proclamation.

Based on the studies conducted using the Internet, it seems quite clear that more often than not, we are just a sheep in a large herd. Duncan Watts, a pioneer in Network Theory and a scientist at Yahoo and Columbia University, wanted to test the strength of self fulfilling prophecies a few years ago. To properly explore this phenomenon, he realized, one must go back in time. I can argue that a certain model is popular because it has all the right mix of qualities that makes a vehicle succeed in the market place. You can counter argue that it was sheer luck. Since there is no way for us to travel back in time, there has to be another way to resolve this conundrum. Watts and his fellow scientist, Matthew Salganik, devised an ingenious way to test the true power of self fulfilling prophecy. They created a music download website and uploaded 48 songs by unknown bands. Users would log on and listen to the songs. They would rate and then download them. Users could also see how other users rated these songs and how many downloaded them. Some tunes became hits, the others duds. Since users could see ratings left by others; it influenced their own decision due to social pressure when rating different songs, just like Robert Merton predicted. Watts and Salganik repeated this experiment over and over, each time with a new group until they collected results from 12,900 unique participants. Each group started fresh, listened to the same songs and made up their own collective mind. Results were quite revealing. Different songs were hits with different groups. Some of the songs were frequent hits but not always. Same way, some of the songs were duds but not always. Success or failure of a song seemed random. But Watts concluded that half of the song’s success could be attributed to its inherent appeal, the rest has to be due to the social pressure from the rest of the group.

To test this hypothesis, they devised a devious spin on the original experiment. They took the song ratings of a group and inverted them, making the duds appear most popular. They repeated the experiment with fresh, new, groups with false ratings essentially telling them that songs that weren’t popular were in fact very popular. Not surprisingly, the new groups followed the fake ratings ever so dutifully and not only rated the previously dud songs high but downloaded them too. They repeated this experiment, with fake ratings, and collected the same number of samples from unique users as in the previous experiment.

The conclusion was so simple and so harsh at the same time; our decisions are influenced quite extensively by people around us. It is quite possible that initial buzz about a product is in fact generated by paid operatives. Once a herd is formed around that product, we just follow it, albeit assured that we are acting on our own caprice.

Does this experiment proves that a Toyota Corolla would always remain one of the most popular models in the market; maybe not but my money again is on self fulfilling prophecy.

Part 1: How to keep your car always new – PakWheels style!