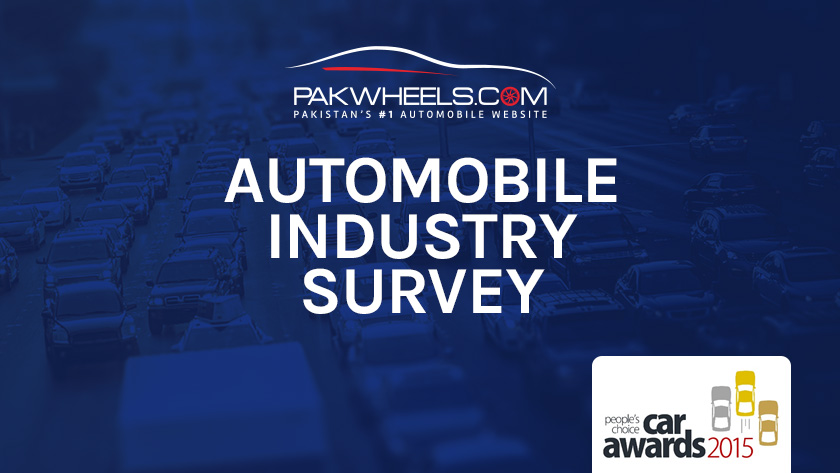 Third edition of the Auto Industry Survey published lately by PakWheels.com, Pakistan’s #1 Auto Portal, has revealed new insights into the automotive sector of Pakistan, including people’s buying and selling habits, patterns and preferences. Due to the large sample size, i.e. 11,000+ respondents, the survey truly reflects the choices and preferences of Pakistanis from all age brackets, industry sectors and income levels.

The survey revealed that 75% of the drivers on Pakistani roads are breaking the law by not complying with the Provincial Motor Vehicles Ordinance, 1965, which mandatorily requires every car in Pakistan to be insured. According to the survey, only 25% of Pakistanis have their cars insured, which is primarily because they are bank financed and insurance is mandatory for financed cars.

While the violation of insurance specific law could be attributed to lack of knowledge about this ordinance, the fact that significant number of drivers are also driving without a license points to a deeper issue at societal level. Survey revealed that alarming 24% out of the survey respondents drive cars without a license in Pakistan with 41% of them being even below the age of 21 years.

Survey further validated that Toyota Corolla is the most preferred car of Pakistan followed by Honda City, Honda Civic, Suzuki Mehran and Suzuki Cultus respectively. As expected, the market is still dominated by Big 3 brands Suzuki, Toyota and Honda. The anticipated entry of other auto manufacturers in Pakistan, including Nissan, Datsun, Renault, Volkswagen etc. in the near future could give a really tough time to the Big 3 in Pakistan.

The survey has also thrown light onto the car buying habits of Pakistanis with 60% of the respondents buying used cars and 40% buying new cars. Though auto financing has seen rapid growth over last 2 years, yet according to the survey, only 22% of the new car owners and 5% of the used car owners purchased through auto financing or loan. These numbers give a clear indication that banks will witness significant growth in auto financing in the coming days.

While safety, comfort and other features are top of list when it comes to consumer preferences when buying a car in developed markets like US, Europe, etc., the survey revealed that Pakistani customers still consider fuel efficiency and resale value far more important than safety and other features. This could be one of the reasons that certain mandatory safety features like Airbags in western markets are missing from majority of the locally assembled vehicles.

Although YouTube, Facebook, and other online digital mediums have significantly altered the viewing and listening habits of people, they have yet to make significant inroad into car, as survey revealed that a massive 74% of consumers are still listening to radio while driving.

“With 50% of Pakistan’s internet population engaged with us, we take great pride in being the consumer voice when it comes to auto industry and these yearly surveys provide insight into future of auto industry in Pakistan” said Muhammad Raza Saeed, CEO PakWheels.com.

PakWheels.com was established in 2003 and has since then, helped millions of Pakistanis with buying and selling cars, bikes, auto parts; car news, reviews and information.

Steps That can Boost Automotive Industry of Pakistan in the Future