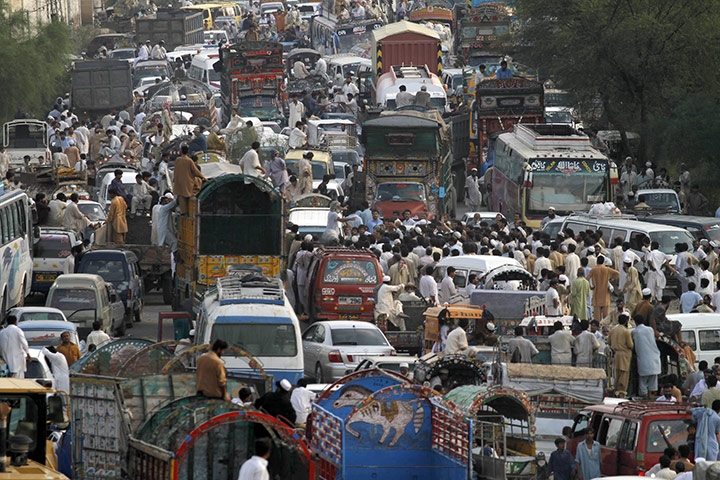 Yesterday, there was a report that said that 30000 traffic accidents occur every year in the city of Karachi. And the three main reasons for the most of the accidents include over speeding, unskilled and unlicensed drivers, and dangerous overtaking attempts. DIG Karachi Traffic Police also mentioned that five fatal accidents happen every two days. That is a dangerous number of fatalities.

And yesterday, a colleague forwarded an interesting online article about the same sort of the thing. The article is written by James O’Malley, a British author, and he states that there is a correlation between the behavior of motorists on the roads, especially road accident fatalities, and the level of corruption in the government.

Around 1.25 million people die in traffic-related accidents around the globe. The data suggests the 3rd world countries or even developing countries have far more traffic related fatalities than developed countries. Countries like India and Pakistan have a high amount of such deaths as well. Thailand and Iran have the most number of traffic fatalities across the globe. James, however, added his own findings of the corruption and traffic accidents and shed some light on the correlation.

As an example, he took Romania, a middle-class country to prove his case. After his recent trip to Romania, O’Malley found the traffic behavior very aggressive and tense (he should visit Pakistan someday). O’Malley mentions that Romania experienced 9.3 road deaths per 100,000 people, compared to just 2.8 in the UK. He references a 2012 book, Why Nations Fail, that says that any country’s economic growth is depends on the behavior and efficiency of that country’s institutions. The book claims that economic growth will only happen if the institutions are “inclusive” instead of “extractive.”

Simply put, the country will prosper if the small group of the elite will stop exploiting the lower and middle-class masses to boost the economy; meaning you need a government will uphold the rules and law for not only the masses but for itself as well. Punish the corrupt, whether an entrepreneur or an elected government officials and the bureaucracy.

To expand on it further, James to traffic fatalities figures (per 100,000 people) from World Health Organization and compared those to the scores issued by the World Justice Project on Rule of Law. He states that there are 94 countries that are present in both databases. The data revealed correlation coefficient of -0.68.

But it does not mean that one thing causes the other. There is a correlation with average income as well.

He also took the data issued by Organisation for Economic Co-operation and Development (OECD) of how much trust people have in others. Less trust meant more accidents. And the people of countries that have the less rule of law also don’t trust others. People don’t trust others to follow the traffic rules and end up hitting each other on the roads.

It is no doubt an interesting point of view. But to think of it, the roads and general conditions of traffic do reflect, in some way, the way the country is being run. Maybe that describes our country as well. Drive safe!