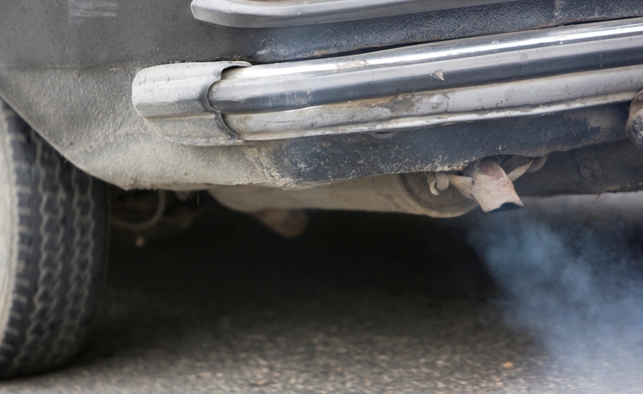 Car Burning Engine Oil: Things To Consider Before Handing It Over To Mechanics

I received the following e-mail from Mr. Ali of Wah Cantt regarding the condition of his car’s engine.

I have a problem and look forward for your recommendation. I own a car Suzuki Khyber 1993. Problem started a few months back when it started decreasing engine oil. Nothing has happened to the pick till now, just oil gets reduced and I put some extra every time I find it decreased. I consulted a few mechanics they told me only to replace its rings, but when I went to one of the Suzuki Authorized Workshop for their suggestion, they recommended a complete overhaul without inspecting the vehicle and the cost will be Rs46,000. Also they assured me for a one year (20,000 KM) warranty. When I talked about it with my colleagues they were surprised to know about Rs 46,000 figure. [sic]

One thing to be determined is how much oil the engine is burning. A general rule of thumb is to consider EXCESSIVE oil consumption a condition in which a litre of oil is consumed in less than 1100 kms. One litre per 2400 Kms may be considered okay-ish oil mileage.

Before considering engine repair I would suggest that one should get the radiator cleaned and then check the oil consumption again. Since a dirty radiator (internally and externally) does not cool the engine efficiently. The engine oil gets thinner resulting in more oil consumption. Also make sure that there are no oil leaks from the front or rear engine seals or rocker arm cover (tappet cover).

The mechanics that have suggested replacement of piston rings are partially correct. But the true picture will only emerge once the engine is completely disassembled. A good mechanic will closely inspect the engine components as below:

During the repair/overhaul, the piston rings, cylinder head gasket kit, cylinder block gasket kit, belts (timing, alternator, A/C), spark plugs, points and condenser (not applicable to Suzuki Khyber), clutch plate and bearings would be expected to be replaced. The radiator would be sent to the radiator shop for cleaning, the alternator and starter to the electrician for servicing/repair. Once the engine is lying in a disassembled condition (and you can’t go anywhere) they (the mechanics) will begin to tell you what other parts are also required.

Regarding the Suzuki Authorized Workshop making an estimate of Rs46,000/- without inspecting the vehicle, they have made this judgement based on their experience and the life of the car/mileage. If their estimate appears on the higher side, keep in mind that they also are giving a one-year or 20,000 km warranty. One must if other mechanics are also giving a warranty on their work.

To sum it all up, if you replace all the required engine parts at the same time you can expect trouble free engine service for another 5 to 6 years. Whereas if you only replace the piston rings, you may have to go for a major overhaul after only a year or two. This is a big decision and one must consider all factors before taking a step.