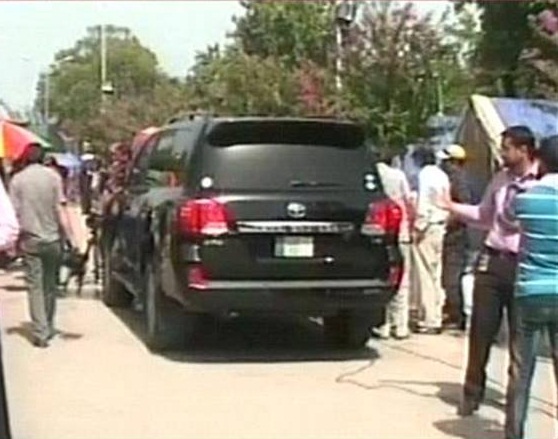 According to Pakistan Awami Tehreek’s President, Rahiq Abbasi, due to the presence of jammers around the protest site, automatic locks have stopped functioning in the Land Cruiser and the doors have bolted shut and there’s no way in as even the manual locks aren’t working due to probably some fail-safe installed by the armor company.

Perhaps Mr. Qadri may now have to walk among his protestors?

The 10 best roads to drive in Pakistan