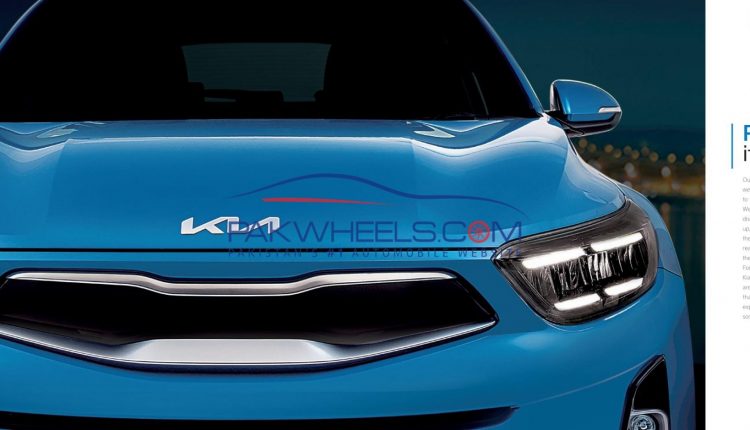 The price of KIA Stonic has been revealed. KIA Lucky Motors announced during an event for unveiling of this new B-Segment subcompact crossover SUV. As we told you earlier, the company has launched two variants of the car, i.e., EX and EX+. Both cars are launched in 1400cc engine in the local market.

According to details, the price are:

These are Ex-Factory Prices.

Here are official specs and features of this new vehicle.

Engine and Transmission of KIA Stonic

As per the brochure,  KIA will launch both variants of Stonic with 1400cc MPI engine, which produces 99hp and 134Nm torque. The car has a 6-Speed Automatic Transmission with Front Wheel Drive (FWD) drivetrain.

The headlamps in EX are Bi-Function Projection Halogen with Static Bending, while they are LED in the EX+. Both have LED DRLs, Bulb Fog Lamps, and Position Lamps. Meanwhile, the first variant will not come with Sunroof, while the latter one has it. Moreover, both variants have Electrically Adjustable +Retractable + Heated Side View Mirrors.

The Front Grille in EX is Matte Black, while it is Piano Black in EX+.  Furthermore, the first variant will have 15-inch Alloy Rims, against 16-inch Alloy ones in the second variant.

The first thing you will notice is an 8-inch Floating Infotainment Touchscreen in both variants. The size of TFT Cluster is 3.5-inch in the first variant, while it is 4.2-inch in the second one.  If we talk about AC, both have Automatic one. The Seat Material in EX is Fabric, against Fabric + Artificial Leather in the EX+. Lastly, both variants have Height Adjuster in Driver Seat.

And now, the most important aspect, the safety features. The upcoming crossover has 5 Airbags, ABS + Vehicle Stability Management (VSM) and Hill Start Assist. It also has ISO Fix Child Anchor and 5 Seat Belts.  So, it means the car would be extremely safe for you and for your family for travel.