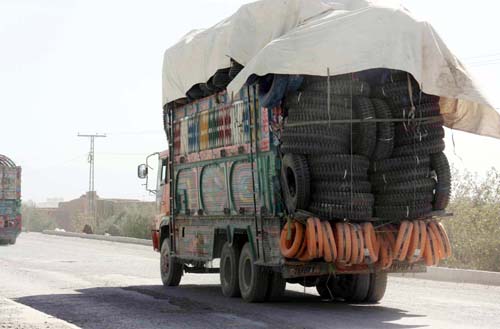 General Tyre has sent a letter to the Federal Board of Revenue (FBR) to take all the necessary measures to curb the illegal tyre trade activity being done through our borders.

As per the details in the letter, CEO General Tyre Hussain Kuli Khan has argued that due to illicit trade people have lost their jobs, foreign exchange has gone down, the local industries are suffering a lot, and the same is happening with tyre industry.

Smuggling is eating up the local tyre industry, it should be not allowed at all. While speaking with PakWheels.com, one of the officials of the company told us that this is not the first time they have approached the government and the concerned departments to aware them the consequences of tyre smuggling on the local tyre industry and asked them to help them, but it was to no avail.

We are confident and hopeful that this government will do something in this regard, he added.

One of the industry sections has recommended to the government to remove Regulatory Duty (RD) on smuggling prone items, however, the General Tyre CEO argued that this is not the solution as “the imposition of RD to preserve foreign exchange by reducing imports last year has reduced the number of tyres imported but not as drastically.”

“This shows that the total percentage of imported tyres has only dropped on average by 11% after RD being imposed. As per the stats, smuggling meets over 52% of the tyre demand. If we take the 11% of imposed regulatory duty out, rest 41% (52-11) is still being smuggled regardless of the imposition of RD or not. Smuggling needs to be stopped and even at 41% it is too large of a figure to ignore”, he further stated.

In the letter forwarded to FBR, it was also pointed out that despite zero % duty on tyres from China, Truck Bus Radial (TBR) tyres are still being smuggled into the country from China. The government should look into this, argues CEO.

The government should make good policies so that country’s own tyre manufacturing base grows and we lessen our reliance on imported tyres. Here are few recommendations General Tyre has given to FBR to curb the menace of smuggling,

That’s it from our side drop your thoughts in the comments section below.