Punjab government’s E-Challan system is surely praised worthy, but it has some critical loopholes or shortcomings. Brief research by PakWheels found two mistakes in the E-Challan sent to the consumers.

The first fault is regarding the address of violator. While issuing E-Challan, the system extracts information from database of Excise and Taxation Department for address, registered against the vehicle. According to our sources, the database is not up-to-date, hence, the police face issues in delivering the E-Challan. The Excise department must update its record, so that this system can run smoothly and give proper results.

The second error in the system is about the 20 penalty points. Theoretically, these points must increase with every new violation.  For example, if a citizen received a challan and did not pay, it should be mentioned on next challan. But this is not the case, the points remain Zero on every new E-Challan This error gives a benefit to the defaulter, because his violation points will remain nil, hence, he could not be punished accordingly. 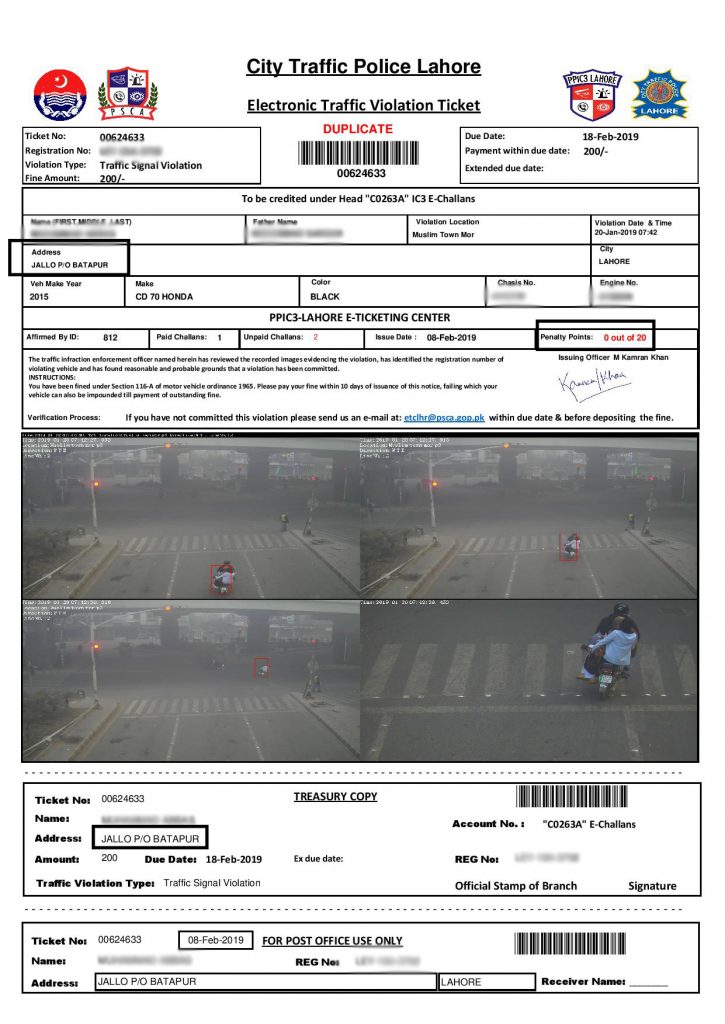 Meanwhile, the provincial government has announced to take strict action challan defaulters. In a tweet, City Traffic Police Lahore said that defaulters would be apprehended in different police stations and sectors across the city. “17 special squads and 34 traffic wardens have been formed for this task,” the tweet said, adding that teams are allocated at Jail Road, Mall Road, Ferozepur Road, and Main Boulevard Gulberg.

The city police further stated that operation will continue on a daily bases. “Car and motorbike documents of the violators will be confiscated and only be returned after payment of challan,” the police said.

Recommended For You: Punjab Govt Makes Motor Registration Easy For You!