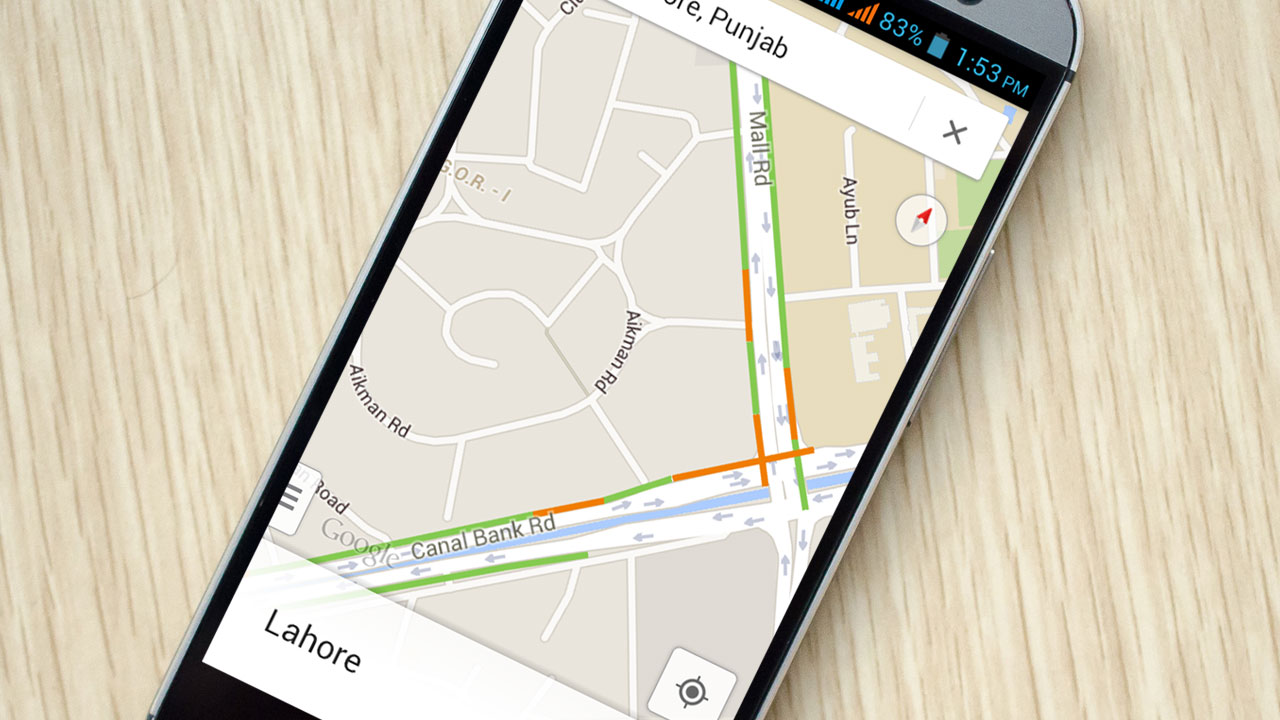 After a long wait, Google Live Traffic updates have been in enabled in a lot of cities of Pakistan. Google Maps allow a user to check for the traffic conditions on their route, or any route for that matter and use that information to plan a better route for themselves. 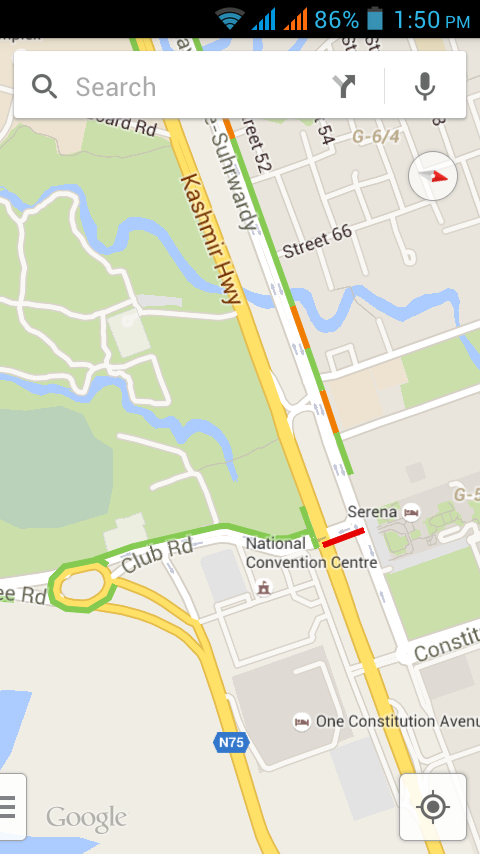 This service is especially more useful in countries like Pakistan compared to developed countries because anything can happen over here in a moment’s period at any road that changes the condition of the traffic within minutes. (its called ‘Accordion Effect’) This is why, the use of this service can provide relief to many people leaving from work to go home on time. However, Google’s Live Traffic doesn’t only tell you about the routes under severe rush, but it also tells you the times these routes have rush hours so you can choose the right route for the right time.

But first, we need to understand that how does this service works. In a country where there is no ‘traffic flow management system’ in place, how and where does Google gathers this data? Yup, it sitting right there in your pocket; your Android Smartphone feeds Google the data about how many phones are stuck in one place and then plots them on Google maps to ascertain their location and through GPS, it measures how fast they are moving and that is how it is able to tell the pace of the traffic.

After the arrival of 3G/4G in Pakistan, the mobile internet industry experienced a revolution; many people began using mobile internet that has helped Google to gather data for Live Traffic updates. This is the reason why that the service is not only available in the bigger cities of Pakistan such as Karachi, Lahore, Islamabad, and Rawalpindi, but it is also available for smaller cities Faisalabad, Peshawar, and Multan. But all those cities would be added where Google is able to gather data.

During the first phase, we’ll be able to see traffic on the main roads of bigger cities and hopefully, more cities will be added and more routes will be added with Live Traffic.

Also Read: Here’s how the Lahore-Karachi Motorway looks like on Google Maps

So if you’d like to know the condition of traffic between your home and office than pick up your phone and open up the Google Maps, then tap to slide open the menu and click on ‘traffic’ to enable this functionality on your phone. Once enabled, the Maps will begin showing you the condition of traffic you’re currently on or, the traffic situation at the routes you’re interested in traveling on.

If you do not have access to this service on your phone, you can use it on your desktop by logging on to Google Maps, and either search ‘traffic’ or click on the left panel to access traffic. You cannot only see the present situation of the traffic on a particular route, but you can also opt for the ‘typical traffic’ option to see traffic during a particular time of any day. You can do analysis of when and at what time a particular road mostly faces traffic blockage. For example, if you’d like to know what’s the traffic like on Shara-e-Faisal at 8.30 AM? Or what’s the traffic like on Canal Road, Lahore at 6 in the evening on a Saturday, Google Maps will be able to tell you that.

So I suggest that you start using this technology right now and make your life easier and the commute comfortable.

From Bikes To Cars, You Will Find All Kinds Of Amazing Automobiles At The Faisalabad Auto Show