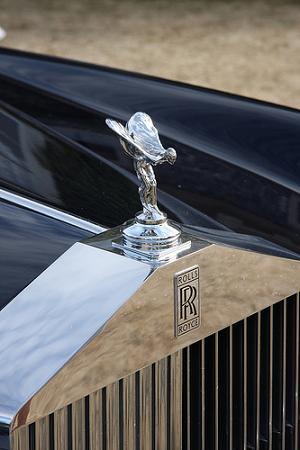 When it comes to cars, perhaps no other marque is associated as strongly with luxury as Rolls Royce. Formed after a chance meeting between a meticulous engineer and a salesman with a flair for marketing, the company produced its first cars in 1904, and soon established itself as the premier vehicle for royalty and those unwilling to compromise on luxury and quality.

After the Second World War, the company became even more renowned as the name for luxury automobiles. Although other British luxury car makers faced setbacks to their reputations for reliability and build quality, the solidity of a Rolls Royce has never been called into question. In fact, the first Royce
(those in the know never call them ‘Rollers’, a term considered vulgar and inappropriate) ever made is still in perfect working order.

Although there were many fears that the Teutonic influence that would inevitably be brought to bear on the company would make it lose all those qualities that endear Rolls Royce to their fans, BMW’s versions of the legendary marque have not been met with widespread acclaim from both the motoring press and owners of Royces, but have also successfully increased the owner base of the marque into young millionaire celebrities, for whom the image of the new Phantom was galaxies away from the reliable Establishment transportation that its 1930s namesake represented. You know a vehicle is cool when it features in a Nelly video, and when Shaquille O’Neal considers it an appropriate wedding gift for one of his friends.

It would not be unfair to say that Rolls Royce is one of the most iconic car makers in history. At a time when cars have tended towards homogeneity in styling and automation in assembly, Royces still continue to be hand-assembled at a plant in the UK, although not the historic Crewe facility but a brand new BMW-built facility in Goodwood. The kind of workmanship that continues to go into the manufacture of each Royce, even in these days of robot assembly and production, can be gauged from the fact that it takes 800 man-hours to make the body of each new Phantom, and each engine is entirely hand built.

BMW paid VW £40 million for the use of the two most arresting features on the Rolls Royce. The first of these is the Radiator Grill, which is a trademark of the company. This masterpiece of form and function is entirely hand made by the company’s staff, and each one takes nearly two days of work to craft. Rolls Royce is proud of the fact that each grill is made by eye, and no measuring instruments are used in their construction.

The greatest icon of the brand, however, has to be that little statue that adorns the radiator grille. Called the ‘Spirit of Ecstasy’, the statue of a young woman with her evening gown billowing out behind her, the silver-plated statue is the crowning glory of every Royce, and the emergence of the statue from underneath the model in the newer model Royces is an event in itself. Interestingly enough, this feature was only included in the vehicles to get around a European ruling on road safety. Each statue is individually moulded, the mould being destroyed in the process. As a result, no two are identical.

The same has also famously been said of the cars themselves. Endlessly customisable, each Royce is said to be an extension of the owner’s personality. From the psychedelic paintwork on John Lennon’s Royce to the two faces of a 1920’s Silver Ghost pictured here, every Rolls Royce allows their owner, in hundreds of little ways, to impart their personal fingerprint on their car.

What, then, does the future hold for the marque? In 2004, at the Geneva motor show, the company celebrated their centenary in style, by unveiling a new pair of concept cars to the public, codenamed the EX 100 and 101(Silver Ghost as it is later introduced as). Expected to be powered by a 16 cylinder engine and 6 speed automatic transmission, the concept is soon to be the latest in the company’s illustrious lineup of vehicles. Sharing its styling cues from the Phantom and with the performance to take on the best Italian names, the EX is set to rekindle memories of the iconic Grand Tourers of the company, take on the biggest players in the already crowded Supercar market and continue to overhaul the image of the company as the preferred plaything for the young and the affluent. Coming soon to the garage of a Hip-Hop superstar near you.

Company History:
Started building cars in 1904.
Produced not only vehicles but also rifles and aircraft engines during World War II.
The motor arm was demerged from the main company in 1973 due to losses suffered by the aerospace division.
Sold to Volkswagen in 1998, but the trademarks to the Rolls Royce name were sold by the parent company separately to BMW.
BMW bought the license to make Rolls Royce cars from VW in 2002.

Neighborhood Vehicle All Set To Be Manufactured Here