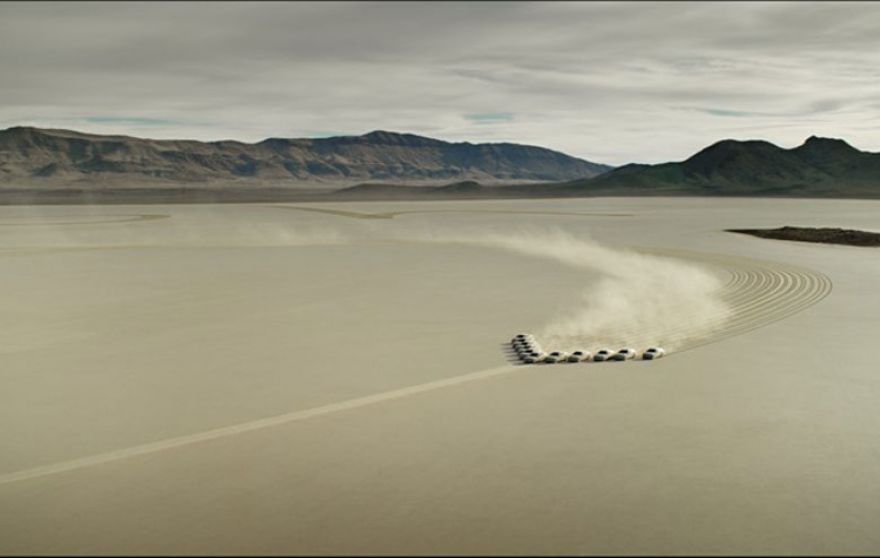 Hyundai Sent A Message To Space Using The Genesis

Automotive companies partner up with advertising agencies and spend huge amounts of money to market their product lines, specifically the cars. Korean automaker Hyundai has expanded their sales and products many folds in the recent years, specially in the United States. Thanks to their updated designs, extensive incentives, and their marketing and advertising campaigns. Hyundai cars are now posing a good competition to their competitors not only in the United States but also across other markets like Europe and Asia.

Do you remember the stories about the “Crop Circle”? Those weird patterns in crop fields that people still think that’s done by some aliens. Now Hyundai has done something similar to send message to the aliens or someone in the space. But instead of ruining the the green crop fields Hyundai did it on a rather hard and harsh desert area. Hyundai got hold of a 13 year girl named “Stephanie” from Houston Texas whose father is an astronaut and currently at International Space Station. Hyundai helped send a love message from a daughter to her father. Hyundai used 11 of their flagship Genesis sedans to put a message through tire marks. Hyundai selected Delamar Dry Lake in Nevada as a canvas to print the message. The dry lake bed is flat and huge enough to print large text which can be visible from almost 400 kilometers far up in the space. 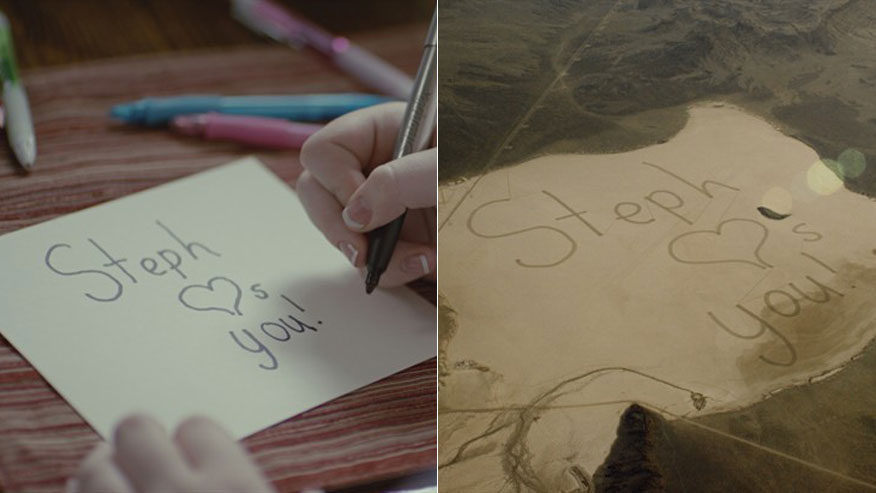 The 11 Hyundai Genesis cars were fitted with studded tires to make deep marks which read “Steph ❤s you!”.The message took over 5 square kilometers of area, big enough to be captured from International Space Station by a camera. According to the producer of the project, the project was completed in three days and drivers were guided via GPS system to follow the route to imprint the text on the lake. As per the Bureau of Land Management spokesman Chris Hanafeld,

“while Mother Nature is quickly erasing it, remnants of the message remain, so feel free to make the 2.5-hour drive north from Las Vegas to check it out for yourself”.

The message is so big that prestigious Guinness Book of World Record awarded Hyundai a new record for the largest tire track image.  No doubt, this is one of the best marketing stunt in the recent years. Hyundai said they can’t take Stephanie to her dad in their car but will surely send a message. Please watch the video below. Also linked is a BTS video clip of the activity. I am sure everyone will appreciate the scale and planning of the task.

BEHIND THE SCENES (BTS)