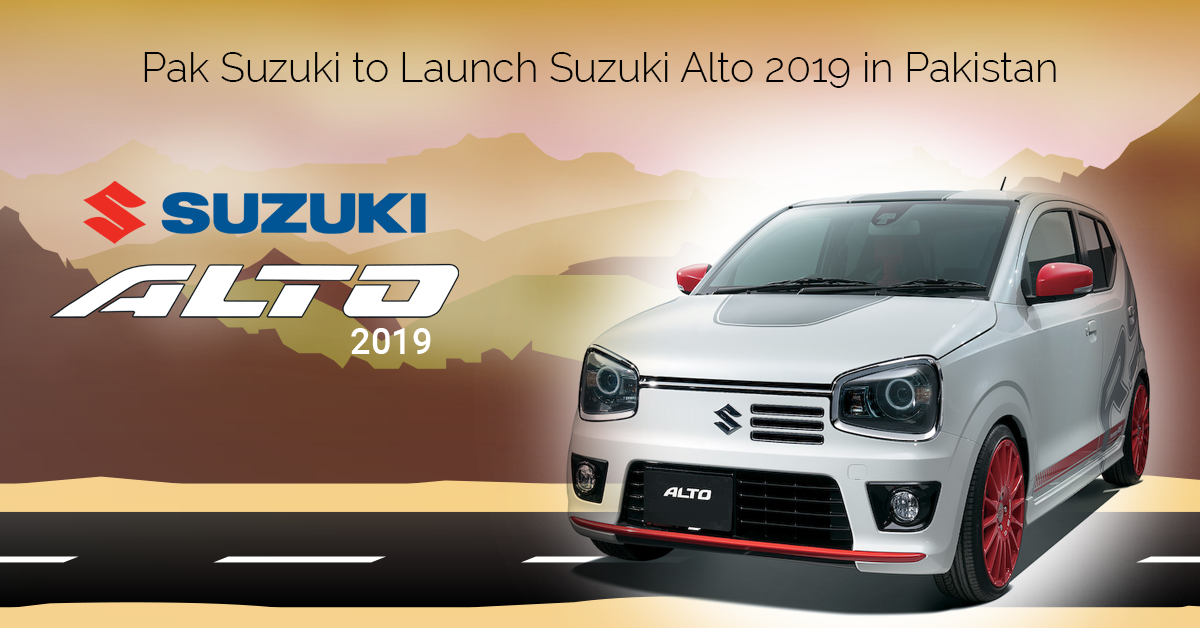 Before the lift of a ban on non-filers for purchasing cars, the policy dented Pak Suzuki’s production and sales by 32% that aims to bring in all-new locally assembled Alto to its lineup this year.

While the restriction on non-filers for purchasing cars was appreciated by many, considering the fact that it will bring more people under the tax net and force them to file their returns. Currently, there are merely 1.4 million people in Pakistan who file their tax returns which is an alarming number, to say the least. The previous government imposed a ban on non-filers for purchasing cars last year with an expectation to force people to become filers. Instead of receiving a positive response from the general public, the sales in the automobile industry of the country dropped significantly, which means people are not willing to file their tax returns and settling with the used cars in the market. The small cars have always captured the market with the maximum production and sales in Pakistan. This segment is largely comprised of Pak Suzuki cars whose production and sales dropped by 32% due to the ban on non-filers. The manufacturer was also not happy with the decision that proved to be a bump in the road for the entire auto sector.

An official of Pak Suzuki was of the view that the government should increase the tax rate on non-filers rather than imposing a ban. The economic activities would stay undisturbed in this way and the government at the same time will be able to generate good revenue from the increased tax on non-filers. Moreover, it’s not fair to allow non-filers to purchase other things but not cars. It is worthy to mention here that these statements were recorded before the Finance Minister presented the Supplementary bill (mini-budget) on 23rd January, 2019. He further added that the consumers of their cars are not even aware of the filer or non-filer matter. There is a huge number of population of Pakistan that belongs to the middle-class who tend to buy small cars and the ban on non-filers has declined the sales in the automobile industry rather than bringing more people under the tax net.

Now, when the restriction has been lifted from the non-filers at the cost of paying additional tax, it seems like more people would tend to become filer rather than paying an extra penalty for purchasing a new car up to 1300cc. The sales in the automobile industry are expected to rise once again hence creating more job opportunities with the increased demand for manpower for the production of cars. However, the sedan segment manufacturers over 1300cc engine capacity did not find much excitement in the recent tax policy as the ban on the purchase of their manufactured cars remains there for the non-filers. On the other hand, the import duty on luxury cars over 1800cc has been increased from 20% to 25% that will encourage the sales of locally manufactured cars to some extent.

In the current situation of new tax policy, Pak Suzuki’s plans to introduce the all-new 8th generation of Suzuki Alto in place of Mehran might fit in more adequately. After enjoying more than two decades of monopoly in its segment, Mehran will be finally discontinued now due to a decrease in demand over the past few years. According to the figures released by Pakistan Auto Parts Manufacturers Association (PAMA),  the production of Mehran decreased from 23,489 units during July-December 2017/18 to 22,298 units over the same period in 2018/19.

However, the all-new Suzuki Alto which is equipped with an R06A 3-cylinder 660cc engine which is expected to be produced somewhere in between March and April 2019. The much-anticipated car will be a direct competition with the recently introduced United Bravo which is still young in the market. Pak Suzuki has spent around Rs.17 billion to the existing plant in setting up a new manufacturing line for producing Alto. According to the sources, the price of the new Alto will be around 0.9 million which is very much in the same price bracket as United Bravo. Moreover, the lift of a ban on non-filers would give a sigh of relief to Pak Suzuki as it was all set to introduce Alto in the market.

On the other hand, the local automobile industry seriously needs to improve the build quality of their cars that gave a huge lift to the imported cars in the country. In the current situation where the import of cars is discouraged, the government should also take the necessary steps to enforce all the local manufacturers to comply with the quality standards. The lack of which would keep the people interested in purchasing imported cars which as a result hit the economy of the country badly. The confidence of potential buyers shall be brought back into the local automobile industry to boost up the industry of Pakistan and reduce the current deficit by generating a good amount of revenue.

What are your thoughts in this regard? Let us know in the comments section below.

Despite exemption, a Sikh gets fined for not wearing a helmet in Peshawar