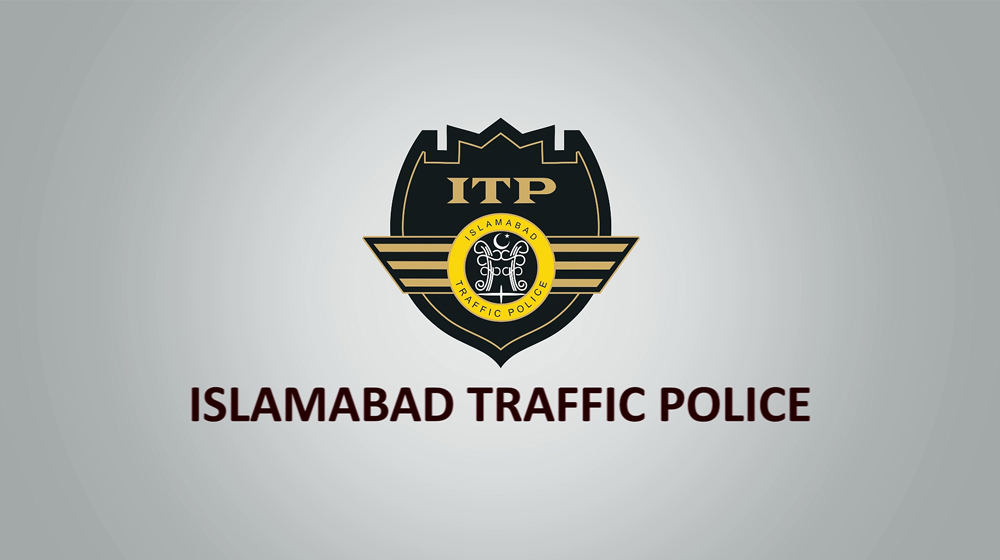 The Islamabad Traffic Police (ITP) has issued over 58,622 tickets on several traffic rules violations that sum up to a total fine amount of Rs.10.29 million during the current calendar year 2019.

According to a senior official of ITP, the department had started a special campaign in May 2019 to impose fines on the traffic rules violators, which resulted in a collection of a huge amount of revenue. The most common traffic rules violations observed were led by not wearing a helmet while riding a motorbike and non-fastening of seat belts while driving. It was followed by the use of mobile phone while driving, over-speeding of vehicles, and frequent change of lanes while driving. It’s quite strange to see a majority of the public being fined on violating the safety rule, which should be a priority while driving, i.e., wearing a helmet and fastening seat belts.

A total of 27,609 tickets were issued on not wearing a helmet, thus resulting in the collection of Rs.27,60,900. It was followed by the seat belts violation leading to the issuance of 14,998 tickets generating a hefty amount of Rs.44,99,400 to the national exchequer. Lane violation while driving comes third on the list as it generated Rs.35,05,200 through as many as 11,684 tickets issued by the Islamabad traffic police. The use of mobile phone while driving was also observed frequently during the period under review and 3324 violators have been issued tickets worth Rs.997,200. Upon over-speeding, as many as 1007 tickets were issued to violators for fine worth Rs.201,400.

To maintain the smooth flow of traffic on the busiest arteries of the federal capital, a special patrolling team named CHIPS has been deputed on Kashmir Highway, Murree Road, and Islamabad Expressway. It has so far issued a total of 3756 violation tickets worth Rs.11,63,900. Furthermore, the education teams of Islamabad traffic police (ITP) have played a vital role in creating awareness and educating the public about the importance of following the traffic rules. Overall, it educated a total of 55,67,736 road users during its campaign also appreciated more than 1000 drivers on observing the traffic discipline.

On the other hand, the traffic moving on the roads of the federal capital is being monitored by the safe city cameras in routine. The CCTV cameras are also generating electronic tickets upon a traffic violation by a particular vehicle. So far, as many as 2613 fine tickets have been delivered to the home addresses of the violators. ITP is delivering its best to enforce the traffic rules by punishing the violators and running several awareness campaigns in the capital area. What are your thoughts on the performance of ITP? Let us know in the comments space and stay with PakWheels for more updates.