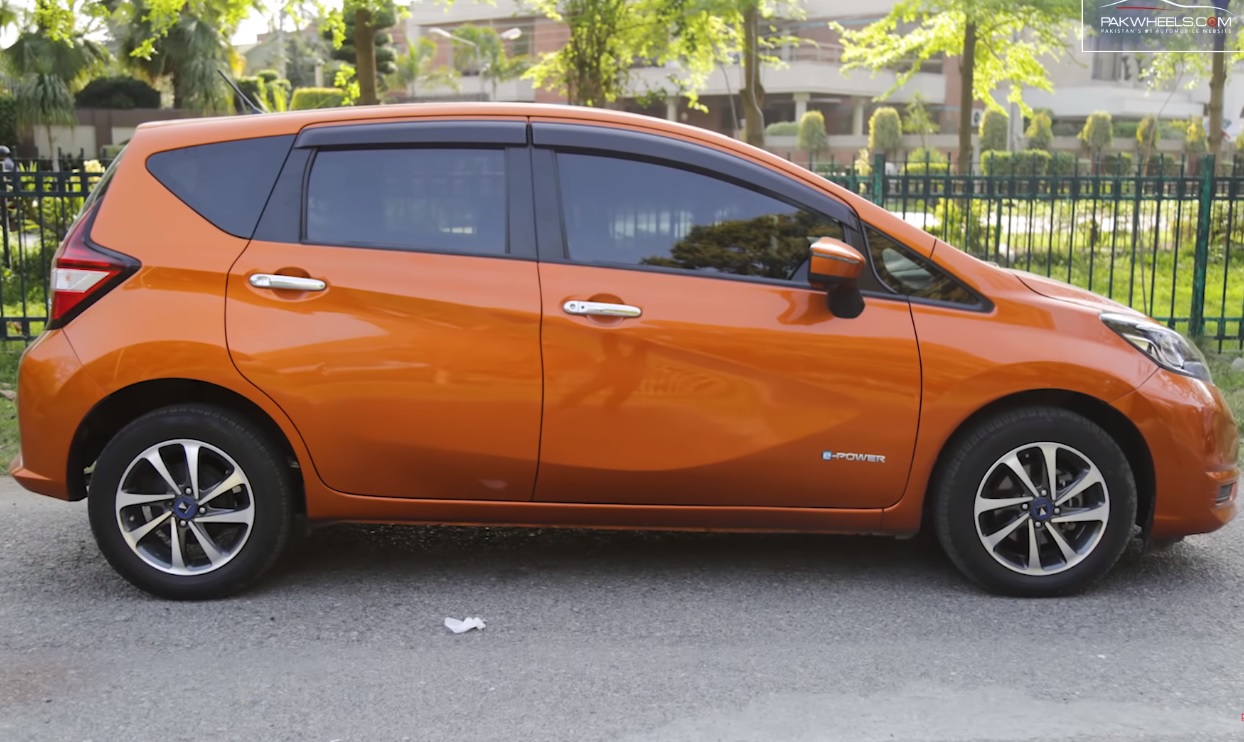 Keeping up with the tradition of bringing exclusive detailed reviews of vehicles for our readers, this time, too, PakWheels.com has brought an owner’s review of Nissan Note E Power.

This new car model from Nissan is the first compact car to feature the electronic charging mechanism of the vehicle, similar to that of an EV. Due to this particular reason, it is known as a series hybrid electric car because unlike the conventional hybrid system in which a low-output electronic motor is used, which powers the wheels and the batteries whenever they are low, this car’s engine simply charges the battery.

E-power is the new technological outtake under Nissan’s intelligent mobility. It is basically the name of a new powertrain, which is different from the traditional drive system. An internal combustion engine is placed in the E-power system. It brings forth numerous benefits, as listed below.

1- The user does not need to worry about the charging of the car as it is a self-charging car which automatically implies that the car’s system decides on its own as to when the engine should be employed to generate power, which resultantly amplifies the performance of the car. This distinct professional management is the key to the driving experience of the car, similar to that of an EV.

2- The E-power supplies a drive of a satisfactory response, which aids in producing a smooth and steady acceleration.

3- The E-power provides a strong force of torque right at the initiation of the car, which further enhances the car’s acceleration and drives response. The best torque is put forth in stop-and-go situations by this electric motor-run car.

4- E-power system works without making any noise similar to that of a full EV, which is possible with the assistance of careful sound insulation measures at the front and back of the body. These measures especially dispel the engine and road noise.

During the normal start-up and running, the engine is stopped, and the high-voltage battery supplies the power, which is used to start the car quietly yet powerfully without any engine noise. Whereas the engine automatically starts depending on the left-over remaining battery level and the car’s speed. The charging only occurs when the car’s speed is controlled so that the engine noise does not cause any obstruction in the driving comfort.

5- The fuel efficiency of the E-power can be compared to the conventional leading hybrid cars because E-power has the capability to drive the engine at the most efficient points.

6- The E-power has been taken from the EV technology, and the Nissan LEAF is the perfect example of that. The addition of a gasoline engine assists in charging the high-output battery whenever there is any need. This advantage erases the need for an extra external charger because it offers the same high-output as that of an EV.

Therefore, fast response, smooth acceleration up to 100% motor drive, large torque, and quietness of the system makes the E-power an excellent technological functionality.

The engine of this electric car is its main attraction, and it is also the number one reason why people opt to purchase this car. The car houses a 1.2 liter 3-cylinder petrol engine and 1.5 kWh battery. The engine has a dual function because it also works as a generator to charge the batteries. The engine is capable of producing 80 horsepower and 110 Nm torque force.

Throughout the driving, the car runs on batteries. However, when the car suddenly speeds or climbs upwards, the power from both the battery and engine is supplied to the drive motor of the car to ensure strong driving. On the other hand, when the speed of the car starts to slow down, the engine automatically switches off, and the high-voltage battery is supplied with the regenerative power.

As other external charging sources are not required for this car, it can only be run by gasoline refueling, just like other hybrid cars. The car can jump from 0-100 km per hour in 8 seconds. The electric motor is in charge of driving the front wheels, whereas the main power is supplied by the engine.

This high-tech car is handsomely built. The outwards of the car body include Xenon headlights, LED headlamps, fog lamps, vertical tail lamps, and diffuser bumpers. The roof of the car is a slope. The car is shipped with 16- inch diamond alloy wheels. The car has an overall appearance of a sporty look.

See the video review of the car below:

The interior of the car is even more impressive as it is stacked with innovative features. An ultimate line of gadgets is arranged in the front seats, some of which include radar and anti-collision. 2 circular LCD helper displays are laid out in the speedometer.

Three types of seats are available:

1- Comfortable cloth seats, which are the standard type.

2- Leather seats which are available on upper trims.

3- Sports seats in red color available in the Nismo edition.

Six airbags are included in the car, and two of them are placed at the front. Other than that, autonomous emergency braking, a reversing camera, lane departure prevention, and emergency brakes also aid in safety.

The Nissan note E-power costs around 20 lakh Pakistani rupees, and the excellent fuel efficiency, comfortable driving, and indoor space of this car prove its value for money.

Different Types of Transmissions Explained – Have a look!