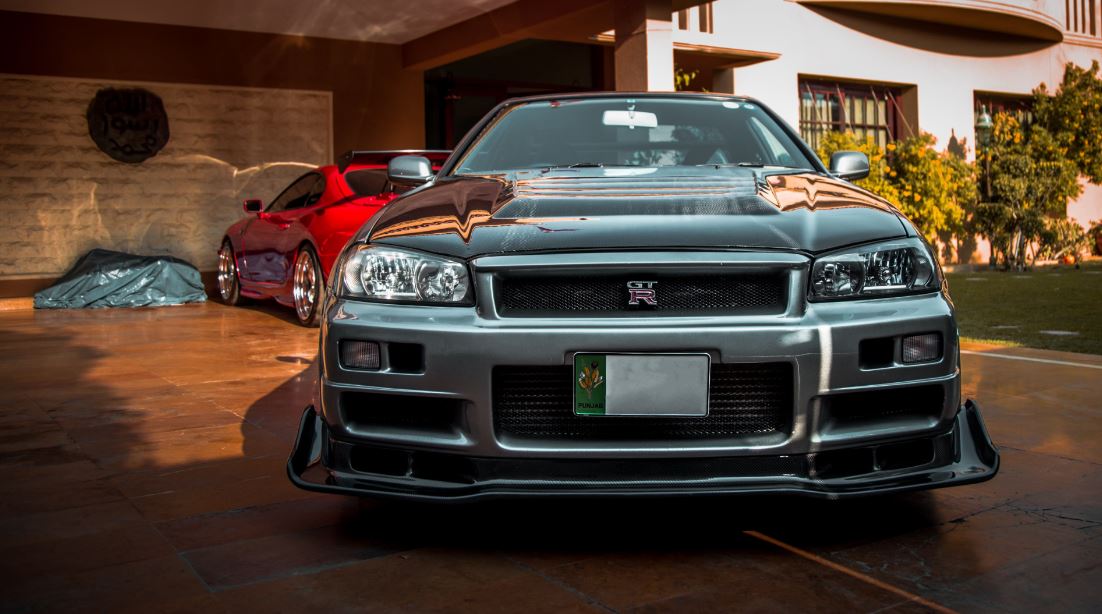 There are not many sports cars out there that get to be called a living legend. The R34 Skyline Nissan GT-R is surely one of them. Its fame also stems from the fact that it was the favorite of late Paul Walker. He contributed to the fame of this legend of a car like no one else could. A Nur spec GT-R dials up a notch and adds to the already spectacular package that is the R34 GT-R. The Nur spec GT-R came in 2002, which was also the last year of the R34 model. Only 1003 Nur spec GT-Rs were manufactured, and there were only two versions: the V-Spec II Nur and the M-Spec Nur. Only 750 V-Spec II Nur and 258 M-Spec Nur cars were manufactured. These two versions are the last limited editions of the R34 Skyline GT-R. These two versions are so rare now that there is only one V-Spec II Nur Skyline GT-R in Pakistan. The V in V-Spec stands for Victory, and the M in M-Spec stands for Mizuno, who is the chief engineer at Nissan.

The only V-Spec II Nur present in Pakistan is nothing short of a legend itself. The owner has made some exterior upgrades to enhance the sporty look of the car. These include carbon fiber aftermarket body parts. These carbon fiber body parts are not only amazing to look at, but they also reduce the weight of the car. Moreover, this V-Spec II Nur also has been tuned to have more horsepower than the stock V-Spec II Nur. This makes the car more rare and special for enthusiasts. This is an exotic JDM car, and it is renowned for its top-notch performance and reliability. The V-Spec II Nur surely shines bright amongst the other popular performance-oriented and exotic JDM cars.

The significant difference between the simple V-Spec II and the Nur version is the rarity of the later. The Nur in the name comes from Nurburgring. This is a famous racetrack in Germany where both the versions were tested. This racetrack is famous for its extremely challenging nature, and it truly tests all the aspects of a race car, especially its handling. The deadly curves and bends in the racetrack are difficult to tackle if the car lacks in handling. This track is also very long compared to normal racetracks. Naming this version of the R34 GT-R “Nur” perfectly amalgamates the legacies of both the GT-R and the Nurburgring.

The V-Spec II Nur is nothing less than a true JDM hero. On top of the R34 Skyline GT-R V-Spec II, the Nur version had minor changes that were mostly cosmetic in nature. The engine cover color of the base V-Spec II is red, but the Nur has a golden champagne engine cover. Moreover, there is a golden VIN plate as opposed to a blue one that came with the V-Spec II version. Another difference is the 300 km/h speedometer in the Nur version. The stitching for many different interior items was different from the standard models in the V-Spec II Nur.

Slide to view the pictures of Nissan Skyline GT-R: 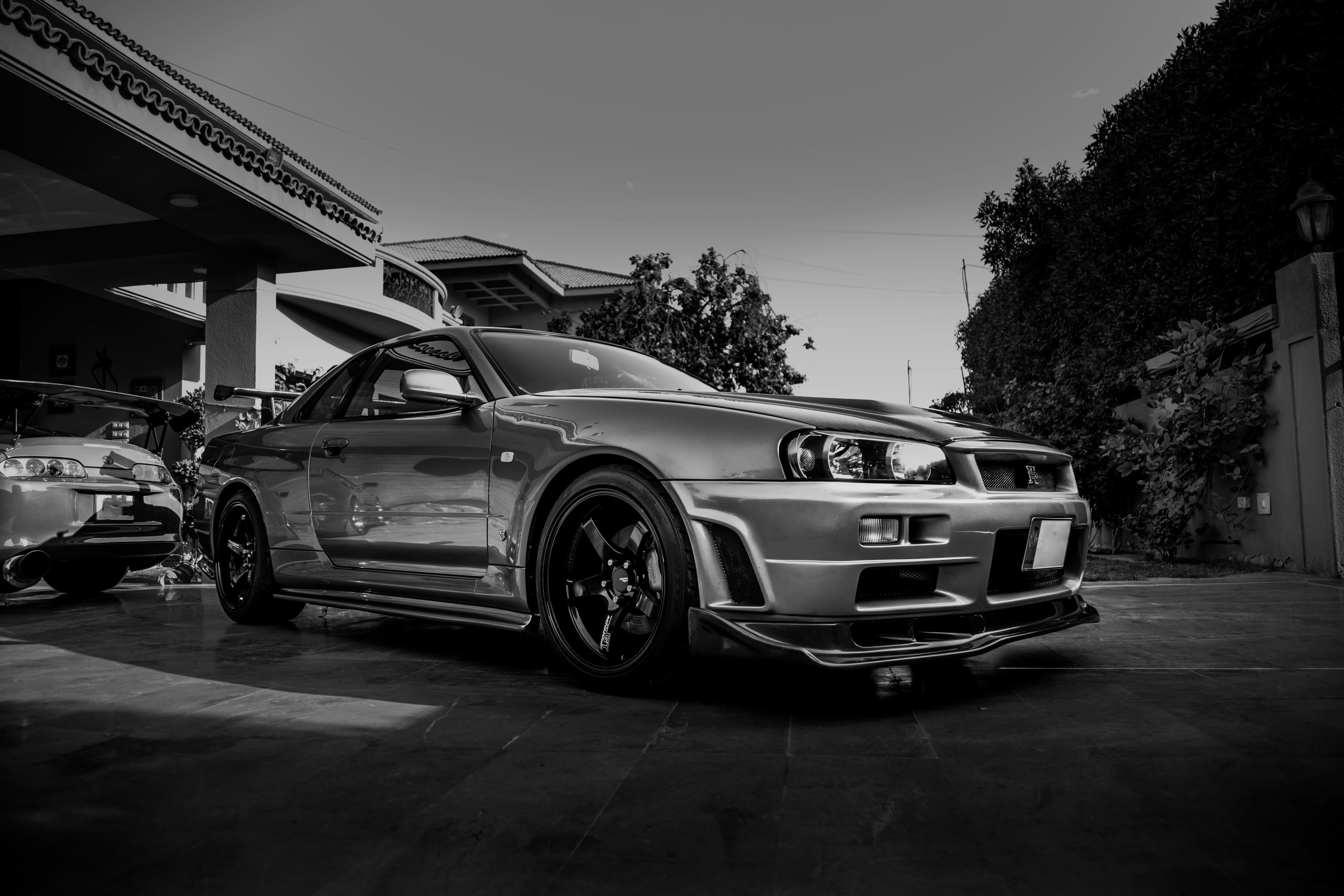 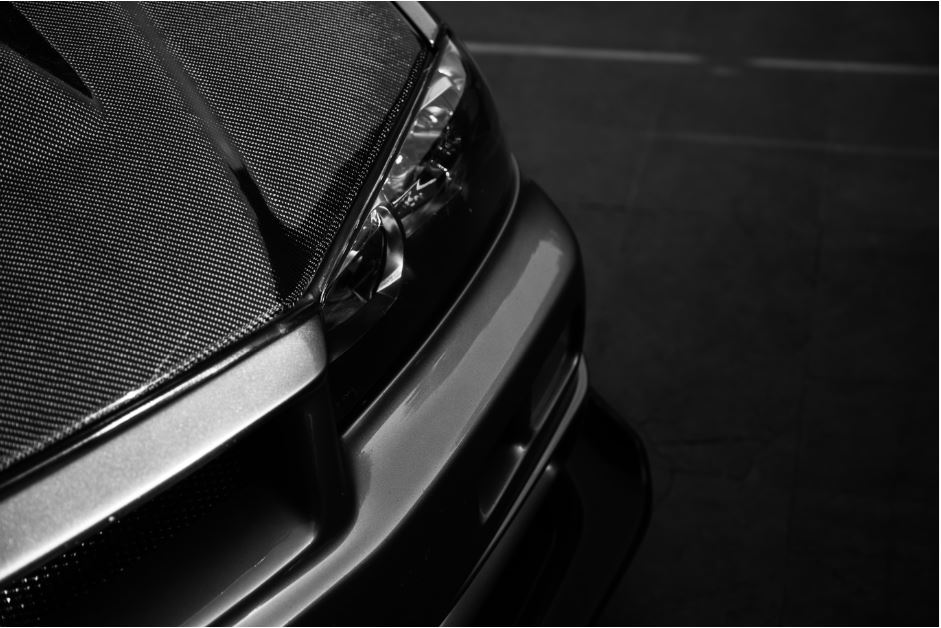 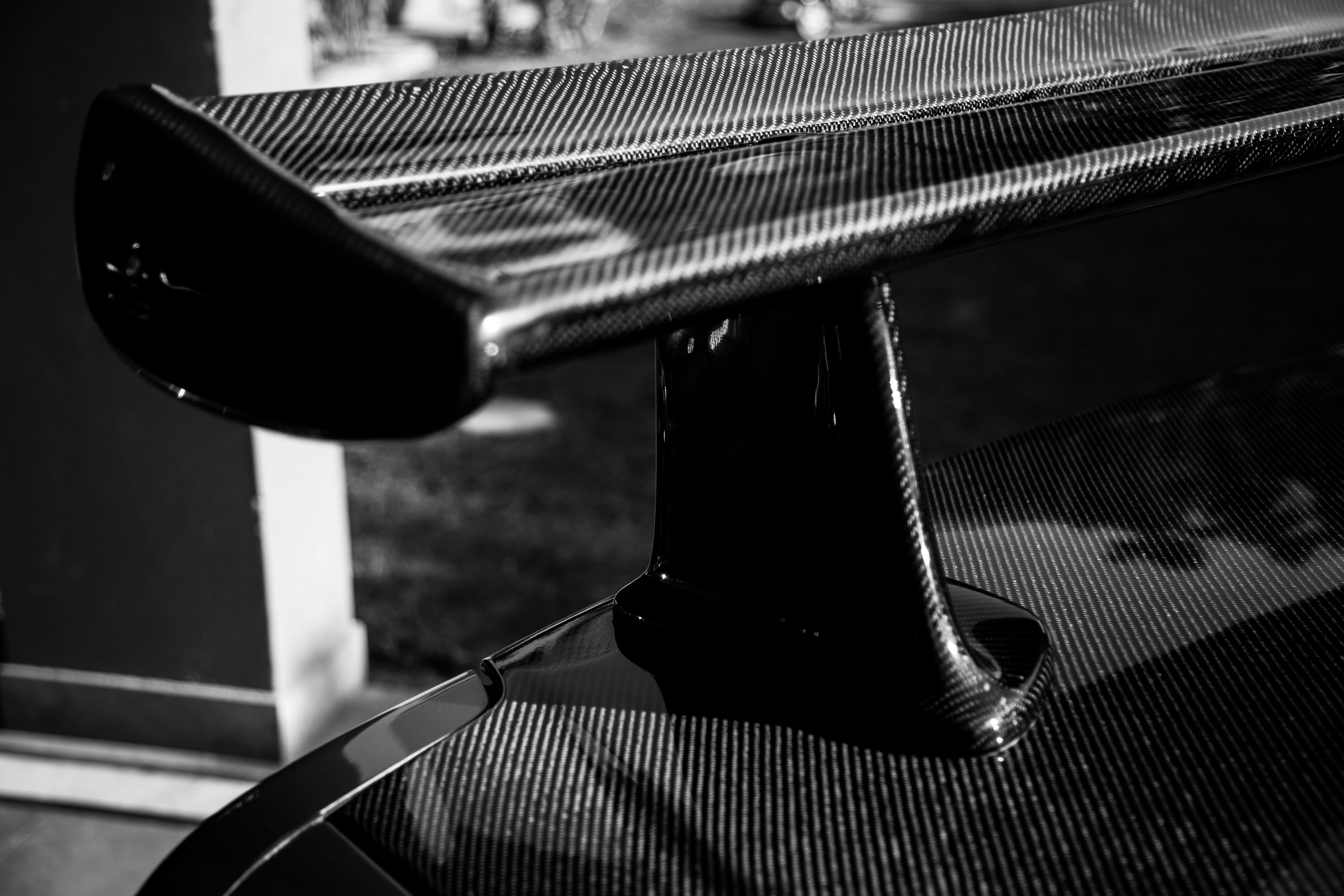 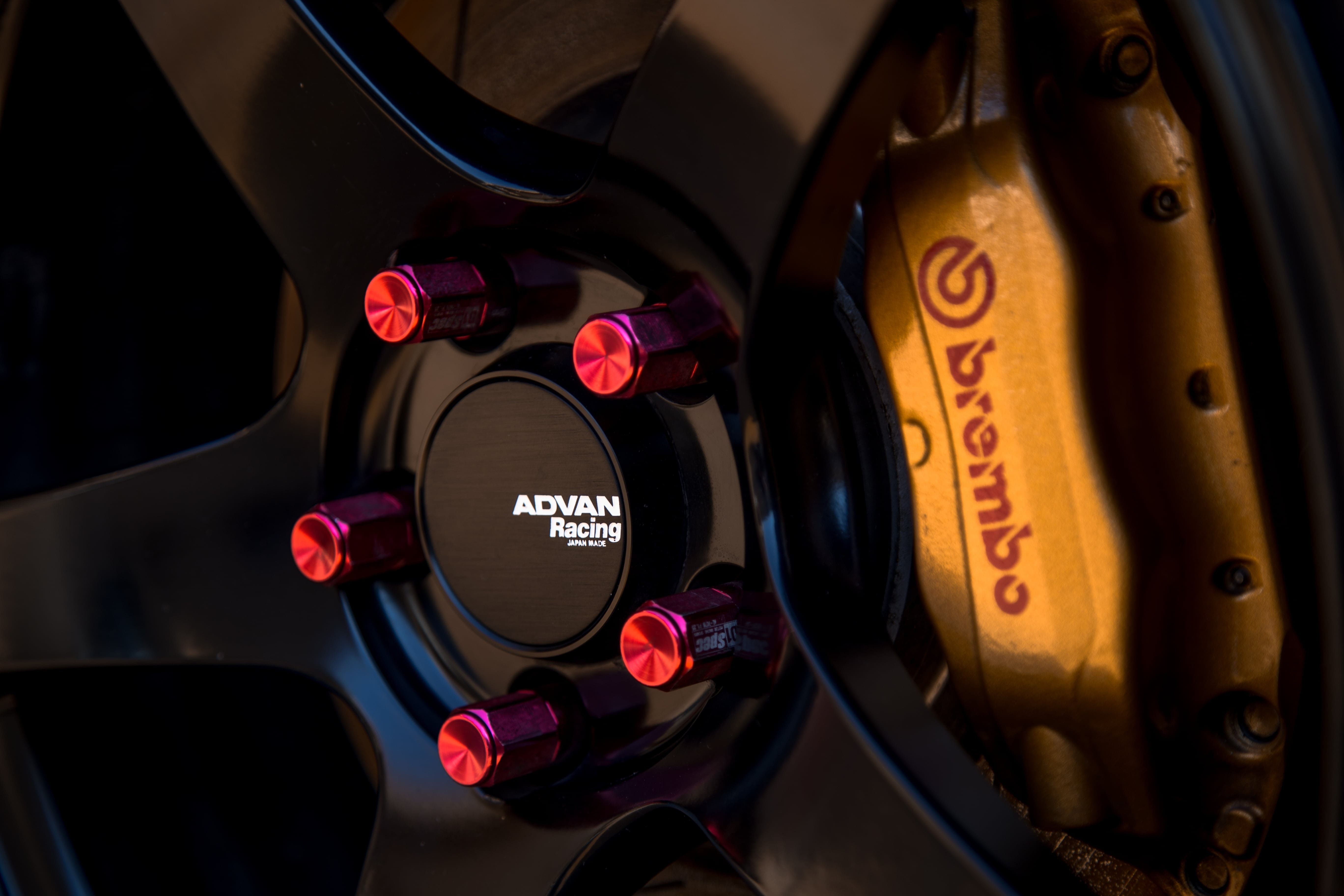 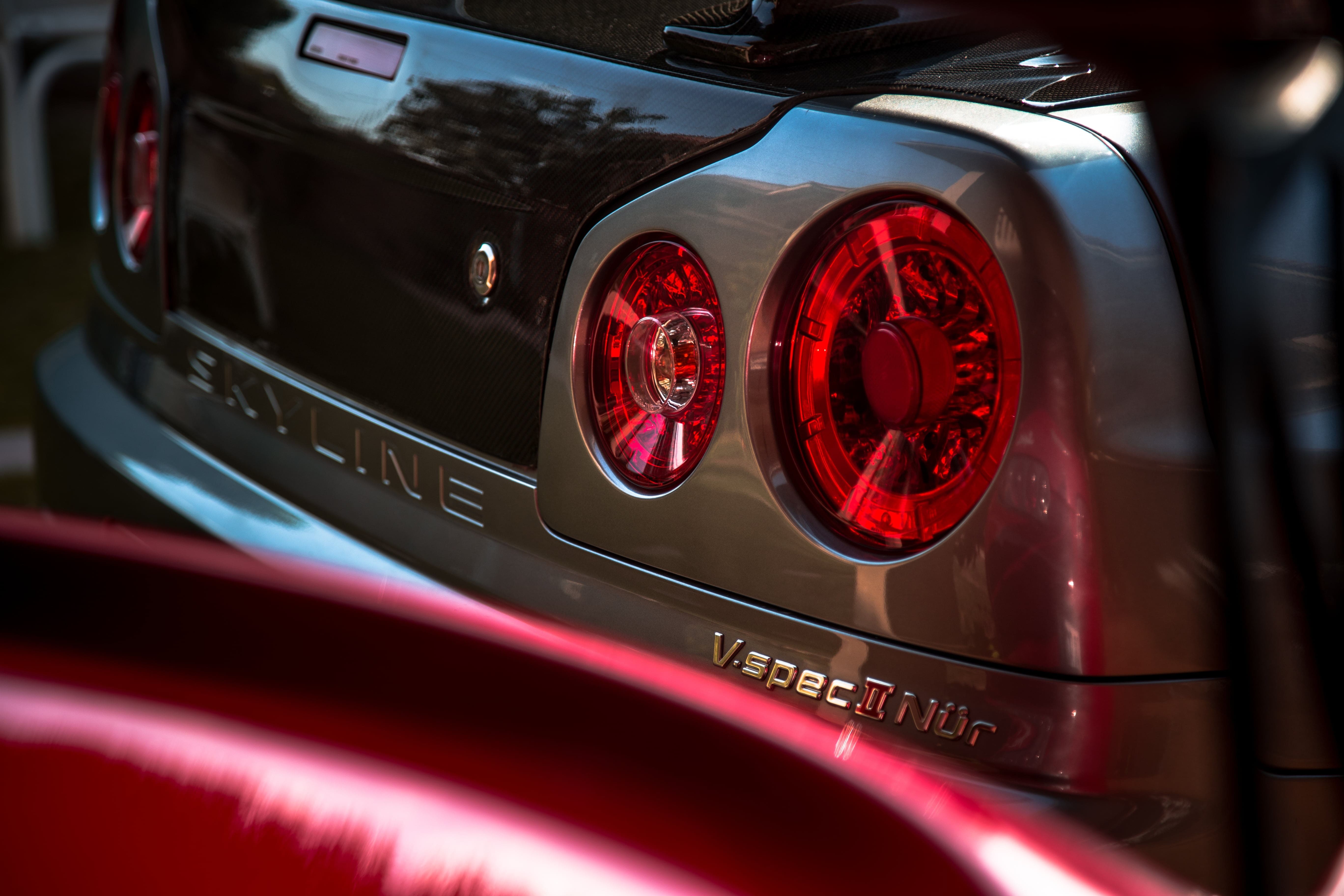 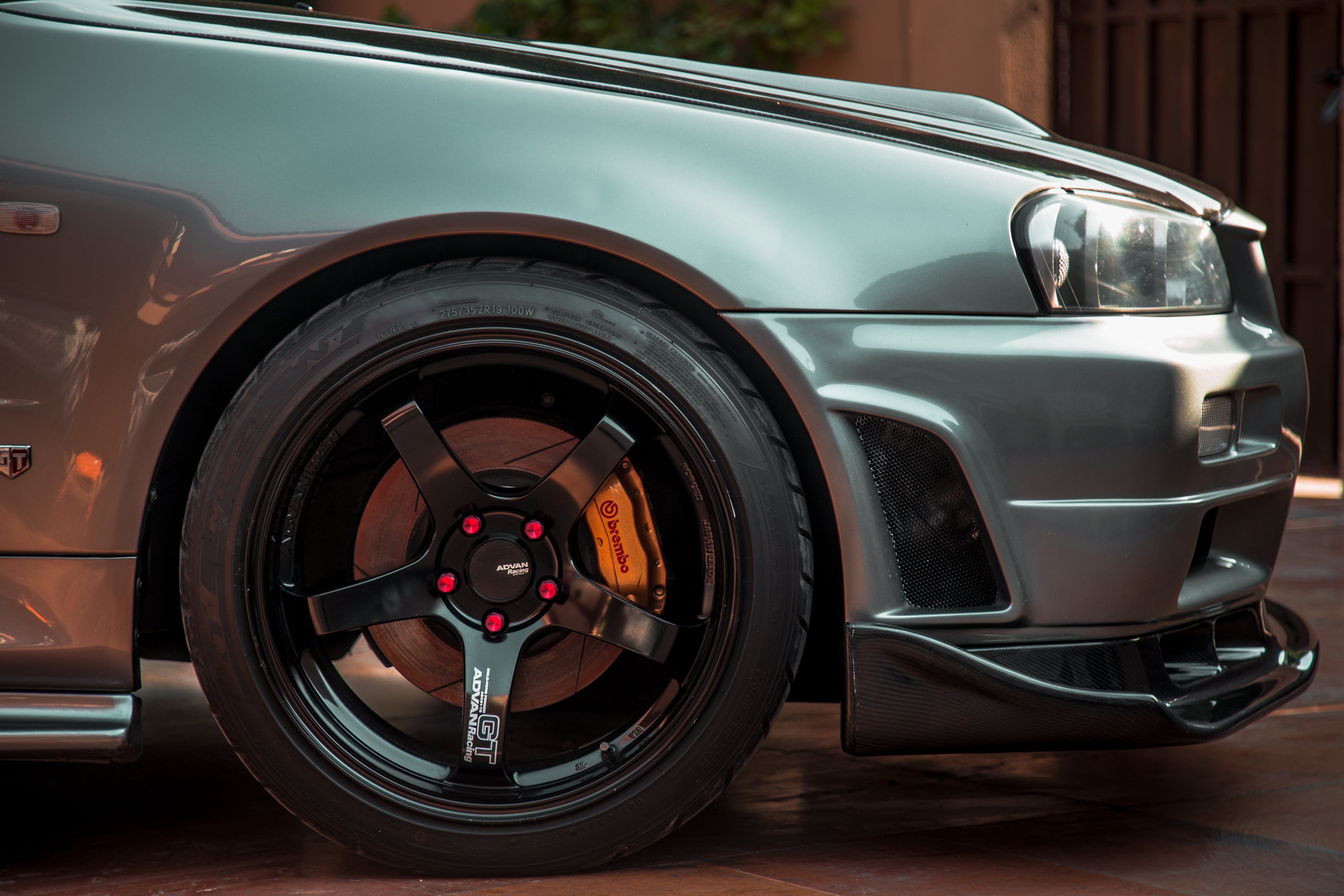 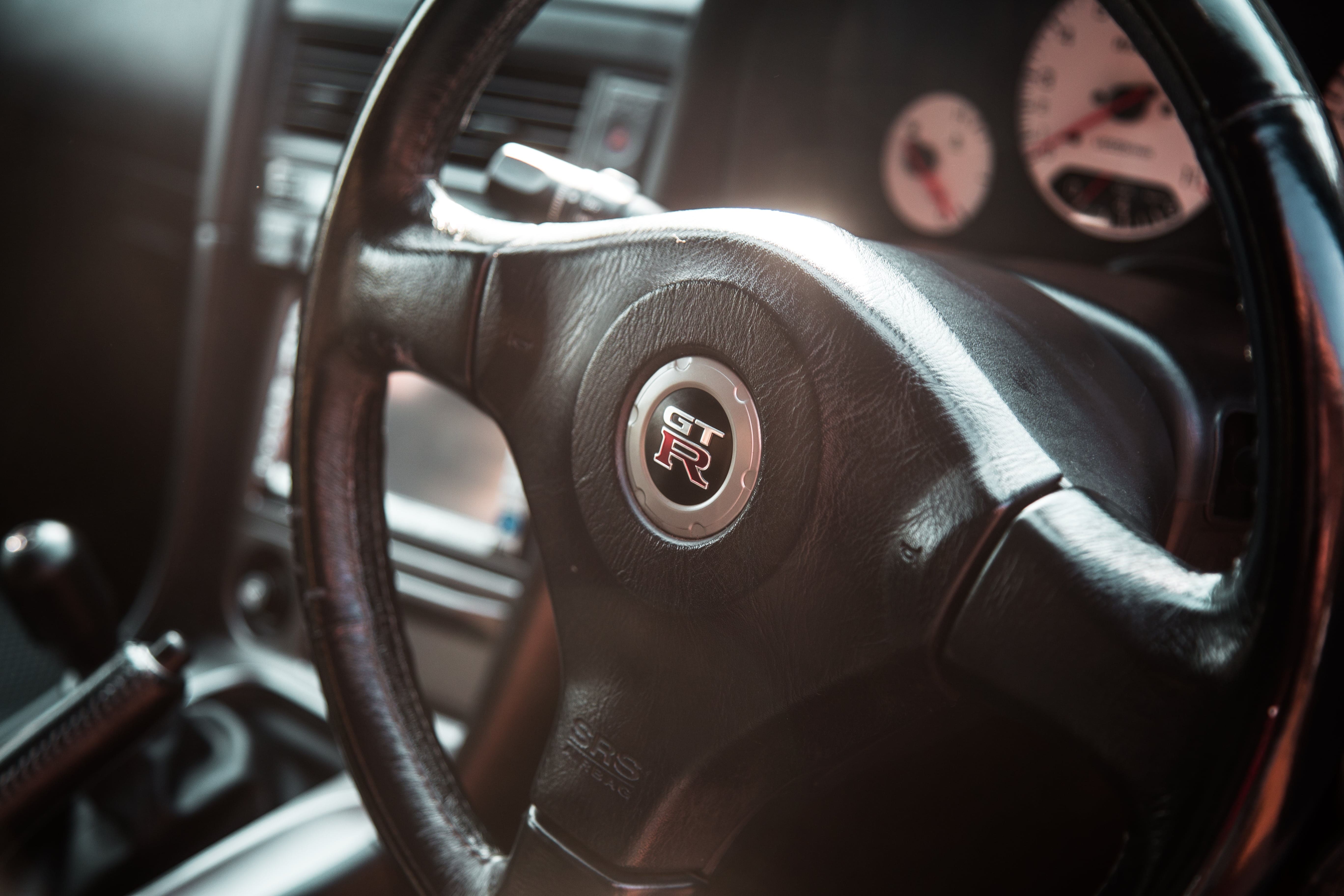 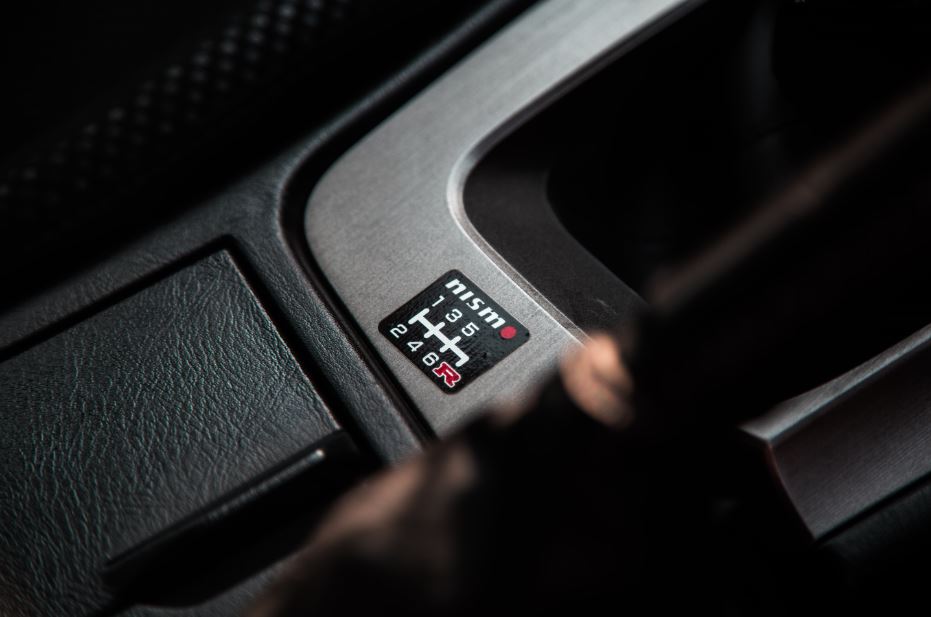 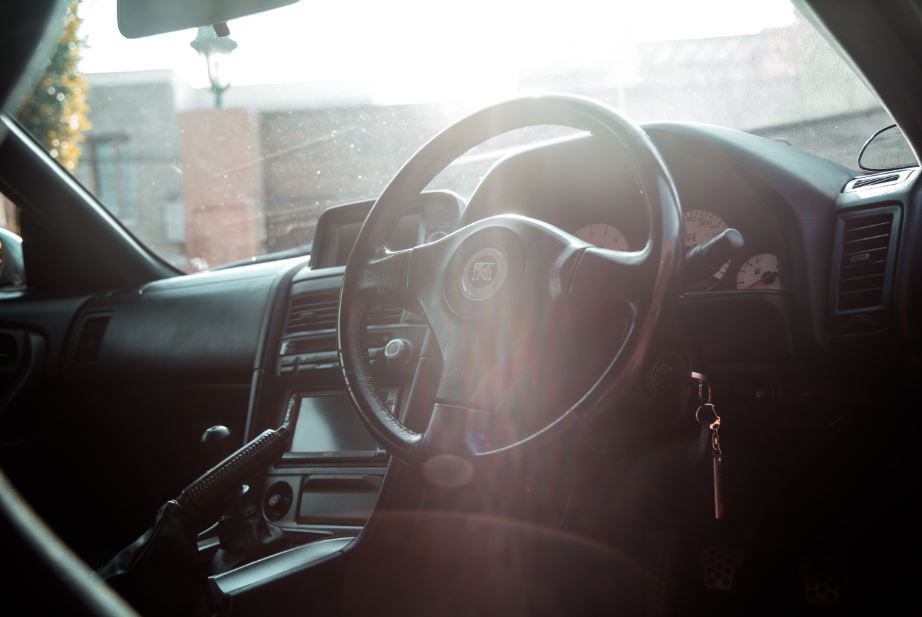 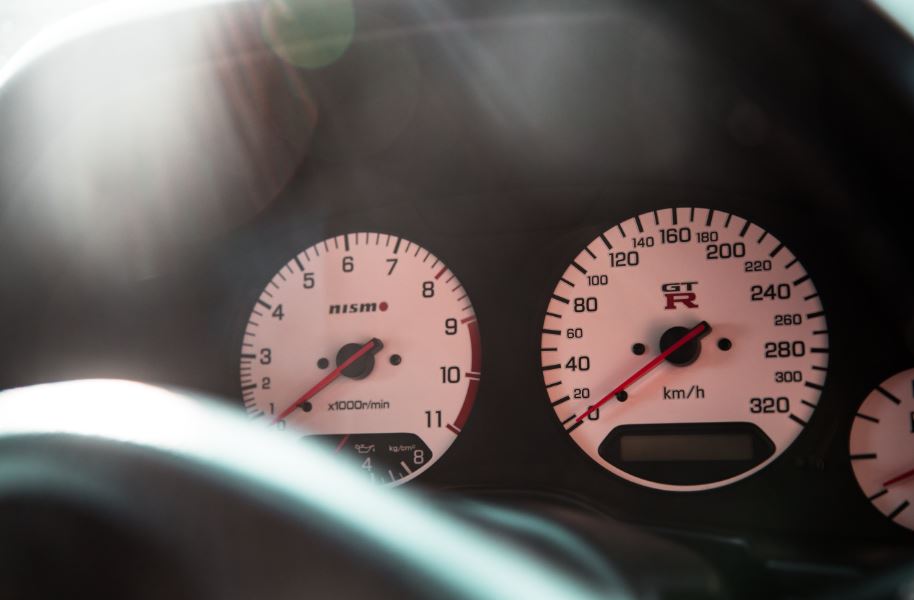 The beauty of this car is in its engine, which is the N1-24U engine that produces 400bhp in stock form. This is the modified version of the original RB26 straight-six cylinder engine. Upgraded camshafts, engine computer maps, increased boost, and injectors can easily increase this horsepower figure to between 550-600bhp. This engine also has larger steel turbochargers as opposed to standard ceramic ones. The V-Spec II Nur uses an N1-24U engine block, balanced pistons, and con-rods.

Nissan Cars for sale on PakWheels

The V-Spec Nur also has a more sophisticated four-wheel-drive system with an active Limited-Slip Differential (LSD). The suspension is also stiffer, and there are numerous aerodynamic modifications. All of this was done to make this car’s handling better on the racetrack; therefore, getting a shorter lap time. Moreover, the brakes are more significant to stop this car from high speeds. A carbon bonnet was also given to decrease the weight of the vehicle so that it could accelerate faster and stop quicker. These upgrades make the V-Spec II Nur very nimble to handle in corners. It behaves like a much smaller car than it actually is. There is also a carbon air-diffuser in the rear, which makes this car more aerodynamic. At the front, there is also another air-diffuser connected to the engine cover. This part directs the air over the breaks more effectively. ‘