You are at a CNG station to get your cylinder refilled. Total dispensed amount is Rs. 447.15 but the cashier charges you Rs. 450 and you are happy to pay the same since most people are reluctant to quarrel for a mere 2 and a half rupees. That’s a common practice for a majority of the customers since they don’t ask for the remaining 1 or 2 rupee coins and are happy to leave it to the CNG stations.

Few days ago while getting the CNG refilled, the amount on the dispenser shown was Rs. 372 but after paying them with a 500 rupee note, the remainder I received was just Rs. 120, I called upon the cashier to ask why has he charged 8 rupees extra? And his answer was that they don’t have the coins with them. After a brief session of argue, I was able to get a 5 rupees coin back but still they charged 3 rupees more than the actual dispensed amount.

Since not many people like to create tussle for a few rupees, the station owners are heedless to charge extra amount against each refill on regular basis. It’s also interesting to note that if the amount is Rs. 348 they will shamelessly charge you Rs. 350 but if the amount is Rs. 351 they aren’t hesitant to charge you Rs. 355 for it. And the worst is that the people never argue. 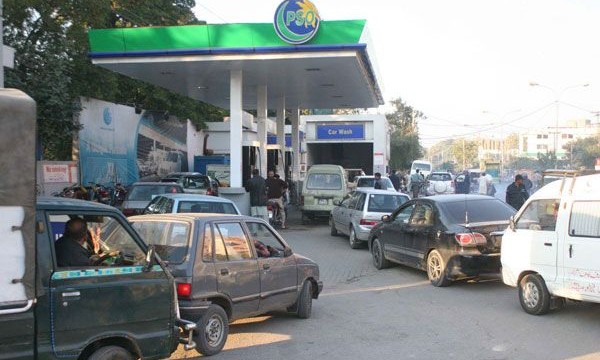 While it’s a whole different debate as to why the government hasn’t issued coins denominated in paisas since 1994, yet the petrol/ CNG and other items are still priced in paisas, but let’s just remain focused on our main debate. By paying an extra few rupees we just don’t realize how much profit the CNG station owners are making this way.

Let’s assume on a typical day that on average there are 16 vehicles filled with CNG during an hour on a single dispenser unit. Assuming on average the station owners charge Rs 2.5 more, which means average Rs. 40 are charged extra in a single hour via a single dispenser unit. If the CNG station has four operational dispensers then in a single hour they can earn Rs. 160 extra. And if the station is operated for say 16 hours in a day, that translates to roughly Rs. 2560 earned extra in a single day just by charging few extra coins. Multiply that with the number of days in a month, and you’ll find that in 30 days a typical CNG station can earn about Rs. 76,800 extra amount which may vary depending on the additional money they charge.

It’s not about leaving a couple of rupees extra, it’s about the right to pay the correct amount of money. No government institution will come to enforce a law to prevent the CNG station owners from charging an unjustified amount; it is ‘us’ who have to take step. If every one of us refuses to leave even a single rupee then these CNG stations can never charge us anything extra.

Though there are a handful of CNG stations which do charge you the exact amount and they have notices pasted on their vicinity instructing the consumers not to pay anything extra above the actual amount. But such stations are very few in numbers. It all depend on us whether to stand for our own right or just keep paying extra, hoping for some divine intervention to come sort things out for us.