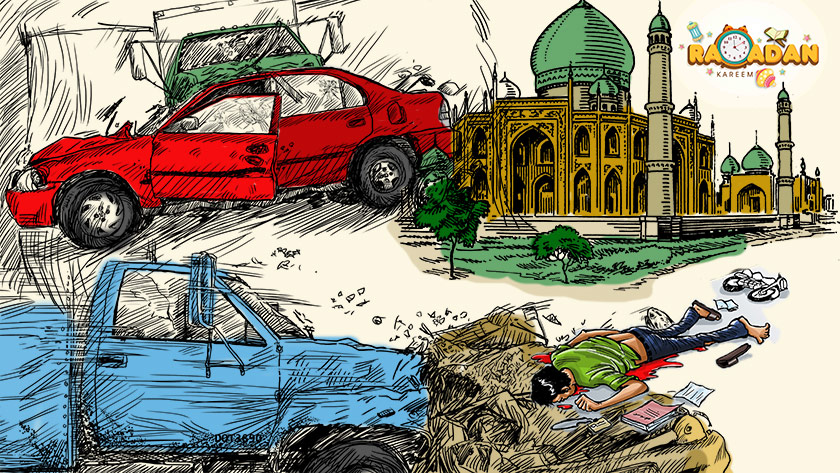 Road Traffic Accidents, Injuries And Fatalities Peak In The Month Of Ramadan In Pakistan

Road car accidents are a mounting point of concern all over the world. With motorbikes, making a significant portion of our traffic, unsurprisingly account for 57% of total collisions. Poor road infrastructure and inadequate traffic monitoring all contribute to road accidents in Pakistani cities. Moreover, according to data collected by Eastern Mediterranean Health Journal (EMHJ), according to monthly variation, ninth month of Islamic Calendar, Ramadan represents the highest number of car crashes in cities of Pakistan.

Also Read: Why driving in Ramzan is a chaos in Pakistan?!

According to EMHJ, 50% of all the major accidents and two-thirds of all deaths in major incidents in Pakistan are due to road traffic crashes, and more than half of these were not even traveling in a car. Furthermore, according to two independent population-based surveys, occurrence of road traffic injuries in Pakistan is around 15-17 per 1000 persons. These injuries also lead to an increased workload in hospitals, further burdening Pakistani economy by over US$1 billion. According to officials at Rescue 1122, the most number of emergencies dealt by them are road traffic crashes. The service has responded to nearly 6 million road related accidents in the past seven years.

According to data posted by EMHJ’s study, traffic accidents increased by over 10% during the month of Ramadan back in 2011, also citing that over-speeding was the leading cause of these collisions with the majority of accidents being reported between 2 to 6 PM. So, to return home early for Iftar, drivers tend to show impatience and violate traffic rules, resulting in different forms of traffic accidents. Another study done by Karachi’s Jinnah Medical Centre analyzing the occurrence of injuries in Ramadan in 2009 and 2010 confirm this trend.

Another reason for increased traffic congestion in Ramadan is the increase in seasonal roadside stalls and vendors which occupy space on main roads and sidewalks leading to obstruction in both flows of traffic and pedestrians.

Traffic accidents are a major public health issue of Pakistan, with a considerable socio-economic impact. Better law enforcement governing both road traffic and placement of seasonal vendors, better road infrastructure coupled with self-commitment can play a vital role in improving road safety conditions across Pakistan while reducing the number of accidents, and in return reducing the chances of fatalities as well.