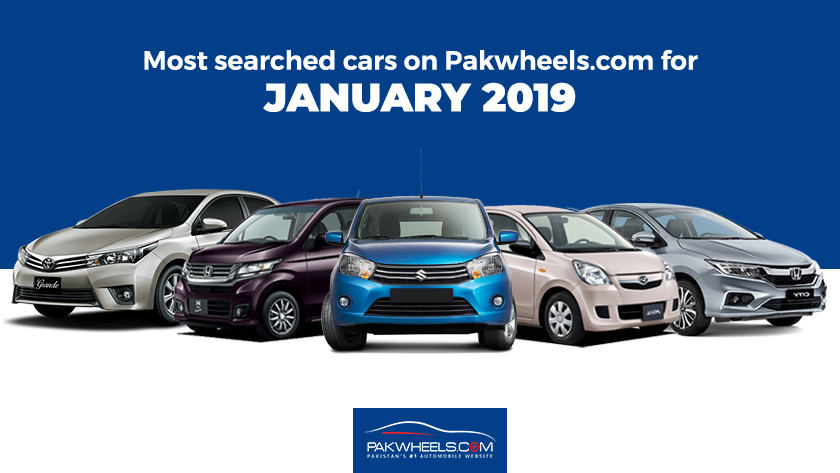 The first month of 2019 saw people searching for a whole variety of cars, including locally manufactured as well as imported cars of different engine capacities. Among the top searches for used cars, Toyota Corolla, Honda City, Honda N WGN, Suzuki Cultus, Suzuki Wagon R, and Daihatsu Mira were particularly looked up by people. Daihatsu Mira, especially, became the centre of attraction for many as there was 35.64% increase in searches for this vehicle from December 2018 to January 2019. Among the top searched bikes for the month of January 2019, Honda CG 125, CD 70 and CB 125F are worth mentioning.

Top searched hatchbacks searched on PakWheels for the given period were Suzuki Mehran, Alto, and Wagon R and Toyota Vitz.

In the backdrop of the latest SRO 52(1) 2019, wherein the applicable duty on imported cars must now be paid in foreign currency, it would be interesting to see if the searches for imported cars, especially 660cc cars goes up or down in the coming months.