Car crash test is carried out to assess the safety and crash compatibility of a car, by mimicking the most common types of accidents in car crash test facility/lab. The data gathered from these crash tests provides guidance to the manufacturers and vehicle owners.

There are different car crash test programs that provide the vehicle buyers, information regarding the safety performance of a vehicle. Few of the institutes that conduct car crash tests and provide assessed data are National Highway Traffic Safety Administration (NCAP-USA), Euro-new Car Assessment Program (Euro-NCAP), Australian New Car Assessment Program (ANCAP), and JapNCAP. All these institutes use new and used vehicles and hybrid dummies to test the impact of crash on car, passengers, and pedestrians.

There are multiple types of crash tests carried out to assess the crash compatibility of a car. Few of the crash tests are explained below. 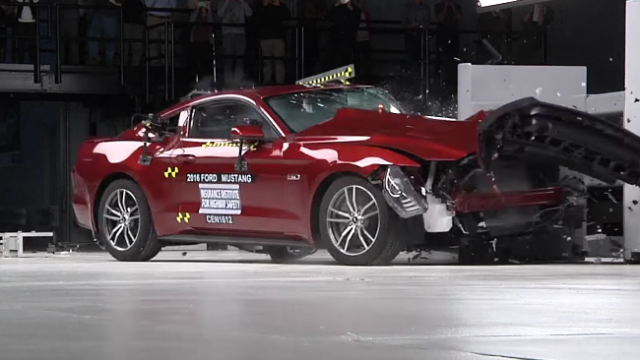 Frontal impact test is carried out by crashing a car into a solid concrete wall at a specific speed. Moreover, the frontal crash test can also be vehicle-vehicle.

Frontal Crash test is divided into two categories: Moderate overlap frontal test and small overlap frontal test. In both tests, the speed of the car is just under 40 mph (speed may vary depending on the institute carrying out the test), and a hybrid dummy is sitting on the driver seat. Sensors installed on hybrid dummy help in measuring the impact on the head, chest, and neck of the dummy.

In the moderate overlap frontal test, 40% of the vehicle’s front from the driver side strikes the concrete barrier. Small overlap frontal test replicates the crash when the front of the car strikes a poll or a tree. In this test, 25% of the vehicle’s front strikes a barrier from the driver’s side. Both these crash tests help in analyzing the design of seat-belts and airbags. 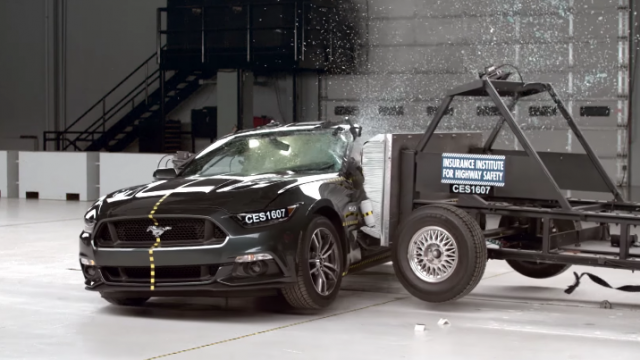 Side impacts in vehicles result in high fatality rates because of the absence of proper crumple zone. Crumple zones absorb and reduce the impact and protect the passengers. In the lab, a movable barrier attached of an aluminium honeycomb (similar to SUV) crashes into the driver side of the car. The speed of the barrier is around 30 mph (depending on the institute where the test is carried out). 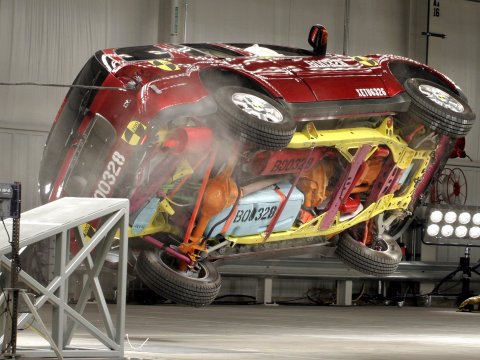 Roll-over tests are carried to judge the risk of roll-over after a collision or sudden curving moment. Taller vehicles such as mini-vans, SUVs, and pickups are more likely to roll-over because of their higher center of gravity. A vehicle’s rollover is linked with roof strength of the vehicle. So, roof strength test is designed to check the strength of roof during a roll-over. Different institutes use different methods to perform the roll-over test. 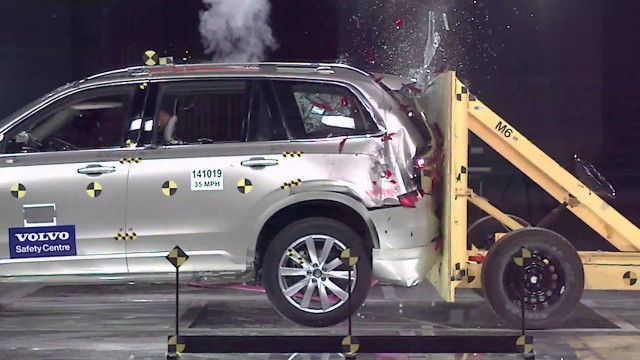 Whiplash Test is carried out to assess a rear-end crash. Rear impact crash can cause head, neck, and spine injury. For this test, a dummy is placed on the seat in the laboratory and the forces resulted by rear-end-crash are applied. Neck forces and geometries of the seat are used to evaluate the level of protection the car seat.

The concept of car crash test is quite unheard in Pakistan. In fact, neither government nor car manufacturers has done anything about this. Although, few cars are coming with advanced safety features, but this is insufficient, considering the increase in the number of roads accidents. Government and car manufacturers need to pay attention towards this serious issue.

More than a Dozen Vehicles Involved in Road Accident on Motorway