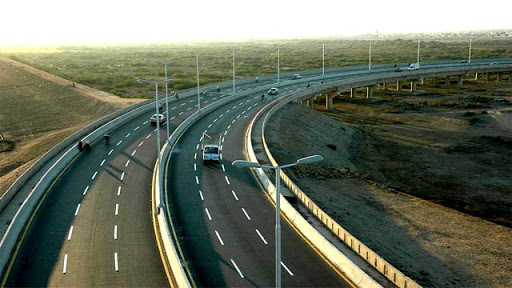 Now all drivers travelling on motorway need to be extra careful, as they will have to pay fine for over speeding under any circumstance. According to media reports, National Highway and Motorway Police have installed the world’s best and latest intelligence Transport System on Multan-Sukkur M-5 Motorway.

The police have issued a warning to the commuters after installing this system. This new system’s cameras will take a picture of over speeding or any violation of traffic, automatically.

It is pertinent to mention that Multan-Sukkur Motorway is the longest national highway of Pakistan and a vital part of China Pakistan Economic Corridor (CPEC). The 292-kilometre-long road was constructed at the cost of Rs2.89 billion. The road connects Multan, Shujabad, Bahawalpur, Uch Sharif, Rahim Yar Khan, Sadiqabad, Ghotki, Panu Aqil and Sukkur.

Furthermore, this motorway reduces the travel by 75 kilometres as compared to National Highway. Moreover, the travel time has been reduced from 6 hours to 3.30 hours. The government inaugurated the road in September 2019.

Meanwhile, preparations for the construction of its next phase, from Sukkur to Hyderabad, are underway.

Earlier in October 2020, Federal Minister for Science and Technology Fawad Chaudhry said that the government will install electric vehicle charging stations on all motorways. He was speaking at the ceremony to sign a MoU between science ministry and British Company, EGV Limited. Both sides have signed the MoU to build electric buses in the country.

“In next two to three years, the entire motorway network will shift to EV charging,” the federal minister said.

He further said that EGV is Europe’s largest bus manufacturing company, and will make electric buses in Pakistan. “This is the second agreement of current government with a foreign company to develop electric buses,” he said.

In the first phase, the buses will run in three major cities of the country, i.e., Islamabad, Karachi and Lahore.

Furthermore, the government has announced to shift 40% of public buses to electric within the next ten years.