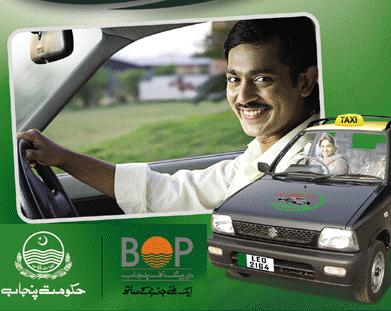 The automotive related factors of budget 2014-15 are already being discussed on PakWheels and here’s another one, the Yellow Cab Scheme. Back in 2012, the Punjab government initiated the Yellow Cab Scheme under which Pak Suzuki Motor Company produced black (with yellow roofs) Mehrans and Bolans. In the new budget, the Punjab government has planned to allocate another 25 billion rupees to carry on this scheme. Although the government has not revealed any details about the manufacturer, researchers and analysts expect it to be Pak Suzuki as it has over 50% share in the Pakistani market. This will help improve the profitability of Pak Suzuki roughly from 13% to 20% through the years 2014-15.

It is expected that Al-Haj FAW will also be given the contract along with Pak Suzuki as FAW is also capable of producing small pickups and vans. Anyway, Pak Suzuki will remain the major contractor as FAW is comparatively a very small firm, Pak Suzuki has more production capacity and it has already been given a previous contract.

Earlier in 2012, 20,000 vehicles were produced by Pak Suzuki under this scheme which comprised of 60% Mehrans and 40% Bolans. Though the proportion will remain same this year, the number of total vehicles will be around 38,000 to 40,000 to fully utilize the 25 billion allocated to the scheme. Seems like Pak Suzuki is looking forward to a bright future at least for the next three years in which these Yellow Cabs will be provided.

We are certain about the positive intentions of government on this issue but this has another side to it, the people. Though the scheme is intended to provide the average man with working opportunities, it is exploited by people who want these vehicles for personal use, as it has interest free installments. The previous scheme had a lot of discussion on PakWheels.com about people using these vehicles for their daily personal commutes and even dropping kids to schools. We hope the government has some kind of check on who is buying these cars and to restrict the personal use of these vehicles.