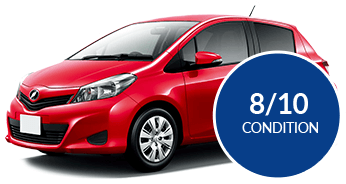 END_OF_DOCUMENT_TOKEN_TO_BE_REPLACED

Toyota has many products which are worth praising and can surely not forget Toyota Premio in the list. Toyota Premio is a sedan sold in the compact luxury category according to Japanese regulation. The vehicle production was started in 2001 and has been seen in Pakistan since more than a decade. Premio is a vehicle which undoubtedly offers comfort along with good drive and is one of the few best cars available in Pakistan.

Premio has a good share of the Pakistani auto market. Although the newer models are slightly priced high, they still are selling like anything. Used Toyota Premio 2014 price is between PKR 25 Lacs to PKR 35 Lacs depending on the grade and condition. On the other hand used Toyota Premio 2015 price in Pakistan is more than PKR 40 Lacs. The older models of Premio can be purchased in PKR 11 Lacs as well. 2013 Toyota Premio starts from PKR 19 Lacs however it can go as high as PKR 30 Lacs.

Toyota Corolla Altis Grande, Honda Civic and Toyota Allion are direct competitors however it is undebatable that Toyota Premio wins it all over. Toyota Allion is almost the same vehicle but according to Toyota Global, Allion is a lower grade of Premio. Although the comparison of local cars with Japanese cars is not just, however, all praise for Premio.

If the vehicle is in good condition, it'll give you impressive amounts, on the other hand, there are Premios in the market where owners are asking under Rs. 10 Lacs and no ones willing to purchase the vehicle. Toyota Premio has good resale value, but it cannot be used for investment purpose as the trend goes in the market these days.