Metro MR 70 2021 is another notable addition to the Metro two wheelers product line. Metro MR 70 goes an extra mile to seek the attention of local bikers. it has some elegant tank and side cover graphics and an air cooled single cylinder SOHC engine. An enthralling digital speedometer in this bike has added to the success rate of this bike. For the economy it stands credibly. Metro MR 70 is not only highly affordable but mileage-friendly as well.

Metro 70cc does not come with features which will make you go crazy. However, reviews reveal that the frame of the body is pretty durable compared to opponents. Metro 70 bike does not only has an affordable price, but it also has a friendly mileage. "You can surely get the fuel tank full once and forget for a week".

Metro 70 has a typical 4-stroke, single cylinder air cooled 72cc engine. The bike is kick start and has a 4-speed transmission.

There is nothing special found on the bike, and one shouldn't even expect much as it gives you good mileage, durability and friendly price tag. A normal speedometer is equipped to fulfil the task. The frame of the motorbike is slightly smaller compared to its direct competitor.

Metro 70 2017 price in Pakistan is PKR 43,600 which is a major reason for people to purchase the bike. According to Metro, keeping profits minimum and maximising sales is the best way to operate in the market and capture the market share. It is the Metro 70 price tag which has made it alive in the cut-throat competition industry. Even though the price tag is low, there is an enormous potential market for Metro 70 bike which is still untapped.

END_OF_DOCUMENT_TOKEN_TO_BE_REPLACED 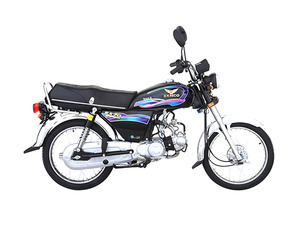 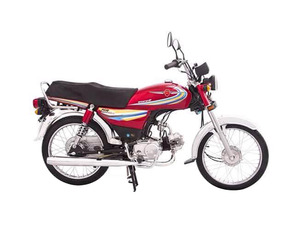