Toyota Motors Pakistan – Toyota Company emerged as a public limited company in Dec. 1989 and initiated its commercial production of new Toyota cars in May 1993. Firsthand Toyota automotive production facilities are located in Karachi, Pakistan. Indus Motor Company is the only manufacturer around the world, where Toyota and Daihatsu cars are manufactured together. Toyota new car is one of the most favorite cars in our country. State of the art automotive technology is used in the making of new Toyota cars at production facilities located in Karachi. Toyota is providing safe & sound journey world-wide including Toyota Pakistan. Auto technologies developed by Toyota are warmly appreciated in our society. Indus Motor Company (IMC) is the distributor of Toyota and Daihatsu vehicles through its dealer’s network such as Toyota Ravi Motors spread all over Pakistan. IMC is a joint venture House of Habib, Toyota Motor Corporation, and Toyota Tsusho Corporation for assembling, manufacturing and marketing Toyota automobiles in Pakistan. PakWheels is proud to be a leading part of an online auto industry in Pakistan. Toyota is an eminent name amid cars in our nation, and we strive to provide you authentic information about brand new cars released by Toyota Pakistan. We are also fulfilling the duties as pioneers in online classified ads industry. Here you’ll be looking at refreshing looks of new Toyota cars.
New Toyota cars are assembled on Toyota Production Systems applied at IMC, Toyota Pakistan. Find the range of new Toyota vehicles including Altis, Avanza, Camry, Corolla, Fortuner, Hilux, Mark X and Prado released in Pakistan. IMC is manufacturing 1300 to 2000cc Toyota Corolla, 850cc Daihatsu Cuore in cars and 2400cc Toyota Hilux in LCV. At PakWheels we are dedicated to providing you the right new Toyota car from the fastest growing automobile sector in Pakistan. We appreciate Toyota’s Dream Car Art initiative in Pakistan. We strive to provide value to all users seeking information about new cars released by Toyota Motors.

I used to dislike Toyota Corolla definitely this asian model and after owning is I just hate it :( I think rating covers what I wanna say ;)

Toyota Corolla "Passion to OWN one"

On whole Corolla is a very nice car and the new model is having very refreshing look compared to the old one and comfortable too. Its comfort,looks,power,performance are so impressive that it c... 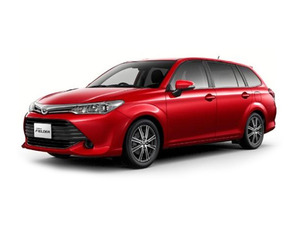 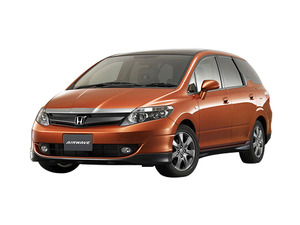