Toyota Yaris is a subcompact car that is available as a sedan and a hatchback. The availability of these body styles differs in different regions. For example, in Pakistan, you can only find the sedan version of Yaris. Other names that are attributed to the same car are Vitz, Platz, Belta, Echo, and Vios. These are all available in Pakistan as imported vehicles. These do not get manufactured locally. Yaris was launched in 1999 and it has been a success ever since. Like other Toyota vehicles, Yaris also comes with an amazing reliability record.

The first generation of Yaris was launched in 1999 and was codenamed XP10. It went out of production in 2005. Sedan, hatchback, and coupe body configurations were made available to the global market. Hatchback models were also known as Vitz in many countries. For sedan and coupe models, Platz was used in many countries across the globe. Even the first generation of Yaris was loaded with features like power steering, power windows, power mirrors, and airbags.

The second generation was codenamed XP90 and was launched in 2005. Production of this model was halted in 2013. The coupe body style was not offered in this generation. Sedan versions (4-door) were often called Belta in many regions. The hatchback was also known as Vitz.

The fourth generation was launched in 2020 and it is the current generation of Yaris. It has not been launched in Pakistan yet. Pakistan has recently received the third generation sedan which was originally launched back in 2013 in many regions across the globe. This generation is being built on the GA-B platform. It debuted in Japan first in February 2020. Three trim levels were introduced. These include G, X, and Z variants. A four-wheel-drive variant is also available in Japan that was launched in April 2020.

Before the advent of the locally-manufactured Yaris sedan in Pakistan, Yaris was a very popular Vitz hatchback. This hatchback has been around for more than two decades as an imported Toyota vehicle. Currently, there are five variants of the third generation Yaris available in Pakistan, namely, 1.3L GLI manual, 1.3L GLI CVT, 1.3L ATIV MT, 1.3L ATIV CVT, 1.5L ATIV X MT, 1.5L ATIV X CVT.

The resale market of Toyota Yaris Pakistan and Vitz is very active. You can easily buy spare parts from the local market. Maintenance costs are also low; however, certain body parts are very expensive as they get imported.

Toyota Yaris 2021 boasts the same exterior like that of the discontinued Xli and GLi models but is a bit more aggressive. The front small grille is the trademark of previous Toyota models and can be seen in the new Yaris as well. All the variants have four beam halogen headlamps but only the top variants have daytime running lights, partial chrome plating, and fog lamps.

In the side view, it has body-colored door handlers for the lower variants and chromed door handles for the higher variants. All variants come standard with body-colored side mirrors that have integrated turn indicators. Rear-end of the car has LED line guide rear lamps while rear chrome garnish is only available in the top three variants. The rear camera is also available only in the top two variants.

The interior of the Toyota Yaris 2021 is clean and sleek. With the option of tilting and adjustment, the steering wheel comes with control switches only in the top four variants. The steering switches control audio and Bluetooth in the 1.3L ATIV trims and additionally multi information display (MID) features in the top two variants.

The inner door handles are chrome colored in the top two variants, silver-painted in the 1.3L ATIV trims, and pigmented in the two base variants. Other standard features in all variants include illuminated entry system, power windows, central door locking, and front personal lamp. Air conditioner and heater are available in all variants but the top two variants come with auto air conditioning and climate control.

Yaris’ 2021 safety features include two airbags and an immobilizer. The vehicle also comes with advanced safety features like vehicle safety control with traction control and hill start assist. The anti-lock braking system with EBD and brake assist is standard in all variants. A key reminder warning and light reminder warning is standard in all variants.

With a 1.5-liter 2NR engine and Manual Transmission, the car can reach speeds up to 190km/h and it takes 10.2 seconds to accelerate from 0-100km/h. Compared to the larger 1.3 Liter engine, the smaller 1.3 Liter engine takes about 13 seconds to sprint from zero to 100 km/h, and the time increases with an increase in the number of passengers sitting inside.

Toyota Yaris 2021 is available in the following colors:

Yaris 2021 is an easy-to-handle vehicle, especially when going around town. It can swiftly cut through sharp turns and curves even without sensors. It has minimal body roll and its brakes are satisfactory.

It is more suitable for urban rides as the quality of its performance declines on highways.

As Yaris 2021 has been available in the market for a long time, consumers can easily buy spare parts from the local market. Maintenance costs are also low; however, certain body parts are very expensive as they get imported.

Toyota Yaris 2021 has several competitors in the Pakistani market as all companies are offering sedans jam-packed with the latest features but the ones that dominate the market are Proton Saga, Changan Alsvin, and Honda City.

Honda City has almost the same safety and driver assist features as that of Yaris. On top of that, it provides better mileage and is more spacious than Yaris. Yaris competes with City by offering a more powerful engine, more fuel capacity, and a lesser price.

The Proton Saga is a new car in the Pakistani market and has become instantly popular due to its low price. It offers all the features of Yaris but is a bit smaller in size and has lesser fuel capacity.

Changan Alvis is another popular competitor dominating the Pakistani market. The new vehicle boasts the same features as that of Yaris 2021 and offers a couple of more luxury features as well like a more powerful engine, climate control feature, leather seats, and rear speakers. Yaris 2021 beats Alsin when it comes to more fuel capacity and overall bigger size.

The manual variants come in 5-speed manual transmission while the automatic variants have 7 speed CVT and sport sequential shiftmatic system. 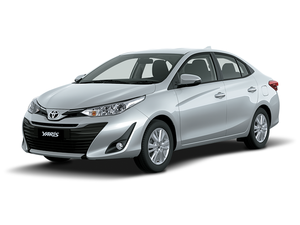 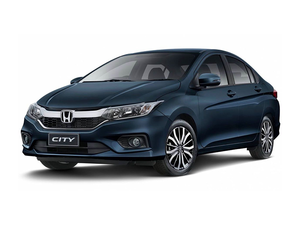 Awesome car in this budget

Exterior is good not very good but good.The height of the dashboard is very high to my surprise.we can't see the bonnet.the acceleration is minimal.the car gives you a big margin for performance wi...