Kia Sportage 2022 is a compact SUV (classified as a compact crossover SUV since 2004) manufactured since 1993 by the South Korean automaker Kia.

The fourth generation KIA Sportage has become a hot-selling SUV in Pakistan. KIA Lucky Motors launched the Sportage in August 2019. Since then, the Korean car has taken over the SUV market. Although Sportage is not a new addition in the local market. It has a history in Pakistan.

Fourth generation KIA Sportage made a comeback in 2019 and has been a huge success. As a start, KIA Pakistan launched the fourth generation Sportage in two variants: All Wheel Drive (AWD) and Front Wheel Drive (FWD). Later, in June 2020, the company added the Sportage Alpha as a third variant in the lineup.

KIA Sportage 2022 looks modern and stylish in design with its sleek strokes. The front looks sporty with Kia’s signature tiger-nose grille. The car has a lot of chrome work at the front and a glassy black color material, installed in different parts of the vehicle, including fog lamps and roof rails. The outside mirrors are electrically adjustable, retractable, and heated.

The front of the Kia Sportage houses bi-function projection halogen headlights in the Alpha variant, LED headlamps in the AWD and FWD variants, daytime running lights, and beautiful LED side indicators. The car handles have welcome lights which light up whenever the smart car fob is in range.

A rear camera is available in all variants. On top of that, the AWD variant has a power tailgate that has memory function and its height can also be adjusted. Overall, the vehicle has a very sporty look, and it looks like a miniature version of the Porsche Cayenne.

The center fascia in Kia Sportage 2022 is angled towards the passengers at a perfect 7.2-degree angle so that audio and air conditioning systems are all within easy reach. A 7-inch in the Alpha variant and an 8-inch infotainment multimedia system in the FWD and AWD variants is compatible with both Android Auto and Apple CarPlay along with BlueTooth connectivity. The 8-inch multimedia system also supports Videos and Weblink.

6 speakers in the car provide good quality audio experience but nothing out of the ordinary. Kia Sportage also comes with front and rear USB ports for easy accessibility of all passengers. Automatic air conditioning comes with the feature of dual zone climate control. All variants come with room lamps, personal lamps and overhead console lamps along with an illuminated vanity mirror and electrochromic inside rearview mirror.

Safety features include airbags and anti-lock braking system in all variants while Electronic Stability Control, Downhill Brake Control, Hill-Start Assist Control, and Vehicle Stability Management are only available in the AWD and FWD variants.

Kia Sportage 2022 comes with a 1999cc, 2.0-liter gasoline MPI engine that produces 115/6200kW/rpm and 196/4000 Nm/rpm of torque. The engine is mated with a 6-speed automatic and sportmatic transmission. It has three drive modes which are Normal, Eco, and Sport mode.

The Kia Sportage 2022 has an impressive fuel consumption of 12 km/l in the city and 16 km/l on the highway. The Sportage comes with a fuel tank capacity of 62 liters which makes it suitable for long rides.

In addition to its high level of grip in corners and a suspension that smooths out bumps well, Kia has made the Sportage enjoyable to drive. Although there is a significant body roll, the car is in no way uncomfortable, and it is a big improvement on its predecessor. At motorway speeds, the Sportage produces quite a bit of wind noise around the door mirrors, but overall it is a very relaxing long-distance cruiser.

As KIA Sportage 2022 is being locally assembled in Pakistan, its auto parts are easily available in the market. Moreover, consumers will find it easier to get their cars inspected and serviced.

From Hyundai Tucson to Proton X70, MG HS, DFSK Glory 580 Pro, Haval H6, and Haval Jolion, the Korean SUV has many competitors in the local market.

MG HS competes with Kia by providing the same features and more. MG HS is more spacious and has a bigger ground clearance which gives it more stability. It also has a front camera along with a rear camera for a safer driving experience. Kia beats HS when it comes to higher fuel capacity and price as Kia is a lot cheaper than the HS making it a more desirable option.

The Hyundai Tucson provides strong competition to Sportage due to its better fuel consumption. The rest of the features of both the Tucson and Sportage are same but Sportage is cheaper in price than Tucson.

Proton X70 is another strong competition for Kia Sportage. The X70 has a more spacious interior and comes equipped with all the features that Sportage has to offer. It also is cheaper in price which gives it an edge over the Sportage.

Sportage is a great Buy and is Value to money But somethings are there that u wish would be in sportage.First is the radar and safety features.Second is the pedal shifters and the third is Ambient ...

The car is very good from all aspects. There are 4 things which i miss and don't like:- 1) All windows are not auto. Only the driver seat window is auto. I think all the windows should be auto for ...

END_OF_DOCUMENT_TOKEN_TO_BE_REPLACED 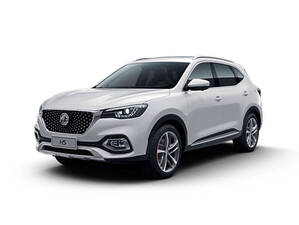 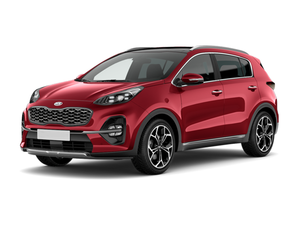