BMW Pakistan – It was 1916 when BMW established its first office in Munich. Today the extravaganza of BMW motors has accomplished worldwide recognition among famous car brands. In Pakistan, Dewan Motors Private Limited is the official dealer of new BMW automobiles. BMW's German cars are known for their performance, luxury, and power. PakWheels.com is dedicated to providing value to users seeking BMW car models. Find reviews and prices of new BMW models released in Pakistan. Discover the BMW model, which perfectly suits your needs and check ratings by BMW owners in Pakistan. You can check new BMW features, comparisons, prices and used BMW motorcars available in Pakistan.

TECHNOLOGY AND PERFORMANCE OF BMW CARS

It is a known fact that BMW Pakistan produce more power than its competitor's vehicle. However, the debate between BMW and Mercedes Benz is never-ending. Innovation in the auto world is in immense speed, and BMW cars are nowhere behind in contributing. The lane departure warning (LDW), Lane Keeping Assists system (LKAS), road departure mitigation (RDM), adaptive cruise control (ACC) and Forward collision warning (FCW), etc. are just some of the technology present in their latest models. All these techniques in the vehicles enhance better and safe driving for people inside and outside BMW vehicles. BMW Hybrid cars, on the other hand, have also been doing great in the auto world. BMW also have started charging stations in Pakistan which shows the growth of plug-in hybrid cars in Pakistan. Plenty of Plug-In Hybrid models of BMW are found in Pakistan; such as BMW 7 Series Active Hybrid etc. All these cars have done very well in the Pakistani market.

Dewan Motors has established BMW dealerships in the major cities of Pakistan. BMW motorcars range in the price of 50 lacs to 300 lacs. However, they still are manageable and provide value for money BMW 3 series starts from 50 lacs PKR however top of the line costs 65 lacs. BMW has launched X1 in the Pakistan after predicting that trend is increasing in the crossover section.

Dewan Motors has established BMW dealerships in the major cities of Pakistan. BMW cars range in the price of 50 lacs to 300 lacs. However, they still are manageable and provide value for money BMW 3 series starts from 50 lacs PKR however top of the line costs 65 lacs. BMW has launched BMW X1 in the Pakistan after predicting that trend is increasing in the crossover section.

According to the figures of BMW cars for sale in Pakistan, BMW 3 series has been the most popular vehicle. Although one cannot deny that BMW 3 series as well is a famous car but there is something or the other which outstands BMW 3 series. BMW 5 series has done extremely well in the Pakistani market, so is the case for BMW 7 series. Recently the BMW X1 has also done pretty well in the market, and you see it every time you hit the streets. Other than that BMW X5 & BMW i8 are growing rapidly in the market of Pakistan.

AVAILABILITY OF BMW CARS IN PAKISTAN

As there are plenty of BMW dealers available and with a popular connection, there is no difficulty in the search for a brand new BMW vehicle. BMW car finance in Pakistan is also present and is very often practiced. Almost every bank offers you the facility to finance your desired BMW Vehicle.

BMW is a company consistent with new technology and design. The company aims to provide value for money so that the customers are satisfied and are always willing to come back to purchase another vehicle.

A One Excellent Car

BMW X1 is my favourit car. So comfortable, beautiful look, nice shape, cute walk, graceful exterior, eye catcing inn side of the car, Leather seats. So every point of view this car is very well. I ...

i have a BMW 745i 2003 and it is an excellent car i am driving it for last 6 months and the car is excellent in performance i took the car in december 2010 it is a custom auction car i also hav a M... 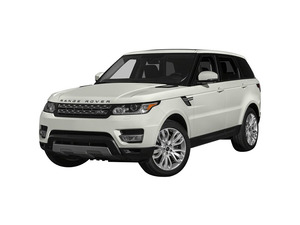 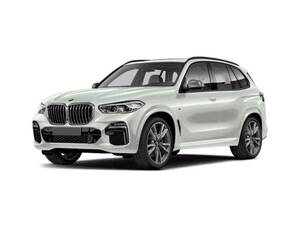