Yamaha presents a wholesome new experience of biking with its new YBR 125G. The YBR 125G is intelligently designed keeping into account the true taste of passionate bikers. Yamaha YBR 125G has an overall look of a trail bike. It possesses the same engine as that of Yamaha YBR 125. Yamaha YBR 125G has powerful shocks that are the key to this bike. The alluring speedometer has a gear indicator and fuel indicator.

The Yamaha YBR 125G comes with a two-valve engine and a DCI ignition system of 12V DC. It comes with both electric starter and kick starter features. The front has a 12V halogen bulb headlamp with a smoked shield. The front brake is a single disc brake while the rear brake is a drum brake.

Yamaha YBR 125G has a sporty design suitable for an off-roading bike. It comes with a special dual front fender. The long front shock absorber with rubber boots makes the ride comfortable, safe, and exciting. The seat is sporty and stylish with a tail-up design.

The rear suspension has the feature of 5-step adjustment which makes riding on bumpy tracks easier. The Yamaha YBR 125G also has block-pattern tires for better grip. On top of that, it comes with a cast wheel and chrome protector muffler which gives it a stylish look.

The Yamaha YBR 125G is built for riding on rough tracks and for off-roading. Its sporty design is accompanied by a better rear suspension for a smoother ride. It also comes with better stability than the YBR 125G and can be easily taken on twisty roads. Its smaller wheelbase challenges stability but adds to its swiftness and speed.

The Yamaha YBR 125G has a fuel capacity of 13 liters and has a fuel consumption of approximately 60 km/l.

Yamaha YBR 125G has a good resale value in the Pakistani market. It is still dominated by Honda CG 125 but does better than Suzuki 110 and 150 bikes due to the availability of the spare parts and because of the expanding dealer network. Currently, it is easy to resell a Yamaha YBR 125G in Pakistan.

Despite the fact that Suzuki GD 110S has less impressive features as compared to the YBR 125G, it provides value for money at a much lesser price. The GD 110S has a 4-speed transmission with a 9.5:1 compression ratio which is less than that of the YBR.

Suzuki GS 150SE is another strong contestant with a 150 cc engine and higher power and torque. It provides great value for money although at a price which is greater than that of YBR 125G. YBR 125G beats GS 150SE when it comes to fuel capacity and fuel consumption.

END_OF_DOCUMENT_TOKEN_TO_BE_REPLACED 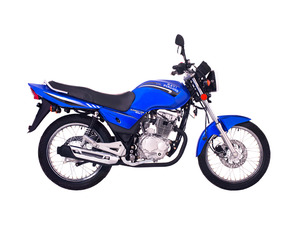 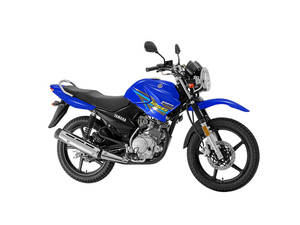