Toyota Yaris is a subcompact car that is available as a sedan and a hatchback. The availability of these body styles differ in different regions. For example, in Pakistan, you can only find the sedan version of Yaris. Other names that are attributed to the same car are Vitz, Platz, Belta, Echo and Vios. These are all available in Pakistan as imported vehicles. These do not get manufactured locally. Yaris was launched in 1999 and it has been a success ever since. Like other Toyota vehicles, Yaris also comes with an amazing reliability record.

The first generation of Yaris was launched in 1999 and was codenamed XP10. It went out of production in 2005. Sedan, hatchback and coupe body configurations were made available to the global market. Hatchback models were also known as Vitz in many countries. For sedan and coupe models, Platz was used in many countries across the globe. Even the first generation of Yaris was loaded with features like power steering, power windows, power mirrors and airbags.

The second generation was codenamed XP90 and was launched in 2005. Production of this model was halted in 2013. Coupe body style was not offered in this generation. Sedan versions (4-door) were often called Belta in many regions. The hatchback was also known as Vitz.

The fourth generation was launched in 2020 and it is the current generation of Yaris. It has not been launched in Pakistan yet. Pakistan has recently received the third generation sedan which was originally launched back in 2013 in many regions across the globe. This generation is being built on the GA-B platform. It debuted in Japan first in February 2020. Three trim levels were introduced. These include G, X and Z variants. A four-wheel-drive variant is also available in Japan that was launched in April 2020.

Before the advent of the locally-manufactured Yaris sedan in Pakistan, Yaris was a very popular Vitz hatchback. This hatchback has been around for more than two decades as an imported Toyota vehicle. The resale market of Toyota Yaris Pakistan and Vitz are very active. You can easily buy spare parts from the local market. Maintenance costs are also low; however, certain body parts are very expensive as they get imported.

If you are looking for a sporty Yaris, then the GR variant is for you. The exterior of this variant is very aggressive-looking. The roof is all black and the bumpers are black design elements to highlight the sporty nature of this vehicle. It is available in two engine options. The first one is a 1.6L turbocharged petrol engine producing 260 bhp and 360 Nm of torque. The second one is a 1.5L standard petrol engine producing 118 bhp. The second engine is also available in the RS trim in various markets across the globe.

Toyota can do better than this

The exterior has a premium look on the other hand interior is not so good issue being absence of hand rest makes it difficult while driving secondly fuel average is an issue it markets 14km/ltr ho... 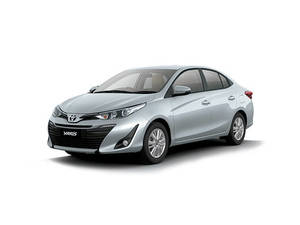 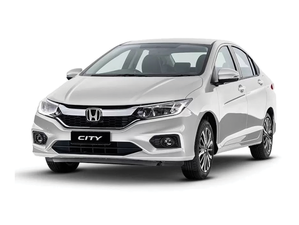