Audi is a member of one of the largest automobile manufacturing groups in the world, the Volkswagen Group. It is amongst the three most prestigious German automobile brands that specialise in luxury cars. Audi vehicles are produced in 9 facilities all around the globe. In the year 2020 alone, Audi produced more than 1.6 million car units.

Audi officially entered the Pakistani market in 2006 in partnership with Premier Systems. In 2016, there were rumors of Audi planning to start domestic production of vehicles with $30 million investment. As of now, Audi offers its complete vehicle lineup in Pakistan as CBUs.

Audi, a latin word that translates to “listen”, was a child of four different brands synthesized together. Their logo, the four rings, represents these four brands. Owned by Jorgen Rasmussen, Audi became the first European company to combine a six cylinder engine with a front wheel drive.

The company suffered at the hands of Soviets who took over the factories and manufacturing plants in World War II. After the war ended, Audi was reborn as a spare parts manufacturer in Bavaria. Fast forward to 1991, Volswagen group bought Audi after their rise to international fame.

In Pakistan, Audi vehicles have been very popular due to the presence of a local partner. The opportunity to own a luxury German vehicle at a reasonable cost attracts many buyers.

The Audi A3 came as an alternative to the locally produced sedans, Civic and Corolla. A3 got its popularity because it came from an established German automaker. Consumers were willing to pay a slightly higher price for the A3 as compared to other common Japanese cars. Later, Audi A3 became unreasonably expensive and lost its sales due to government regulations.

The car is still offered with multiple engine options, ranging from 1.2 to 1.8 litres. A3’s powerful drive, safe and sturdy build quality, and modern technology make it superior to its competitors.

A6, the bigger brother to A3, is another popular luxury sedan in Pakistan. Unlike A3, Audi A6 has held its ground despite its price being significantly higher than any local competitors. Not only was it a D-segment luxury sedan with a comfortable ride, the futuristic design language of Audi played a key role in the model’s success. The car ships with a 3.0-litre TFSI engine along with a 3.0-litre diesel V6. Both these engines are assisted by Audi’s mild hybrid technology.

Audi e-tron was the first electric SUV in Pakistan. To the surprise of many, it turned out to be a popular one. It is offered with multiple powertrains that are guaranteed to excite the passengers with a burst of all electric acceleration. The latest e-tron sportback variant is also available in Pakistan.

Availability of Audi Cars in Pakistan

The cars are available through a network of Audi dealerships in multiple cities across the country.

Audi enjoys a good reputation when it comes to resale in Pakistan. Their cars maintain their value and very rarely result in a loss. Used Audi cars are also available on Pakwheels.com.

One of the best cars available in Pakistan

55 quattro if available is a better buy but I have not had any issues with driving to Islamabad from Lahore occasionally. Dealership staff is excellent and features are superb. If you are able to a...

END_OF_DOCUMENT_TOKEN_TO_BE_REPLACED 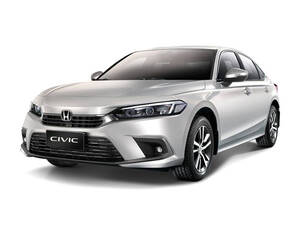 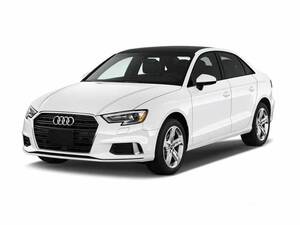