Chevrolet is the brainchild of Lois Chevrolet and William Durant. Founded in 1911, the company has been owned by General Motors of Detroit, USA since 1918. With a strong parent company, Chevrolet has been operational globally in over 100 countries.

Entering Pakistan in 2005, GM hoped that by manufacturing cars in Pakistan aided by Nexus Automotive they would be able to export and sell a large number of vehicles in Pakistan and overseas. The monopoly of big three and lack of government support in the form of any incentives resulted in poor sales and eventually an end of operations.

Recently there have been rumors of Chevrolet considering a comeback in Pakistan after favourable policies through the government's auto policy.

Chevrolet Joy was among the two models introduced in Pakistan by Chevrolet in affiliation with Nexus Automotive. It was the only model manufactured by Chevrolet Pakistan. A hatchback, known internationally as Chevrolet Spark was meant to appeal to the middle class customers. The car was offered with a 1.0 liter engine intended for fuel efficient drives in the city. The car had additional features such as power windows, air conditioning and cassette player.

Chevrolet Optra was the second of the two models introduced in Pakistan. The car was sold as a CBU in Pakistan between 2005 and 2006. It came with a 1.6 liter engine and was meant to target the market captured by Honda and Toyota Sedans. The car had an automatic transmission with hydraulic power steering. The car came with a CD player as well . The car also boasted an EFI that was meant to reduce fuel consumption.

The name Camaro in itself is a brand well known throughout the world. However, the camaro never made it to Pakistan through Nexus Automotive. Different generations have been imported by individuals and dealerships on their own. The car comes with various engine options including V6 and V8. It is popular because of its American Muscle heritage throughout the world. Latest generation Camaro was introduced in 2016.

Availability of Chevrolet Cars in Pakistan

Chevrolet cars were available from 2005 to 2006 in Pakistan. After Nexus ended operation in 2006, individuals had to import cars on their own. Currently there are several used Chevrolet cars for sale including Optra and Joy on Pakwheels.com.

Resale of Chevrolet Cars in Pakistan

Resale of Chevrolet cars in Pakistan is relatively poor due to lack of after sale services and availability of parts. Only a few selective models are available for sale in the used cars market.

I bought this car three times because whenever i buy another car i just miss it. This car has amazing build quality it looks and feels so upscale compared to japanese Pakistani cars like corolla ci...

Beauty and the beast

Exterior: Very very aggressive and futurist look appealing from all angles. Paint quality is excellent . even after 12 years the shine is better than any local car. Interior: Once you are inside t...

END_OF_DOCUMENT_TOKEN_TO_BE_REPLACED 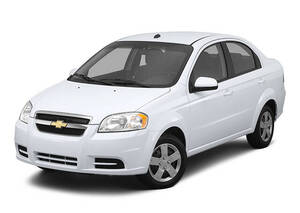