The brand name Suzuki multiplies the expectation level when attached to a two-wheeler. The Suzuki GD 110s is an outcome of great efforts by Suzuki’s competent engineers. With growing inflation and considerable instability in fuel prices, Suzuki GD 110s comes with Euro II technology fulfilling your demands for the economic ride.

Suzuki GD 110s is not just stylish it is comfortable as well. And of course, durability always comes with the brand name Suzuki. Suzuki does not let you sacrifice style and impression for the sake of mileage. The headlight, tail light, sleek design and body shape gives you the best of attraction on the roads while making you a prominent rider among others.

The rear suspension is adjustable in 5 ways for a smooth and convenient riding experience. Alloy wheels further add to the stability of the GD 110S while the digital speedometer adds to its beauty.

The Suzuki GD 110S has a sleek, modern, and sporty design with a head cowl and a digital speedometer. It has aero-dynamic aesthetics to decrease the air-drag. The bike has a comfortable stair type design seat that is designed for long rides. Suzuki GD 110s comes with front and rear protective fenders.

The state-of-the-art bike also has a black-chrome plated muffler for better exhaust and low CO2 emission. On top of that, it has garnish & star shaped alloy rims. It comes in 4 colors - black, red, grey and blue.

It has an approximate fuel consumption of 35 km/l.

The Suzuki GD 110S is popular due to its great grip. It is suitable for daily commute and for cruising through curvy paths due to its stability and strong grip. It also has adjustable rear suspensions which absorbs shocks and is suitable for bumpy rides.

It has drum brakes instead of disc brakes which is a drawback.

Suzuki GD 110S has a moderate resale value in the Pakistani market due to its performance.

Honda Pridor is a strong competitor of Suzuki GD 110S in the pakistani market. It has a higher resale value, better build quality and better performance than the GD 110S. Suzuki GD 110S beats Pridor with better compression ratio and better mileage.

END_OF_DOCUMENT_TOKEN_TO_BE_REPLACED 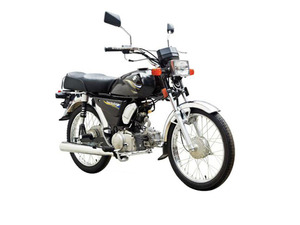 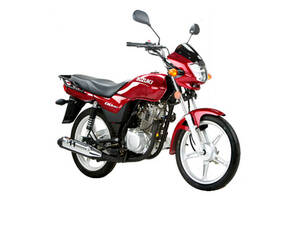 What is the engine displacement of Suzuki GD 110S?

The engine displacement of Suzuki GD 110S is 113cc

What is the fuel tank capacity of Suzuki GD 110S?

The fuel tank capacity of Suzuki GD 110S is 9 L

Which bikes are similar to Suzuki GD 110S?

What is the mileage/fuel average of Suzuki GD 110S?

What is the overall rating of Suzuki GD 110S?

END_OF_DOCUMENT_TOKEN_TO_BE_REPLACED 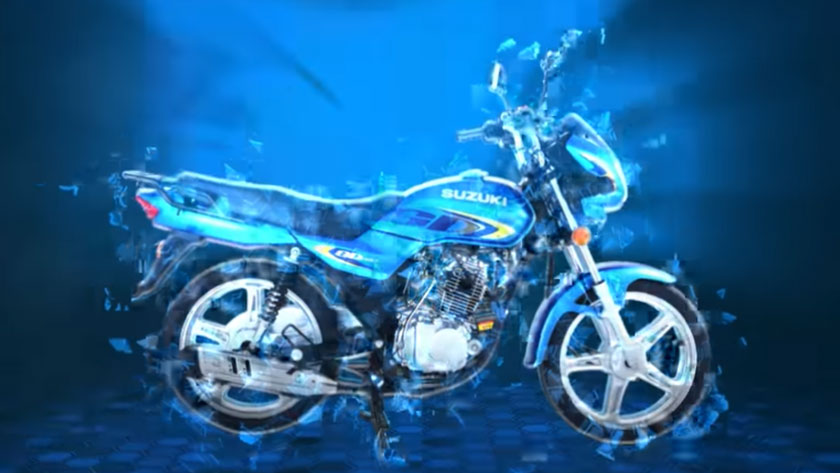 A few days ago, Pak Suzuki teased a new look for one of its bikes and asked the viewers to guess which one. Most Suzuki followers replied that it’d be the Suzuki GD 110S, and they were right. The company has confirmed our prediction and revealed the “sleek new look” of the GD 110S bike.  Suzuki has said itself that the bike has modern graphics and a stylish new look. So, before everyone starts asking what’s so new in the new Suzuki GD 110S, we already know the answer: nothing! It’s the same motorcycle with a new sticker and a cool blue color. Here, have a look!  Price of Suzuki GD 110S After the recent Suzuki bike price hike, the old GD 110S model now costs Rs. 194,000. How much will this new model cost? Pak Suzuki didn’t say. We’ll update you on the new price as soon as the company reveals it. An interesting fact about the GD 110S bike that most people don’t know is that it comes as a CBU unit in Pakistan. That’s why it’s pricier than the locally produced Suzuki bikes. It’s been seven years since the bike was first launched in Pakistan, and it is one of the better city bikes we have in the market.  This thing of launching bike models with new stickers and colors has become a custom. Almost all bike companies do it. After all these years of crying and whining, the public has now started to laugh about it.  What do you think about the not-so-new Suzuki GD 110S? How do you like its “modern graphics” and “stylish new look”? Do you think the company will increase the price and sell the new model for more rupees than the old one? Share your thoughts in the comments; let’s all have a good laugh! 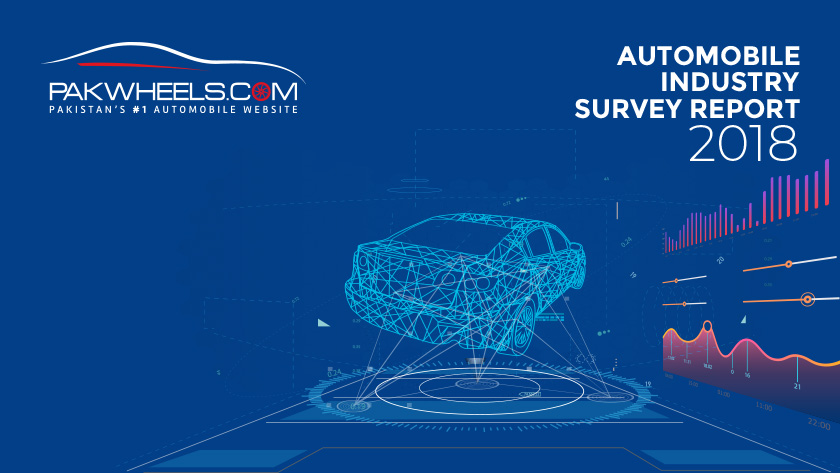