Honda is a Japanese multinational corporation which is known for manufacturing automobiles, motorcycles and power equipment. Honda Bikes are also quite famous among its users. Honda has been the world’s largest manufacturer of motorcycles since 1959. Honda vehicles are top-rated, and their models are found in every country whether it's in Asia, Europe or Australia. Honda dealers lay their service on the 3S model (service, sales and spares parts). Honda became the second-largest Japanese automobile manufacturer in 2001 and eight largest automakers in the world in 2011.

Honda’s history is full of a learning experience for other automakers. In 1986, Honda became the first Japanese automaker to release a dedicated brand Acura. Honda cars aim to reflect new technology and make traveling more relaxed and comfortable. Honda Pakistan is better known as Honda Atlas Cars. The joint venture between Atlas group and Honda was incorporated in 1992. Honda vehicles are seen actively in different rallies all around the world, winning title towards their name.

Technology and Performance of Honda cars

It is a known fact that Honda Pakistan produces more power than its competitor's vehicle. However, the debate between Toyota and Honda lovers is never-ending. Innovation in the auto world is at tremendous speed, and Honda vehicles are nowhere behind in contributing. The lane departure warning (LDW), Lane Keeping Assists system (LKAS), road departure mitigation (RDM), adaptive cruise control (ACC) and Forward collision warning (FCW), etc. are just some of the technology present in their latest models. All these techniques in the vehicles enhance better and safe driving for people inside and outside Honda cars. Honda Hybrid cars, on the other hand, have also been doing great in the auto world. Plenty of Hybrid models of Honda in Pakistan are found; naming few as Honda Accord, Honda Fit,  Honda Civic, Honda CR-Z and Honda Vezel, etc. All these cars have done very well in the Pakistani market.

Apart from some small cities and villages, Honda Pakistan Dealers are present in everywhere in Pakistan. Honda car prices in Pakistan 2015 were slightly lower than Honda car prices in Pakistan 2016. The prices have increased somewhat in the current year. However, they still are manageable and provide value for money. Honda City has different variants starting from 15.2 lacs PKR and stopping at 18.2 lacs PKR. Honda Civic also comes in various variant starting from 20.4 lacs PKR, however, top of the line civic costs 23.9 lacs PKR. Honda CRZ has been doing great Although, brand new Honda CR-Z is available in Pakistan through Atlas Honda most of the CRZs we see on roads in Pakistan are used and imported from Japan. There are two grades on CRZ where one costs 34.2 lacs PKR and the other costs 35 lacs PKR. Honda Accord is a costly vehicle with a price tag of 106.5 lacs PKR which makes it the biggest reason it is not seen on roads.

According to the figure of Honda cars for sale in Pakistan, Honda Civic has been the most popular vehicle. Although one cannot deny that Honda City as well is a famous car, but there is something or the other which outstands Honda Civic. Honda Civic has done extremely well in the Pakistani market, and some people still are finding a clean Civic. Recently the imported Honda Vehicle Vezel has also done pretty well in the market, and you see it every time you hit the streets. Other than that Honda Accord CL7 and CL9 have had their good times, but now, unfortunately, a clean ride's hard to find.

Availability of Honda Cars in Pakistan

As there are plenty of Honda dealers available and with a popular connection, there is no difficulty in the search for a brand new Honda vehicle. Honda car finance in Pakistan is also present and is very often practiced. Almost every bank offers you the facility to finance your desired Honda Vehicle.

Honda is a company consistent with new technology and design. The company aims to provide value for money so that the customers are satisfied and are always willing to come back to purchase another vehicle. At PakWheels users can find Honda car pictures, latest and old models available in Pakistan.

I bought this late 2008 from Honda sales near Bhatta chowk in Lahore. The dealer kept saying I need to buy asap as the prices will go up (which they did). It was strange as in the US prices of...

i bought the civic vti manual one and to my surprise the finish and quality of the interior was way inferior to of them the older ones ,i m talking about 06 or 05's the inner feel of the new civi... 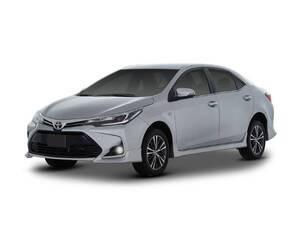 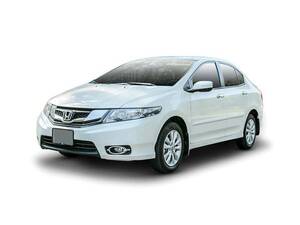