The exterior of the 1st Generation Honda Zest features a fairly unique and distinctive design language. The front end houses angular trapezium styled side swept headlights, a rectangular grill with a large chrome accent, a rectangular air intake and dual standard circular fog lights. The rear end houses stacked vertical rectangular styled side swept taillights and a standard case tailgate. The overall exterior of the Honda Zest 2006 features a fairly unique design language that is able to stand out amongst its rivals.

The interior of the 2006 Honda Zest compromises of gray and silver plastic trim pieces. The front and rear seats are covered in fabric. Standard features include power steering, power lock doors, power windows, air conditioning and a tachometer. Options include satellite navigation, contrast stitching and climate control. The overall interior of the 1st Generation Honda Zest features an average amount of interior space for a kei car of its exterior dimensions.

The Honda Zest 1st Generation can achieve an average of up to 15KM/L making for an estimated driving range of up to 450KM from the compact kei cars 30 Liter fuel tank.

The main competitor of the Honda Zest 2006 is the Daihatsu Mira, Honda N One, Mitsubishi Ek, Toyota Vitz and the Nissan Moco.

Do you own a Honda Zest

END_OF_DOCUMENT_TOKEN_TO_BE_REPLACED 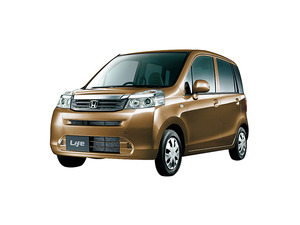 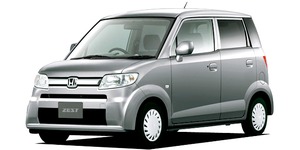 Honda Zest for Sale in Pakistan

END_OF_DOCUMENT_TOKEN_TO_BE_REPLACED

What is the minimum price of a used Honda Zest in Pakistan?

What are the variants of Honda Zest?

What is the overall rating of Honda Zest?

The overall rating of Honda Zest is 5/5 based on:

Are the Zest Car parts easily available in Pakistan?