Not Eligible for Finance

Honda Accord 2022 Price in Pakistan

Honda Accord is a mid-size sedan manufactured by the Japanese car manufacturer Honda and was launched in 1976. The sedan version of the Accord has been a long-standing best-selling vehicle in many regions across the globe. The biggest competition comes from Toyota Camry. The Accord name has been used on many different body styles. These include coupes, wagons, crossovers,, and hatchbacks. In the United States, the Accord has enjoyed a lot of success, and it became one of the first few Japanese cars to get assembled in the country. This is because the Accord provides an ample amount of legroom and headroom for rear passengers. The boot space is sizable, and the drive is comfortable in urban areas.

The first generation was launched in 1976 as a hatchback. It remained in production till 1981. At a later date, a sedan version was introduced. During the first generation, the Accord was classified as a compact sedan/hatchback. Two different engine options were provided, and these included 1.6L and 1.8L. These engines were paired with either a 3-speed automatic or 5-speed manual transmission. Standard equipment included AM/FM radio, cloth seats, intermittent wipers, and tachometer.

The second generation was launched in 1981 and remained in production till 1985. It was still available in both hatchback and sedan body configurations. Five different engine choices were given with three different transmission options. Both automatic and manual transmissions were available for this generation. Notable features included a sunroof, leather seats (upper trim levels only), power windows, and power locks. Headlamp washers were also included in some regions.

The third generation was launched in 1985 and continued till 1989. Four body styles were available in this generation: sedan, coupe, hatchback, and shooting break. Eight powertrains were available, but they were very similar. These engines were either paired with a 4-speed automatic or 5-speed manual transmission. The shooting-break variant was the highlight of this generation. This variant was named AeroDeck.

The fourth-generation was in production from 1989 to 1993. The shooting-break model was discontinued, and only three body styles were available. These included sedan, coupe, and station wagon. Notable features included power steering, power windows, power locks, CD player, center armrest, fog lights, and a security system.

The fifth-generation was in production from 1993 to 1997. The Acura brand was launched under the umbrella of Honda, and it started selling premium versions of Accord. Engine and transmission options were similar to those of the third generation. However, the sales of the Accord were never eroded by Acura models. Honda products have always been cheaper than Acura products.

From the sixth to the tenth generation, Accord has grown in size. This can be seen in the increased length and width of the car. The seventh-generation was very popular in Pakistan and the rest of the world. This was the time when Accord rose to prominence. Accord models have been rated high on safety ratings across the globe. Eighth generations introduced a lot of new features. These included airbags, rearview camera, and alloy rims.

The current and the tenth generation is a high-tech machine. It includes features like a heads-up display (6-inch), lumbar support, PVB laminated windows, power seats, and a Honda Sensing package for different driver aids. The coupe variant has been discontinued, and only the sedan is available for sale.

Honda Accord has been a popular vehicle in Pakistan. However, over the past few years, its numbers have diminished. This is due to the entry of competitors in the market and the fact that Accord is not produced locally. Therefore, it is very expensive to buy and then maintain. Currently, Pakistan has the 10th generation Honda Accord.

The new Honda Accord 2022 comes in an elegant style and sleek design. The new design language shares similarities with the previous one and retains the uniqueness of Accord. The front houses a sleek and thin front grille paired with LED low-beam headlights and LED fog lights. The power-foldable side mirrors add to the beauty of the Accord, while an electric sunroof gives the car a modern touch.

The rear of the Honda Accord houses rear combination lights with LED light bars. The rear also has a shark-fin antenna and an LED high mount stop lamp. The new Honda Accord is also embellished with rear reflectors and dual-outlet exhaust.

The rear seat also has the feature of folding down to increase boot space. The leather-wrapped steering wheel has tilt and telescope adjustment features. Steering mounted controls allow access to Bluetooth, audio, and Cruise Control. The gear shift is also wrapped in leather to give an overall feeling of luxury.

With a push-button start/stop technology, the car allows smart entry, immobilizer, security alarm system, and walk away auto-lock features. The Accord comes with two driving modes - ECON with ECON assist and Sports mode.

Air conditioning with dual-zone climate control is also a standard feature in the car. Noise-reducing wheels and active noise control reduce the noise of the car and the outside environment for a peaceful ride. One-touch lane winker and auto up/down power windows are some additional features.

With a fuel tank of 56 liters, the Accord gives a mileage of 12 km/l around town and 14 km/l on the highway.

The new Honda Accord comes with a strong base engine which returns a great mileage of 12-18 km/l. The car is easy to handle and can be driven easily at high speeds on winding roads. Its steering is responsive which makes driving a lot more convenient. Its driver assistance features allow the driver to have a safe experience while also having fun.

Honda Accord is not a new name in the Pakistani market, but as it is not assembled in Pakistan, its auto parts are expensive and hard to find. This is why its maintenance can be difficult.

The new Honda Accord competes with Toyota Camry and the Hyundai Sonata in the Pakistani market.

Toyota Camry is an old adversary of the Accord due to similar features. The Camry beats Accord because it is also available in the All-Wheel Drive option. On the other hand, the Accord has a larger inner cabin and trunk space making it more comfortable than the Camry.

Hyundai Sonata is another strong competition for the Honda Accord due to its similar features. Sonata has slowly gained popularity over time but lacks as much legroom and boot space as the Accord offers. 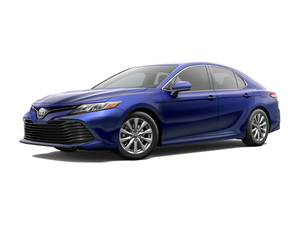 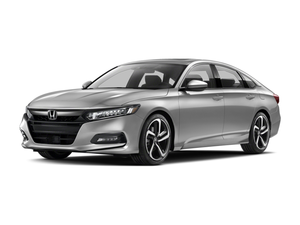 Do you own a Honda Accord

Used Honda Accord by City

Used Honda Accord by Variants