Audi A6 Price in Pakistan

Other Audi A6 Variants

Audi is a member of one of the largest automobile manufacturing groups in the world, the Volkswagen Group. It is amongst the three most prestigious German automobile brands that specialize in luxury cars. Audi vehicles are produced in 9 facilities all around the globe. In the year 2020 alone, Audi produced more than 1.6 million car units.

Audi officially entered the Pakistani market in 2006 in partnership with Premier Systems. In 2016, there were rumors of Audi planning to start domestic production of vehicles with a $30 million investment. As of now, Audi offers its complete vehicle lineup in Pakistan as CBUs.

The 5th Generation Audi A6 was introduced in 2011. Audi A6 2022 is a front engine rear/four wheel drive subcompact luxury sedan. Audi A6 2022 featured an updated design language and it's based on the Audi's very popular MLP platform that underpins many cars in Audi's Range including the 4-door Audi A7.

The A6 received a facelift in 2015 where it received a series of minor cosmetic and other upgrades that include Audi's all-new glare-free Matrix LED headlights, infotainment system with Tegra 3 processor and Handwriting recognition.

The Avant version features identical styling to the 4-door saloon apart from being slightly longer to accommodate the rear tailgate. The RS6 Avant features a more aggressive and sporty design language. The front end houses a larger front bumper with a larger Hexagon grille, a small trapezium air intake flanked by dual air intakes with aluminum accents and a front splitter.

The rear end houses a sports dual circular tip exhaust system and a roof spoiler. The facelifted variant of the Audi A6 features the brand new Audi Glare-free HD matrix-design LED headlights. Options include a choice of 2 different styled rims.

The overall exterior of the 5th generation Audi A6 features a fairly unique and distinctive design language that allows it to stand out amongst its rivals.

The interior of the 5th Generation Audi A6 features the usual Audi design language. The front and rear seats are covered in a choice of black, nougat brown and beige leather upholstery.

The new Audi A6 also comes with the option of contour ambient light package. It coinsists of 30 different colors to set the ambience of the car and create an environment according to the passengers’ mood.

The Audi A6 comes with driver assistance that comprises of several sensors and cameras. A camera is mounted on the front of the car which scans the road for any potential threat. In case of chances of an accident, the car warn the driver and if no action is taken, the vehicle brakes automatically. Adaptive cruise assist, paired with traffic jam assist, keeps the car centered in the lane while also maintaining a safe distance from the vehicle ahead. A camera mounted on the top of the car gives a virtual 360 degree view of the whole vehicle.

The overall interior of the 5th Generation Audi A6 features a good amount of interior space in both the front and rear for a sedan of its exterior dimensions. Its rear seats come with the option of 40/20/40 split-fold to create even more space when needed. It also offers a great level of comfort thanks to its various driving aids, luxurious interior and comfort features.

Audi A6 also has several options for its gearbox which include 6-Speed Manual,

The Audi A6 5th Generation can achieve an average of between 6KM/L to 18KM/L making for an estimated driving range of between 450 KM to to more than 1000 KM from the sedan's 75-liter fuel tank.

Audi A6 2022 combines the comfort of a sedan with the performance of a sports car. The luxurious sedan is equipped with traction control and stability control for a smooth ride. The sporty vehicle can accelerate to a speed of 100km/h in just 6 seconds.

The quattro with ultra technology controls the car’s traction and maintains ride efficiency, providing a safe and comfortable ride.  Black optic sport package in Audi A6 comes with a lower ride height along with sport suspension which makes the handling easier and more efficient.

As Audi A6 has been in the Pakistani market for a long time and provides its auto parts through its several partners.

The main competitors of the 5th Generation Audi A6 are the BMW 5 Series, Mercedes E-Class, Jaguar XF and the Jaguar XJ, Toyota Crown, Hyundai Sonata, and Honda Accord.

Honda Accord shares several features with the A6 and comes in a lot cheaper. It has a higher fuel capacity than the A6 but its engine only generates a power of 179 hp @ 5600 RPM at a torque of 233 Nm @ 5000 RPM which is a lot less than the A6. the accord competes with the A6 in mileage and fuel consumption which is similar in both cases. Accord also reaches approximately the same top speed as that of A6 making it a strong competitor.

When it comes to engine power, Hyundai Sonata gives a good competition to Audi A6 with a power of [email protected] It is also a lot cheaper than the A6.

Toyota Crown is another luxury car which competes in the market with Audi A6. Crown has more engine power of 245 hp / 180 kW and has a shorter wheelbase. It also competes in price with the A6 by being a bit cheaper but cannot beat the speed and mileage of the A6.

Do you own a Audi A6

END_OF_DOCUMENT_TOKEN_TO_BE_REPLACED 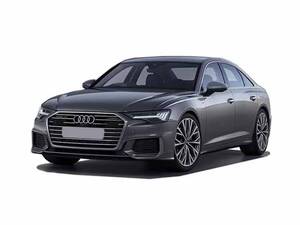 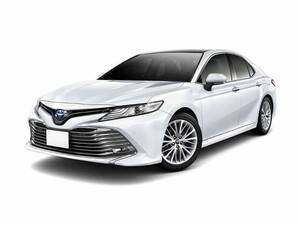 Other Audi A6 Generations

Audi A6 for Sale in Pakistan

END_OF_DOCUMENT_TOKEN_TO_BE_REPLACED

Used Audi A6 by City