Not Eligible for Finance

Toyota Camry is a mid-size sedan from the Japanese automaker. It was launched in 1982 and has gone through multiple generations. After Corolla, Camry has enjoyed world-wide success and renown. From 1979 to 1982, Camry came as a narrow body and was called Celica Camry. In this era, it was a compact four-door sedan. It was offered only with rear-wheel-drive and front engine configuration. It came with a 5-speed manual and 4-speed automatic transmission. Engines included 1.5L, 1.8L and 2.0L variants. Currently Camry competes fiercely with Honda Accord across the globe.

These are narrow body shapes of Camry. This generation was launched in 1982 and the production ended in 2003. After this generation, a wide body style was introduced and the Camry was casted as a mid-size sedan. In 1986, a station wagon variant was added. In 1990, this variant was discontinued due to poor sales performance. In this era, only four-cylinder engines were offered. Even in older generations, Toyota Camry came equipped with a lot of standard equipment. These included power steering, power windows, power mirrors, adjustable steering and rear folding armrest.

These generations were referred to as wide body sedans. A V6 petrol engine was introduced in 1996 and it has since been offered in the Camry lineup. Two trim levels were introduced and these were regular and prestige trims. These wide body models were manufactured on the Toyota K platform. This platform is very strong and lights at the same time. The current model is based on the Toyota New Global Architect. The newer models are also equipped with an optional all-wheel-drive system. These can also be equipped with hybrid powertrain.

Notable features in the current Camry include direct shift 8-speed automatic transmission, metallic front grille, dual exhausts with chrome surrounds, 19-inch alloy rims and LED tail lights.  There are three driving modes and these include Normal, Eco and Sport. There is a sport variant called the TRD trim. This trim has a V6 engine that produces 301 bhp. This is the same engine that comes in other higher trim levels of the Camry. Therefore, a new engine was not developed for the TRD variant. Only exterior and interior design changes were made.

The TRD variant has red brake calipers, cat-back dual exhaust, black seats and other trim pieces and red stitching to highlight the sporty nature of the sedan. A 9-inch multimedia screen is provided in the Camry that can be used to carry out various functions. Apple CarPlay and Android Auto are provided to pair your mobile phone effectively with the infotainment system. Smart key and push-start buttons make it very easy to get in and drive away in your car.

Toyota Camry Pakistan has been a popular four-door sedan in Pakistan. It was never manufactured locally. Since it was also imported, it was offered with a high price tag. However, customers could easily get spare parts and get their Camry's maintained from a Toyota dealership. Given the increased competition in the market with German brands like Audi, it is difficult for a high-priced Camry to compete effectively with a high price tag.

Best selling car in US

I am based in the US and own a 2011 Camry SE 2.4. Its the sporty version of Camry. It is different from the regular Camry as it has dual exhausts, 15% stiffer suspension, 3-spoke steering wheel, ...

i think it is a vip car because it is a classic car goog style performance is best it is a best family car i think it experience but good i have driven this car 200000 km i have best experience wit... 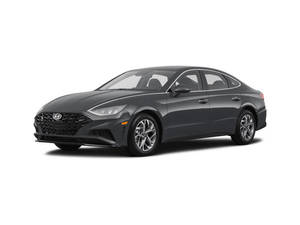 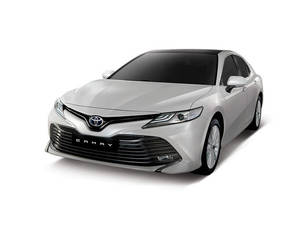