The exterior of the 1st Generation Honda Fit Aria features a fairly unique and distinctive design language. The front end houses sleek parallelogram styled side swept headlights with a trapezium shaped grille featuring two chrome trim pieces running its length along, dual rectangular fog lights and a flush bumper with a trapezium styled air intake. The rear end features parallelogram styled side swept taillights with circular inserts and a larger curved outward sticking bumper. The overall exterior of the 4th Generation Honda City is unique and imposing with design touches such as its large wheel arches and sloping roofline. All three variants of the 2002 Honda Fit Aria feature identical styling in every aspect.

The interior of the 2002 Honda Fit Aria features the use of light grey colored and beige colored plastic trim pieces. The front and rear seats are covered in beige colored fabric. Standard features on the car include air conditioning, cup holders, power lock doors, power steering, power windows, a stereo speaker system, rear defogger and a tachometer. The overall look of the interior is unique with the race inspired triple gauge instrument cluster and uniquely shaped switch gear though interior space in the rear in not up to par with its rivals. Features on the higher end 1.5 W model include leather upholstery and automatic climate control.

Do you own a Honda Fit Aria

END_OF_DOCUMENT_TOKEN_TO_BE_REPLACED 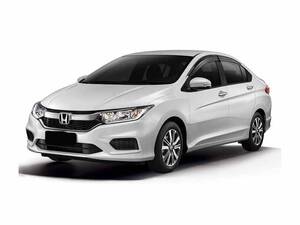 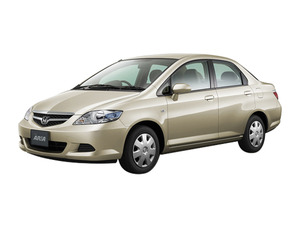