The overall exterior of the 1st Generation Honda That’s features a fairly unique and boxy design language. The front end houses narrow side swept rectangular styled headlights, a chrome grille and dual air intakes. The rear end houses stacked rectangular style side swept taillights and a standard case tailgate. The overall exterior of the 2002 Honda That’s is fairly unique that allows it to set itself apart from other cars in the same class. All variants of the 2002 Honda That’s feature identical styling in all aspects.

The interior of the 2002 Honda That’s features the use of beige and gray colored plastic trim pieces. The front and rear seats are covered in a choice of black or beige fabric. Standard features include air conditioning, power lock doors, power windows, stereo speaker system, dual front airbags, cup holders, power steering and a tachometer. Features on the higher end DIVA and DIVA Turbo models include satellite navigation and keyless entry. The overall interior of the 1ST Generation Honda That’s is fairly spacious in both the front and rear when considering its exterior dimensions and offers a good amount of comfort.

The Honda That’s 1st Generation can achieve an average of up to 15KM/L making for an estimated driving range of up to 525km from the compact kei cars 35 Liter fuel tank.

Do you own a Honda Thats

END_OF_DOCUMENT_TOKEN_TO_BE_REPLACED 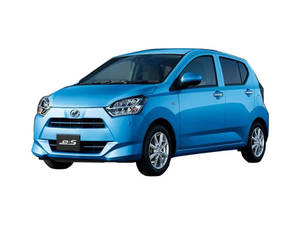 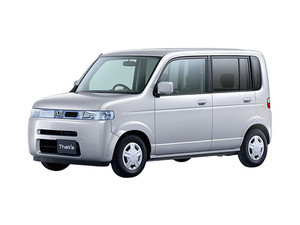 Honda Thats for Sale in Pakistan