Proton is a Malaysian automobile manufacturing company headquartered in Selangor, Malaysia. Proton became Malaysia’s first automaker with the country’s first ever locally produced vehicle – the Proton Saga. The company is making auto hits and selling 100,000 cars every year in Malaysia. Proton has recently debuted in the Pakistani market with their SUV, the Proton X70 and all car enthusiasts are thrilled about it.

Proton’s story traces back to 1983 when the company was founded on the country’s prime minister’s vision of creating a national car. Today, Proton has not only become a leading name in the Malaysian automotive industry, but the brand is also growing fast in many other countries including Pakistan.

Al-Haj Automotive Private Limited is building the first ever Proton cars manufacturing plant in Karachi since 2019. Once the plant is established, Al-Haj Group will import Proton car parts, locally assemble the cars and sell them in Pakistani auto market through local dealerships, just like all the other local cars.

Performance and Technology in Proton Vehicles

Proton cars are the champs of safe, fast, and affordable vehicles. Proton has equipped all of its cars with some of the best engines in the industry and still tagged them off with cheaper prices than their competitors.

Proton X70, a C-segment SUV with a flexible architecture and solid interior and engine, is now available in Pakistan in two variants AWD Executive and FWD Premium. This car has broken all the sales records in the Malaysian market and is going to give a tough time to its Pakistani rivals: KIA Sportage, Hyundai Tucson and MG HS.

Availability of Proton Cars in Pakistan

First Proton vehicle, the X70, is here in Pakistan and a second one, the Saga, is on its way Proton vehicles are almost here in Pakistan – almost! Pakistan’s Al-Haj Group has partnered with Proton Holdings to be the official distributor of Proton cars in Pakistan. CBU units of Proton X70 and Proton Saga are arriving in Pakistan and will be available for sale very soon.CBU units of Proton X70 have arrived in Pakistan and are available for sale. The AWD Executive variant will cost you Rs4,890,000, while the FWD Premium variant is priced at Rs5,390,000. You can visit the official Proton website for more information and bookings of X70. Proton Saga is expected to follow the footsteps of X70 and be here in the Pakistani market in 2021.

Proton cars have entered the Pakistani auto market in partnership with the Al-Haj Group.

Proton X70 and Proton Saga are expected to win the hearts of many Pakistani car buyers with their attractive package of excellent features and reasonable prices. Users can find Proton car pictures and specs at PakWheels.

a very nice car and i think it ia a value to money car and i am advising you that if you're thinking to buy it don't vast time go ahead and buy it and it offers more options than other cars in mark...

One of the best

Thank you Proton for launching the one of your best variant in Pakistan. with an economical price. The other giant automotive manufacturers should open their eyes and see what crap they are se... 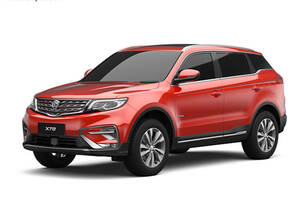 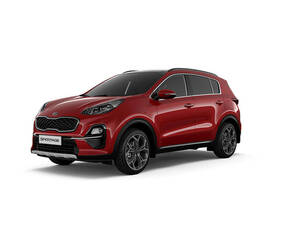