The exterior of 11th Generation Axio features a unique design language. The front fascia features sharp narrow side swept headlights, a small chrome grille, a larger hexagon air intake and standard fog lights. The rear end houses trapezium shaped side swept headlights, a chrome trim piece running the length of the trunk and a large bumper. All variants of the Toyota Corolla Axio features identical styling in every aspect. The overall exterior of the 11th Generation Toyota Corolla Axio is distinctive and proportioned.

The Toyota Corolla Axio 11th Generation can achieve an average of between 15KM/L to 22KM/L making for an estimated driving range of between 675KM to 990KM from the sedans 42-liter fuel tank. 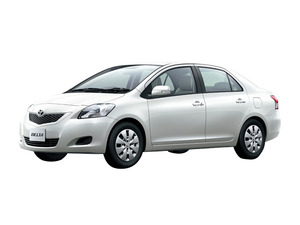 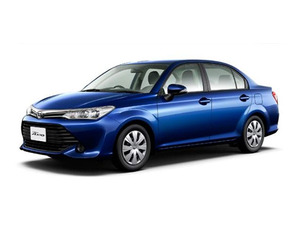 not so eye catching exterior,interior is good neither too attractive nor too boring,fuel economy is way better than other cars coz of hybrid technology, price is bit high but its worth it,made for ...

dear readers first of all i have to say that i have been using this car from last 3 months. exellent car with average milage of motor nd gt road combine 18kmpl. ride height is great pick is little...