Toyota Prius was launched in 1997 as a hybrid vehicle. Its exterior styling was unconventional at that time. It has a fastback style and resembles hatchbacks to some extent. Toyota Prius is not only a fuel-efficient vehicle but also produces much less carbon emissions compared to other vehicles. At first, the Prius was only available in Japan. In 2000, Toyota made it available worldwide as the first mass-produced hybrid vehicle. Nowadays, Prius is available in a longer hatchback version called the Prius V. It looks more like a minivan. It is also available as a small hatchback similar to Toyota Vitz. This is called the Prius C.

The first generation was introduced in 1997. It remained in production till 2003. This generation was only available in Japan. This was the time when Prius started to gain attention from the rest of the world. This was because it was the first gasoline-electric powered car that was mass produced. There was a facelifted model introduced in 2000. This model was introduced to the world and was exported from Japan by the company. Standard features in this generation included power steering and air conditioning. In most parts of the world, the Prius was available in three trim levels. These were standard, base and touring.

The second generation of Prius was in production from 2003 to 2009. The exterior design was a total revamp compared to the outgoing model. It was marketed as an option between the Corolla and Camry. It had a significant cargo area due to the liftback styling. It was ranked high on comfortability factor as the headroom and legroom were substantial. The battery pack came with a warranty of 240,000 kms or 10 years.

The current and fourth generation of Prius was launched in 2015. The fourth generation of Prius was based on the Toyota New Global Architecture (TNGA) platform. This platform ensured high rigidity of the structure and a lower center of gravity. In 2018, Toyota introduced a facelift of Prius. The facelift model came with an all-wheel-drive option. This option is commonly known as the E-Four system. Redesigned headlights and taillights were the highlights of the design changes.

Toyota Prius Pakistan is a popular car in the country. This is because the ride quality is amazing, the car is fuel efficient and packed with high-end features. These features are not available in the price range of Prius. Spare parts can be expensive but they can be easily bought from the local market. Resale market is very active for Prius and maintenance can be done fairly easily from the local market.

Toyota Prius S 1.8 is one of the best hybrid cars I have driven. Great comfort, fuel average is 16 to 18 in city depending upon your drive. Suspenion is a little stiff. only use high octane on Pr...

From the exterior the car looks quite modern for 2005 especially in pearl white, from the interior the car is a bit plasticy but has fabric on door panel and and a good lcd for the battery full a n...

END_OF_DOCUMENT_TOKEN_TO_BE_REPLACED 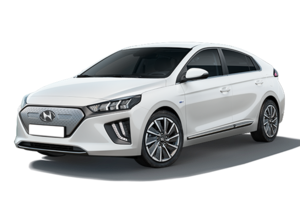 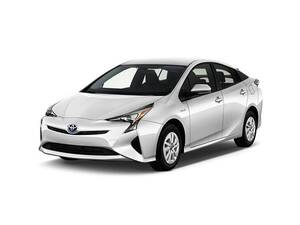