The Toyota Aqua 1st Generation can achieve an average of up to 37KM/L making for an estimated driving range of up to 1184KM from the compact hatchbacks 35 fuel tank.

The main competitors of the 1st Generation Toyota Aqua are the Honda Insight, Toyota Prius and the Lexus CT200h.

if u need a car which use less petrol then the best choice is Aqua. The drive, build quality and everything else is fantastic. The car is awesome as it does max 38 in city with extreme soft drive a...

EXCELLENT CAR FOR Eco friendly family's and people. It does 35 km per litre if u drive the car very softly and is harsh then it can do 22 to 26. Best car I ever have and its billions of time batter... 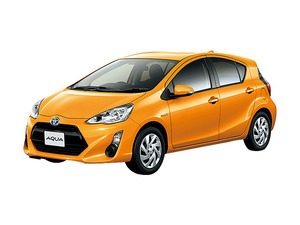