The Ford Motor Company, commonly known simply as Ford is one of America’s Big Three automakers and is the second largest car maker in America and fifth largest worldwide. Ford was founded by the legendary American entrepreneur Henry Ford and was incorporated on 16th June 1903. Ford sells automobiles like cars, SUVs and commercial and farming vehicles under its Ford name and luxury cars/SUVs under its Lincoln division. Ford came up with the concept of assembly lines and changed the face of large scale automobile manufacturing. Two of Ford cars, Ford Model T and later Ford Mustang, changed the direction of car manufacturing in their respective times. Ford F-series trucks also have an iconic status.

During its time, Ford bought and sold several other car makers, including Volvo, Aston Martin and Jaguar. Ford still owns some part of those and other carmakers, including Mazda. Ford introduced V8 engine in 1932. The company saw the loss of $12.7 billion in 2006, the biggest in its history. Ford saw bankruptcy during the financial crisis of 2007-08 but has now returned to the profitability. Throughout its time, Ford has come up and dropped several Ford car and SUV models. Mercury, a sub-brand of Ford to sell entry level cars worldwide was discontinued in 2011 after years of poor sales.

Some of the Ford cars that made a huge impact for the automaker include:

Ford Mustang is undoubtedly one of the most iconic car Ford company ever made. It belongs in the same list along with Ford cars Model T and Volkswagen Beetle for making its impact on the worldwide auto-scene. It was started the American muscle car era in the 60’s. After trying and testing few concept Ford Mustang cars that were based on Ford Falcon in the early 60’s, Ford finally launched its first Mustang in 1965. Ford Mustang cars were in direct competition with cars like Firebird, Javelin, Challenger and the Camaro.

Ford also make buses, heavy duty trucks and farming machinery like tractors. Unlike other American car makers, Ford has competed and been part of the international auto racing for a long period of time, including Le Mans and FormulaOne. Ford is the only American car manufacturer to have won the 24 Hours of Le Mans with their GT40. Cosworth, a racing division of Ford, supplied engines to FormulaOne teams from 1967 to until it was sold in 2004. Ford has been taking part in World Rally Championship since its start in 1973 and took the constructor’s title in 1979 with their Ford Escort rally car. 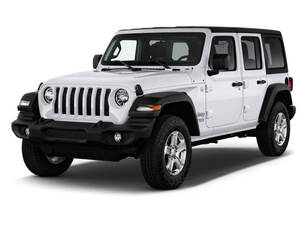 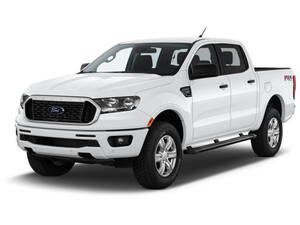