Ford Mustang history can be traced since 1965; however the original two-door concept Mustang evolved in 1963 as a four-seater vehicle. The latest sixth generation Mustang was unveiled on December 5th, 2013 in New York, California, Spain, Barcelona, China and Sydney. At the time of purchase, one has three engine options to select from. Ford Mustang price varies as it has different trims. Mustang price 2015 were slightly lower compared to mustang price 2106, however, Mustang price 2017 are not officially revealed, but it is expected that they are going to follow the increasing trend.

As there are a handful of Fords in Pakistan, ford mustang price in Pakistan cannot be determined easily.

Used Mustang car price in Pakistan can vary between two extremes, but usually, they are tilted towards the upper extreme. Previously the trend of restoring a vehicle was not commonly found but during the last two decades, it is seen that people do bring back the dead cars alive, and, therefore, values of such cars have increased. A brand new Mustang price in Pakistan can start from 5 million and reach up to 15 million. However, ford mustang price truly reflects the options it offers to the passenger and make sure the owner is happy at the end of the day. Few Mustangs were imported in Pakistan as well, and one of them was a feature car at the PakWheels Peshawar Auto Show 2015.

The look of Mustang has always been robust enough to gulp its competitors. The nicely done curves reflect the beauty of the vehicle. The projection headlamps combined with LED rear lights further add up to the beauty. The front grille of the entire Mustang is same apart from GT 350 and convertible premium models. However, the chassis of all the models, soft top or hard top is the same.

The Ford Mustangs were made from 1994 to 2004 and was the first gen to be sold in Australia. Fifth gen Mustangs were made between 2005 and 2014 and had the retro styling, calling back the first generation Mustangs. This generation revived the dying breed of this American muscle car. The car went through various facelifts and engine updates. Carol Shelby also came up with his version with the Shelby GT500. Ford Mustang GT500 (Shelby GT500) had a supercharged V8 and produced 550bhp and 690 N.m of torque.

The interior of the latest Mustang gives an aeronautical touch, however, adding premium dash stitches further beautified the room. The aluminum trim on the steering wheel gives a classy look and makes it comfortable for the thumb to rest on. The typical round speedometer connects it back to the ancient models, not forgetting where it started from. All in all the room is comfortable and luxurious at the same time.

Ford Mustang 2015 (6th generation) was unveiled in various location worldwide on 5th December 2013. The car was developed from a scratch. Ford Mustang 2015 price varies depending upon variant and engine size.

Third gen Mustang came in convertible, coupe and hatchback body styles. Due to the rising fuel prices in that time, Ford thought of making a FWD version of the Mustang by using Mazda MX-6 as a base but decided not to after Mustang owners’ objected to the idea.

The two main competitors of Ford Mustang are Dodge Challenger and Chevrolet Camaro.

Do you own a Ford Mustang

END_OF_DOCUMENT_TOKEN_TO_BE_REPLACED 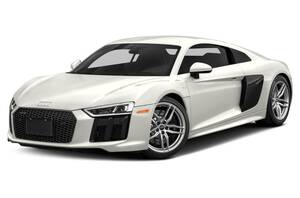 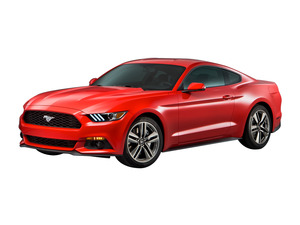 Ford Mustang for Sale in Pakistan

END_OF_DOCUMENT_TOKEN_TO_BE_REPLACED

What is the minimum price of a used Ford Mustang in Pakistan?

What are the variants of Ford Mustang?

There are 1 variants of Ford Mustang which are Ecoboost Fastback.