Suzuki GS 150 SE is a popular 150cc bike in the Pakistani market. Suzuki GS 150 SE is said to be an accomplished bike for several reasons. One of the most prominent features this bike holds is the electric start system along with as well. An extremely energetic performance of 150cc 4 cooled SOHC engine is admired by the youth to a considerable extent.

An attractive dashboard with an additional dial adds value to the consumer’s money. A circular front headlight on the Suzuki GS 150 SE is inspired by the international models of Suzuki. Further, Suzuki GS-150 SE possesses a highly comfortable and full seat that takes the comfort quotient to the next level. A 5-speed gear transmission coupled with a disc brake in an entirely reasonable price range is an unbelievable competitive move by Suzuki.

The Suzuki GS150 SE 2022 comes with a 4-stroke, air-cooled, OHC engine. Its bore and stroke measure 57 x 56.8 mm respectively. It comes with a 5-speed constant mesh transmission and a compression ratio of 9.2:1.

The rear tire is wide which provides more stability and the powerful shock absorbers make the ride smooth.

The Suzuki GS150 SE 2022 comes in a stylish and sleek design but nothing out of the ordinary. The seats are comfortable and flat. The body comes with new eye-catching graphics. It sports a headlamp and a brake light, both of 12V each. The ignition in the Suzuki GS150 SE is an electronic CDI ignition. The new front fender gives more protection to the front tire and adds to the design of GS150 SE. The star-shaped alloy rims also give it a stylish look.

The Suzuki GS150 SE has a strong grip and is easy to handle. Its disc brake gives more control to the rider and its powerful suspension absorbs shocks easily, providing a smooth riding experience.

Suzuki GS150 SE has a moderate resale value in the Pakistani market.

Yamaha YB 125Z and Yamaha YB 125Z-DX beat Suzuki GS150 SE when it comes to mileage and compression ratio. The YB models also have a better resale value in the Pakistani market than the Suzuki models.

The Honda CB 150F and Honda CG125 SE both have a better fuel economy and larger fuel tank than the Suzuki GS150 SE. Honda also beats Suzuki when it comes to resale value in the Pakistani market.

END_OF_DOCUMENT_TOKEN_TO_BE_REPLACED 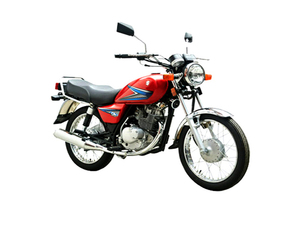 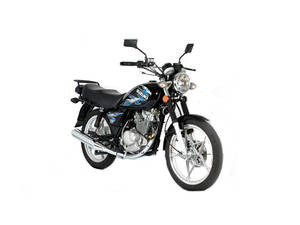 despite of lot's of criticism on the old Look of GS, i am satisfied with this design because on sporty bikes like YBR etc it become very difficult to carry Family (esp for going with susral ki...

Bekar bike with poor company after sales and service

Old style with knocking in engine, vibration at high rpm and poor company response. Heating issue of silensor. Visited multiple times, complained multiple times but their response was ALL IS WELL. ...