Lifan is one of the well-known bikes manufacturers in China.KPR 200 is from their champion winning series. They have claimed to win 17 out of 18 CRRC competitions. The bike comes with a powerful 200cc water cooled engine and six-speed transmission. The bike is equipped with LED headlights with day time running. The bike gives a smooth ride and response well on sharp edge turns.KPR 200 has a 14-litre fuel tank. For beginner riders who are looking for an affordable, stylish and easy to handle sports bike then KPR 200 is the perfect choice for them.

END_OF_DOCUMENT_TOKEN_TO_BE_REPLACED 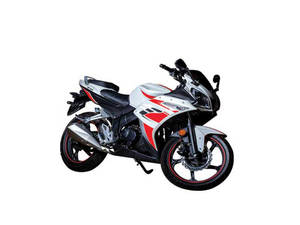 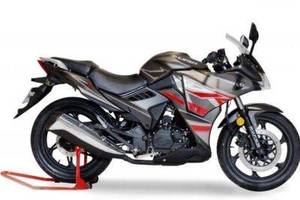 Bike style is very good and in this price you get a very valuable machine. We expect a more models from lifan. ...

What is the engine displacement of Lifan KPR 200?

The engine displacement of Lifan KPR 200 is 198cc

What is the fuel tank capacity of Lifan KPR 200?

Which bikes are similar to Lifan KPR 200?

What is the mileage/fuel average of Lifan KPR 200?

What is the overall rating of Lifan KPR 200?

END_OF_DOCUMENT_TOKEN_TO_BE_REPLACED

Initially, this bike was launched by ZXMCO. At that time, to reduce the cost, the importer launched the bike with low-quality engines. As a result, a lot of the bike owner’s had issues with the bike. However, to resolve the issues, the engines were imported from abroad.  The bike was again introduced in Pakistan by Rapid Rides based on European standards. The quality of the bikes which Lifan is exporting in Europe is the same as the Lifan bikes being imported now in Pakistan. Not only Rapid Rides sell the bike, but they also have spare parts for sale and have launched a service center as well.  Engine  The bike has a powerful 200cc water-cooled engine and six-speed transmission. This bike has a 2nd generation engine which was introduced in Feb 2019. The main difference between the 1st generation and 2nd generation is the crankshaft which has significantly improved in terms of quality. This has resulted in improved engine rotation and cooling technology.   Furthermore, there have been changes in the gearbox and clutch place system. Overall, performance has improved greatly.  The engine’s displacement is 198cc and produces 17Hp. The wet weight is 149.7 kg. All the 150cc bikes have a wet weight between 135 to 150. This means that this has the same wet weight as that of a 150cc motorcycle, but this gives us 50cc more in displacement and 3 -4 hp more. This explains why the top speed is 130 to 140. The bike has excellent throttle and pick.  Gearbox and brakes The gearbox has six transmissions. The bike has soft gears and doesn't require much force. The same goes for the clutch.  The bike has excellent stopping power. Both front and back have a disc braking system. The front has a dual-piston caliper disc, and rare has a single-piston caliper disc.  Price  According to the current dollar rate, the price of this bike is PKR 385,000. As per the dealer, the bike will be available to the customer 45 days after booking.  Engine oil The bike uses 1.25-liter engine oil. It has a paper air filter which costs PKR 700.   Design and wheels Colors available are black and red with a metallic finish and white matte. Paint quality is that of the European standard, and much better than he previously launched biked. The bike has a microfibre texture in the non-painted black part of the bike.  Lifan KPR 200 is equipped with 17 inches alloy wheels and tubeless tires. The wheel at the front is 90/90, and the wheel at the back is 120/80.  Features  Right side grip has a self-start, parking light, main headlight, engine kill switches. A mobile charging gauge is also available. The left side has a horn, indicators, high and low beams switches; and a dipper option.   Rpm meter is analog. The speedometer is digital and can be switched between miles per hour and kilometers per hour. It displays the time, fuel volume, and other information.  Lights Front headlight comes with dual DRL lights. The main light is a projector with low and high beam options. The rear light is led.  Suspension  At the front, there is a telescopic fork, and rear has a single mono-shock. The rider can adjust this according to his weight and height.  Comfort  Riding is comfortable because the seat is cushioned. However, the bike requires the rider to lean forward a bit. Over time, people can get used to doing this.  See the complete video review below: Drop your thoughts in the comments section below.

Lifan KPR 200 for sale in Pakistan