The first generation Suzuki Hayabusa had a 1,299 cc liquid-cooled, inline-4 engine with sixteen valves driven by dual-overhead camshafts. The combination of this powerful engine and sophisticated aerodynamics elevated the Hayabusa's top speed far above that of the Honda CBR1100XX Blackbird.

The Hayabusa's abundance of power at any engine speed made the Hayabusa easier to ride by giving the rider a greater choice of gear selection for a given speed and stunning acceleration.

Suzuki lightly revised the GSX1300R for the 2008 model year, with a minor restyling of the bodywork, and fine-tuning of the engine's head, pistons and exhaust. Though the engine changes were relatively limited, they still yielded a large horsepower increase, and brought the bike into compliance with new noise and emissions requirements.

There were no changes through the 2011 model year except for new colors.

The fuel tank capacity of the Suzuki Hayabusa is 20.0 liters and its speed can go up to 312 km/h which makes it suitable for long rides.

The Suzuki Hayabusa has an electric starter system which is modern and makes it convenient for the rider to quickly start the bike when in a hurry. The instrument panel has bigger, bolder numbering with backlit raised scale markings around the periphery on the analog tachometer and speedometer for better readability. The new Hayabusa comes with the new TFT LCD panel mounted in the center which features Active data display which includes real-time display of the lean angle (with peak-hold function), front and rear brake pressure, rate of acceleration, and throttle position.

The Suzuki Hayabusa has a sleek, aerodynamic silhouette with a luxurious styling. Its design is emboldened by an upswept tail and mufflers lending to the aggressive stance of its mass-forward image.

Its exterior has splashes of color and chrome accents which contrast the blacked-out panel sections to give it more depth and make it appealing to the eye.

The Suzuki Hayabusa has an average fuel consumption of 11.0 km/l.

The Suzuki Hayabusa is praised for its all round performance which does not only focus on speed but also on stability and performance. The bike can go up to 312 km/h which is a very high value for a bike. Its 6-speed transmission allows smooth shifting between gears even at high speeds. Its weight provides stability to the rider and keeps the bike planted on the road. The bike has great  cornering ability and its design and seats are comfortable for long rides.

The Hayabusa has a moderate resale value as it is a pricey sports bike and is only in demand by the speed-loving bike enthusiasts.

The Ducati Panigale V2 comes with dual channel ABS and three riding modes: sports, street, race. It also has other modern features like traction control, bluetooth connectivity, navigation and different power modes. All such features are absent in the Suzuki Hayabusa.

With double disc brakes and dual channel ABS. The Kawasaki Ninja ZX-14R has an edge on the Suzuki Hayabusa. It also has different power modes and riding modes. Modern features of traction control, digital odometer, digital tripmeter, and a pass switch also give it an edge over the Hayabusa.

END_OF_DOCUMENT_TOKEN_TO_BE_REPLACED 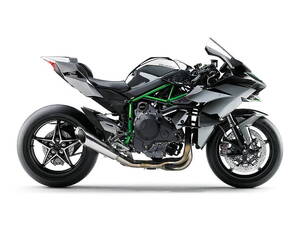 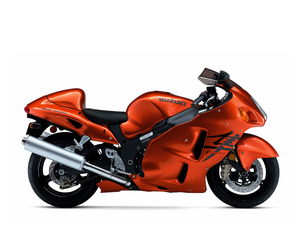 The overall rating of Suzuki Hayabusa is 5.0/5.0 based on:

What is the mileage/fuel average of Suzuki Hayabusa?

The fuel average of Suzuki Hayabusa is 11.0 KM/L

What is the top speed of Suzuki Hayabusa?

The top speed of Suzuki Hayabusa is 312 KM/H

What is the engine displacement of Suzuki Hayabusa?

The engine displacement of Suzuki Hayabusa is 1340cc

What is the overall rating of Suzuki Hayabusa?

The overall rating of Suzuki Hayabusa is 5/5 based on:

END_OF_DOCUMENT_TOKEN_TO_BE_REPLACED 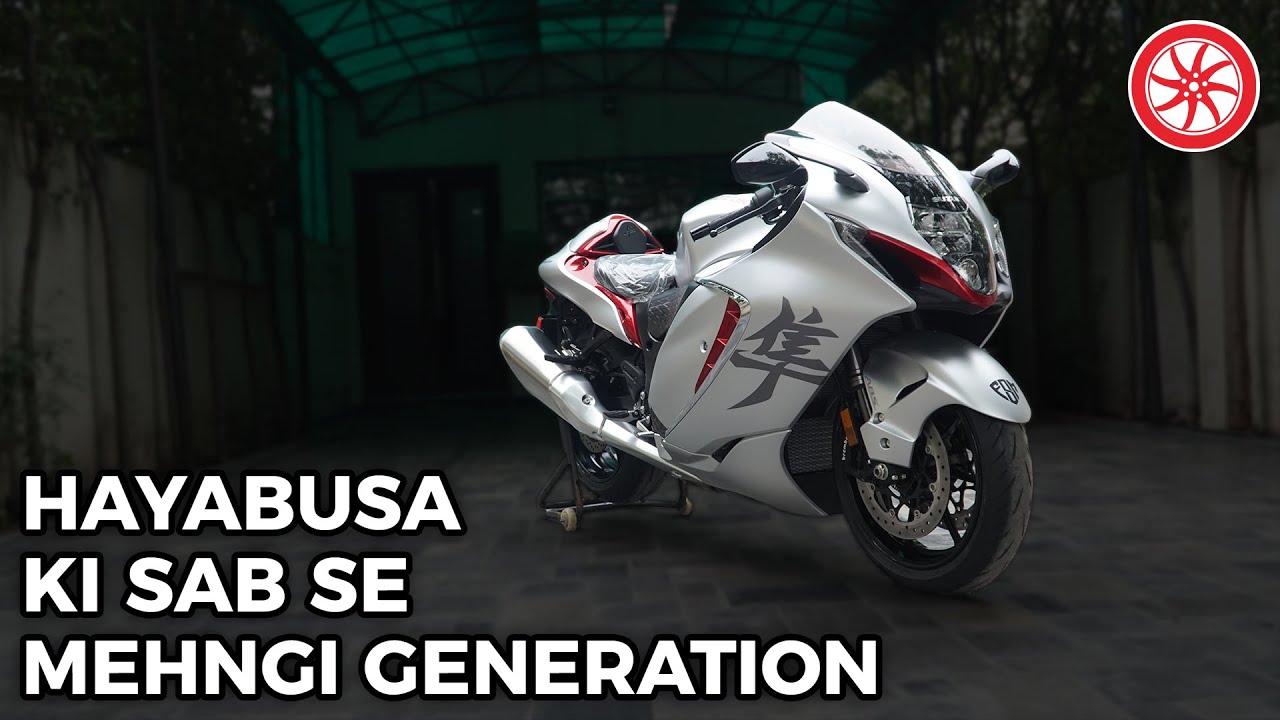 "Most Expensive Generation of Suzuki Hayabusa", - A Walkaround

If we talk about superbikes, Suzuki Hayabusa is one machine that is famous across the globe. The under-review bike is 3rd generation of the bike. The first generation came in the late 1990s with a 1300ccc engine, which was huge for the time period. Although Hayabusa is not among the top superbikes in the world now, it's hype of heavy bike increasing in Pakistan.  Engine The 3rd generation comes with a 1340cc engine, which produces 187hp and 150Nm of torque. Although its horsepower and torque are slightly less than the previous generation, its performance is still superior, especially its 0-100 in 3.2 seconds. Body of Suzuki Hayabusa The reasons behind the bike's performance are its aerodynamics, material, and gear shifting, among others. The company has maintained the bike's "fat boy image" in this model. The superbikes from Kawasaki or Yamaha have more cuts, while Hayabusa is curvy. The front of this bike is quite similar to the previous generation; however, its DRLs and front lights shape make it modern. The rearview mirrors in piano black color look stunning. The manufacturer has used a combination of matte silver, piano black colors, chrome fitting, and red strips, giving a very chic outlook to the bike. On the side, you will see the Hayabusa logo in Japanese, Brembo brakes, and 17-inch alloy wheels. Overall, the side profile is pretty much the same as the previous generation. The rear of the bike is very different from the last generation, but the rear nose's shape is quite similar to 1st generation Hayabusa but use of LED in lights gives it a very stylish look. The dual exhausts have always been a signature style of this bike. Ride Position  The ride position of this bike is very comfortable; however, it is a heavy machine, and you have to tread it carefully. Due to its size and bulkiness, sometimes it becomes hard to maneuver this bike in heavy traffic and traffic jams. Meter The meter's design will show how much this bike is different from the 2nd generation. This one comes with a TFT meter compared to analog in the last model. The meter shows basic information, including ABS indication, heat, fuel, and traction control, while you can also see analog RPM and speedometer. There are three driving modes of the bike where you can set power and traction as per your choice. Top Speed The bike can go up to 300km/hour. Shocks of Suzuki Hayabusa The bike comes with KYB shocks, and you can adjust its damping. Furthermore, you can adjust its height with its rear coil. Safety Features One of the best safety features in this bike is an anti-one-wheel function, meaning there is a power control that will cut off your engine if you try one-wheeling. Furthermore, a meter on the rear wheel adjusts the ABS along with traction and skid protection. Suzuki has made this bike a very safe machine. Price of Suzuki Hayabusa The current price of this Suzuki Hayabusa is between Rs. 8.5-9 million is way too expensive compared to its old generations. The previous generation of costs around was around Rs.2.6million at the start, and its facelift cost around Rs. 5 million. Watch Video 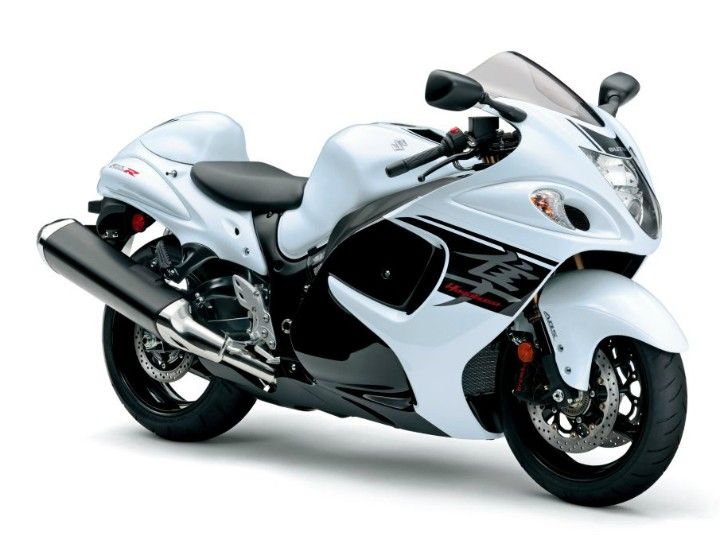 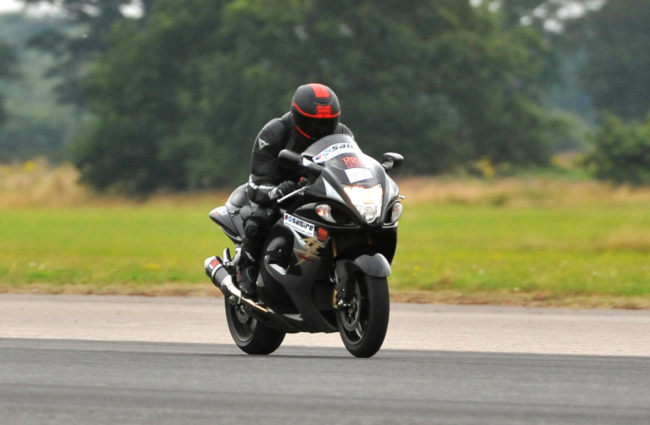 We should do whatever in our capacity to help disabled people, whatever we do for them shouldn't be out of pity because time and again, they prove to be as one of the greatest inspirational people in the world. Meet Stuart Gunn, a rider from Edinburgh, Scotland, whose performance I am sure has inspired thousands, is a disabled and a blind man but that is no limitation for him as he has just broken the current speed record for disabled people on a Suzuki Hayabusa. How awesome is that! Around 1,500 people had gathered to witness Stuart's attempt with the event properly timed and judged  as his performance would be sent to Guinness Book officials for consideration and induction in the records book. Stuart posted a speed of 167.1 MPH (268.86 km/h) and became the fastest blind and disabled rider of the world. The amazing Mr. Gunn throttled away to 167.1 mph (268.86 km/h), thus becoming the fastest blind and disabled rider of the world. Stuart, 39, was involved in a terrible road accident 11 years ago, and was left with his back broken in two places, broken ribs and a smashed shoulder, plus a paralysis in the right side of the body. Fighting hard to regain mobility and helped by his riding father Geoff, was able to get back on a bike once more. Geoff rides alongside Stuart and uses the intercom to tell him to correct the steering when drifting off the course or has to brake. Stuart said, ‘I have ridden for years with my dad and so it worked really well.’ Well done Stuart!

Suzuki Hayabusa for sale in Pakistan