A mid size SUV based on the Honda Civic, Honda CR-V was first introduced in 1995. It was a new model positioned between the HR-V and the Honda Pilot. The name CR-V, according to Honda, means “Comfortable Runabout Vehicle”. The model was Honda’s answer to the rapidly evolving crossover market and their effort to keep up with the competition.

In Pakistan, Honda introduced the CR-V in 2018 as CBU units. Current generation sold in Pakistan is the same as the international markets.

On the rear, the trunk has a prominent horizontal character line between the tail lights similar to the Honda Civic of the era. The rear tail lights themselves are mounted in a near vertical fashion similar to the Civic’s younger sibling, Honda FIT. Dual exhaust tips are another feature to add to the sportiness of the vehicle.

CR-V features a leather clad interior giving the vehicle a premium feel. The digital gauge cluster is another hint to the design inspiration from Honda Civic. The car features heated and powered front seats with two tone leather across the front half. The black leather dashboard with Honda’s latest infotainment system and a dual zone climate control are other interior highlights.

Internationally, Honda CR-V is currently sold with multiple engine options that include petrol, diesel and hybrid. In Pakistan the car is only sold with a 2.0-litre petrol engine with CVT transmission.

The car has a mileage of 10-12 kilometres per litre in the city.

In Pakistan, Honda CR-V doesn’t have any direct competition. Based on the price, its competitors are Toyota Fortuner, Kia Sorento, and Haval H6.

2018 CR-V 2.0 with Turbo cvt excellent choice to buy I am very much satisfied with performance of the car. If possible please do an owners review of the same car of the Pakistani version.looking fo...

It has better functions than its competitors at its own time better drive better torque than Land Cruiser Prado although they share the same engine cc and it is not a very common car’ it is importe...

END_OF_DOCUMENT_TOKEN_TO_BE_REPLACED 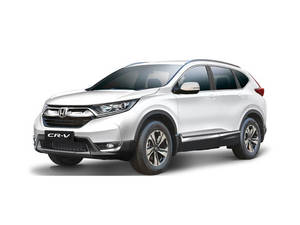 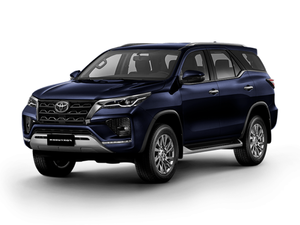 Honda CR-V for Sale in Pakistan