Toyota FJ Cruiser is a mid-size SUV made for off-roading adventures. It was styled with the ruggedness of the iconic FJ40 and luxury of a Land Cruiser. Hence, the name FJ Cruiser. The first generation Toyota FJ Cruiser came out in 2007 and discontinued in 2017 in Japan.

The SUV was available in both rear wheel-drive and four-wheel drive models.

The FJ Cruiser was a rugged off-roader that could get you anywhere. The car had an impeccable ride even on the bumpiest roads with its impressive ground clearance. However, the model was full of compromises. Chunky roof pillars and slit-like windows were the most unappreciated features.

Looks-wise, the FJ Cruiser remained unchanged throughout the ten years of its production. Toyota only made a few interior improvements here and there. One major addition was made in the 2013 FJ Cruiser, a second fuel tank that increased the car’s fuel capacity from 72 liters to a very useful 159 liters.

During its prime time, many Pakistani off-roading lovers used to export this car. Today, the FJ Cruiser is only a rare collector item owned and used by famous rally drivers.

Toyota FJ Cruiser has a bold appearance with a very retro feel. It has a two-tone design with an old-school grille, reverse-opening doors, and 20-inch wheels. The name “TOYOTA” is spelled across the grille, just like the FJ40. People call it the vintage-looking beast.

Under the hood of a Toyota FJ Cruiser, there’s a solid 4.0-liter V6 engine that produces 268 horsepower and 380 Nm of torque. Depending on the drivetrain, it uses either a 6-speed manual or 5-speed automatic gearbox.

Toyota FJ Cruiser’s 4.0-liter V6 powertrain is smooth and punchy but only goes up to 8.5 kilometers per liter.

Do you own a Toyota Fj Cruiser

END_OF_DOCUMENT_TOKEN_TO_BE_REPLACED 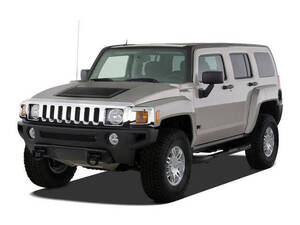 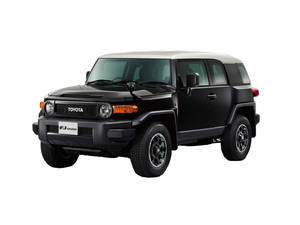